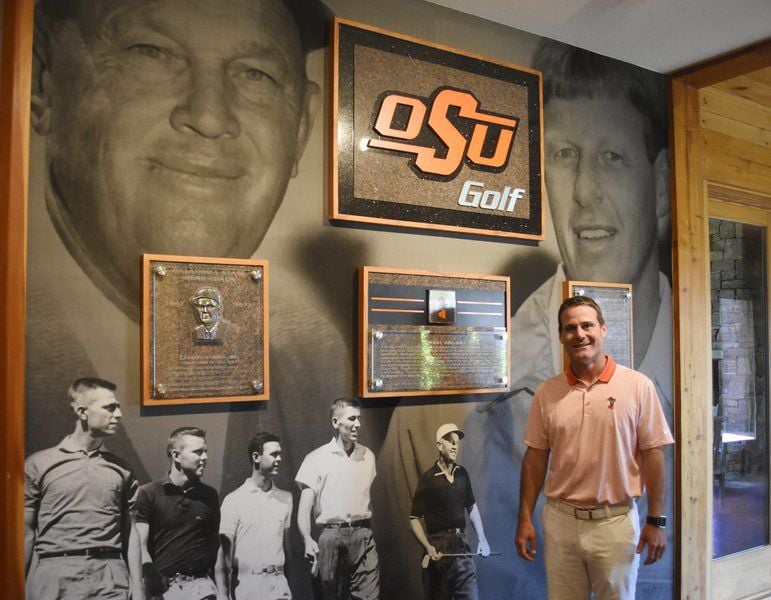 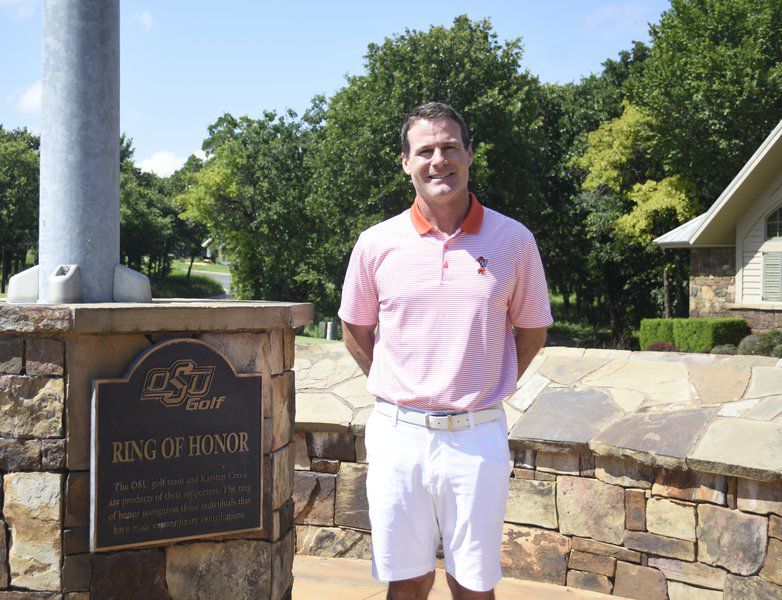 Greg Robertson is already ahead of the curve walking into the clubhouse at Karsten Creek Golf Club as the new women’s golf coach at Oklahoma State.

The former Cowboy golfer, who built a top 5 women’s golf program at Kent State over the past six seasons, already knows the expectations are high at OSU having played golf at Oklahoma State under Mike Holder.

And just because he’ll be in charge of the women’s program, which doesn’t have the history of the men’s golf program, doesn’t mean he expects it to be any easier under his former coach and now OSU athletics director.

“That’s the one thing I knew coming in what the expectations were,” said Robertson, who began his coaching career in 2001 as a volunteer assistant at Oklahoma State. “But I also know that with Coach Holder, the resources are going to be there with those expectations. He’s going to provide every bit of support, everything that you need. It’s great to have him there, as well, to be able to continue to talk to him and learn from him.

“I think it’s great to be in a program where the expectations are high, because that’s what you want. You want to be in a place where you’re going to be allowed the resources, and allowed to be successful. That’s a good thing. And I’ve embraced it.”

According to Robertson, it didn’t take long for Holder to zero in on his pupil as the replacement for Courtney Jones – who was fired a day after no Cowgirl advanced to the NCAA Championships. While Holder was at the NCAA tournament per his duties with the NCAA golf committee, he was clearly taking stock of his next women’s coach.

And shortly after Robertson’s team ended stroke play – missing on qualifying for the match play after back-to-back appearances in the final eight – Holder was reaching out to Robertson.

“He texted me about 30 minutes after we putted out at the NCAA Championships,” said Robertson, whose wife Ashlee grew up in Stillwater. “We talked, and he asked if I wanted to come over to visit since we were so close (to Stillwater) being in Fayetteville (Arkansas) for the NCAA championship. And I had a lot to think about on my drive here.”

He will also have a unique partnership with Oklahoma State men’s golf coach Alan Bratton.

While both coaches typically rely upon each other to build the Swinging Pete brand of golf at Oklahoma State, the two already have history.

“It’s been really fun following his success at Kent State, and watching what he’s done with that team over the last few years,” Bratton said. “Any time you make changes, and bring something in new, it’s great to have the familiarity. He knows what to expect from Coach Holder, and he and I know each other – we’ve talked through his whole career when he was coaching at Purdue and I was working PING, and we’ve remained friends. So there’s a comfort level there.”

During his time at Kent State, the program won 27 tournaments – including the Mid-American Conference championship each year, and the MAC Golfer of the Year each season – with four WGCA All-Americans and three-straight NCAA Championship appearances.

This past season, Robertson’s Kent State squad ranked No. 5 in the GolfStat national rankings heading into the NCAA Championships in Fayetteville, Arkansas, but the Golden Flashes failed to advance to the match play portion. He will also be bringing his assistant coach, Maddi Swaney, along with him. She was named the 2016 WGCA Assistant Coach of the Year.

“What we really tried to get there at Kent State, and is really no different from what you need here, is get more a blue-collar type player that wants to come in and put in work,” Robertson said. “I showed Alan a picture of three players on the driving range at Kent where there’s snow on the ground and they are outside hitting balls. So they really were quality people who worked extremely hard on the golf course. … Those are the type of players we are going to look to recruit, with that type of attitude.”

It’s that type of success that Robertson is wanting to return to Stillwater.

The Cowgirl golf program hasn’t qualified for the NCAA Championships since 2016 – and failed to qualify even an individual this past season – and just twice since 2010 (the other year coming in 2013). Prior to that, the Cowgirl program had qualified 10 consecutive seasons from 2001-10, with the program’s highest-finish at he NCAA tournament with a runner-up finish in 2004 – behind a runner-up finish by Karin Sjödin, who went on to have a 10-year career on the LPGA Tour.

Oklahoma State golf – both men’s and women’s programs – has had a deep, successful pipeline to Scandinavia, with many of the top Cowgirl golfers in program history being Swedish-born, such as Sjödin and Caroline Hedwall – who won the 2010 NCAA individual championship at OSU, won the World Amateur Championship in 2008 and reached as high at No. 23 in the Women’s World Golf Rankings in 2013 while playing on the LPGA Tour.

Robertson is hoping to continue tapping into that pipeline as he already has some roots there from his time at Kent State.

His top golfer this past season, Karoline Stormo, is from Norway and was an All-American Honorable Mention selection by the Women’s Golf Coaches Association. Back in May, she qualified and competed in the U.S. Women’s Open – in which Robertson caddied for her – and was one of two Scandinavia-born golfers on the Kent State squad this past season, along with Swedish-born Michaela Finn.

“I think it can be extremely significant. Swedes have done really well – both men and women – here at Oklahoma State, and then certainly the success we had with our Norwegians drawing off of Viktor (Hovland) and Kris (Ventura),” Robertson said. “You’re hopeful it can help in the future when it comes to recruiting.”