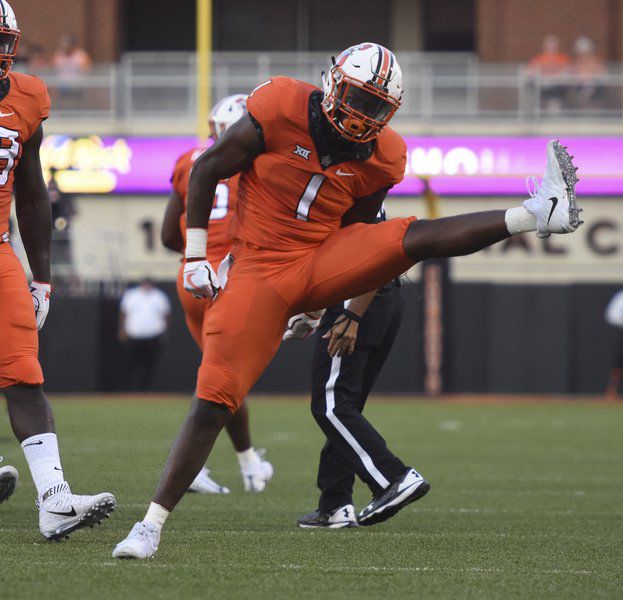 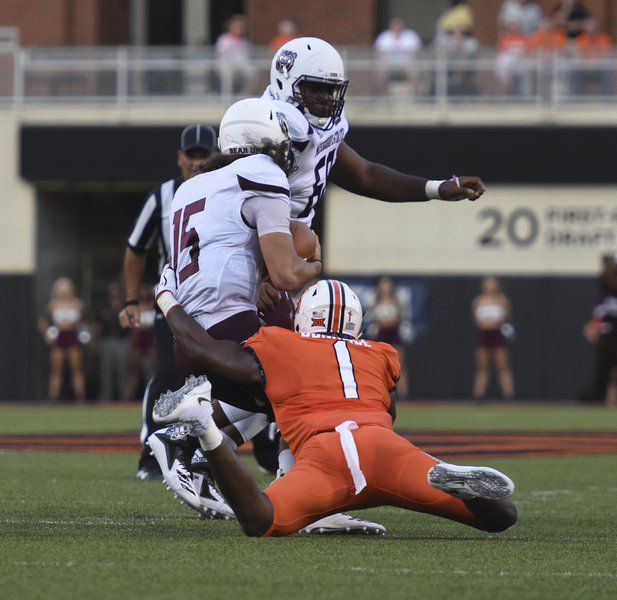 Calvin Bundage has been through a three-year journey during his time on the Oklahoma State football team, and his final season is beginning in a way most didn’t expect.

The Edmond Santa Fe High product who has played in nearly every game of his three-year career was expected to start at linebacker where he’s made a name for himself.

However, when the Cowboys’ depth chart was released late last week, Bundage wasn’t listed as a starting linebacker when OSU opens its season at Oregon State. Another in-state product, junior Malcolm Rodriguez – a Wagoner graduate – was listed as a starter, with Bundage as a possible backup along with Na’drian Dizadare.

Rodriguez is making the move from safety to start at linebacker. Cowboy coach Mike Gundy didn’t say why Rodriguez is starting, but Bundage was injured and limited during the beginning of fall camp.

“It’s really frustrating right now, because this is coming down to crunch time – my last year, so I want to be out there,” Bundage said at OSU media day on Aug. 3. “I want to spend every minute with the guys.”

Gundy also talked about Bundage and his health at media day.

“Bundage is in a mental practice stage right now – he strained his back about a month ago, so we’ve cut back quite a bit what he does in practice,” Gundy said. “He needs to be a mature player, which would be opposite of the conversation that we had with the defensive line. We know what Calvin can do. We know where he comes from. We know what his strengths are. He’s aggressive, he likes to hit, so he needs to lead us in those areas. We need 50 good plays a game from him. He’s experienced. He’s been out there. He’s developed, so he needs to be a player we can rely on based on his experience.

“He should be fine with the pace we’ve put him at in a couple weeks. We could put him out there now and do it, but he’s a veteran guy. If you watch him play, he’s not a guy you worry about hitting. He could not practice and he’s still going to hit. For some guys, you have to get them out there every day just because violence is not a part of their lives. He really has no issues with hitting. I think you could make him non-contact just a couple days before the game and he’d be fine. So, with him, we don’t really worry about that, but I’d like for him to be full speed for conditioning, if not anything else, two weeks out.”

“He is released and can start practicing,” Gundy said. “I don’t know (if he will start in the first game). I expect him to go out there and get some action if all goes as planned.”

A few days later, the depth chart was released. Most believe Bundage will start earning a lot of playing time and potentially earn his starting spot back once he’s fully healthy.

Injuries are the one thing that’s slowed Bundage during his OSU career, but they have barely kept him off the field. He missed two games last year. Bundage admits he should have fully recovered from the injury before taking the field again.

“Man, it was tough not being at the level I wanted to be,” Bundage said. “It was a bad decision on me to try and play through the injuries. I should have just waited and rested up. I tried to force stuff. It was a learning experience and I learned from it. It’s definitely something I’ve learned from and will never do again.”

Learning from his mistakes is something Bundage is trying to do as he enters his final season as a Cowboy. He was the Cowboys’ fourth-leading tackler a year ago with 62 tackles – 41 of which were unassisted.

That’s an improvement from his 54 tackles as a sophomore. He played in every game of the 2017 season, and started nine of those.

“I want to be an all-around player mentally,” Bundage said. “I want to put my strength and speed and everything I was good at in the past years, I want to put that all together this year.”

Yet, Bundage doesn’t plan on changing his playing style. He will still be aggressive and plans to keep being disruptive to opposing quarterbacks.

“My game is just to go,” Bundage said. “I’m not going to change that for anyone. I’ve just got to play my game.”