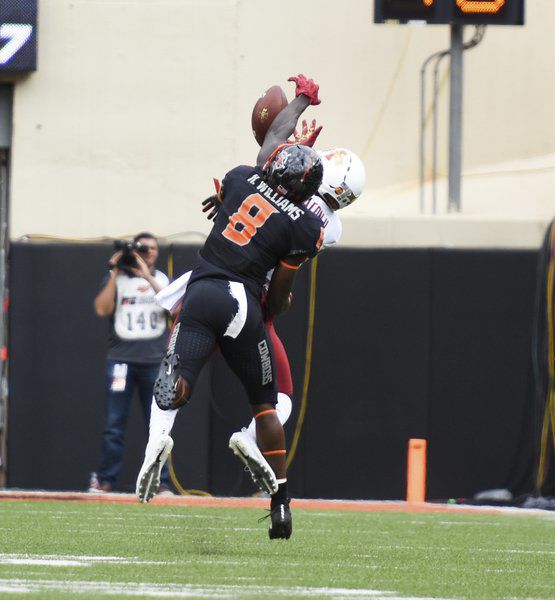 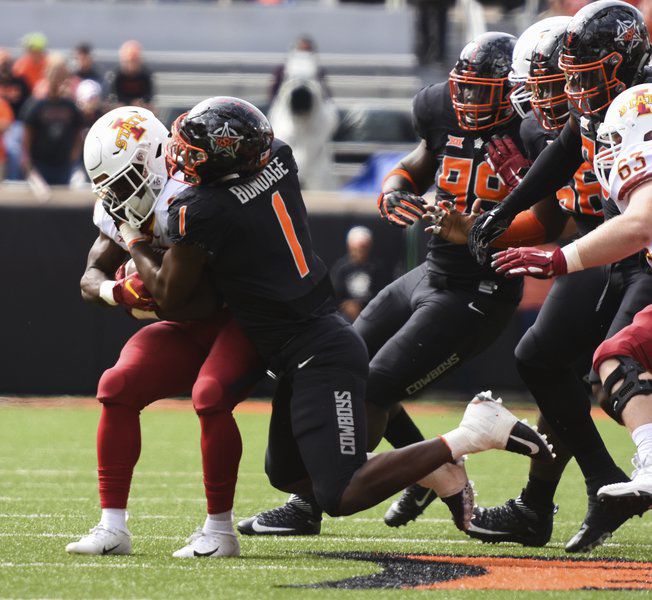 Oklahoma State linebacker Calvin Bundage drags down an Iowa State running back during last week's game. While the Cowboy defense has given up 39 points per game in conference play, they have limited opponents to just 117.8 rushing yards for the entire season. 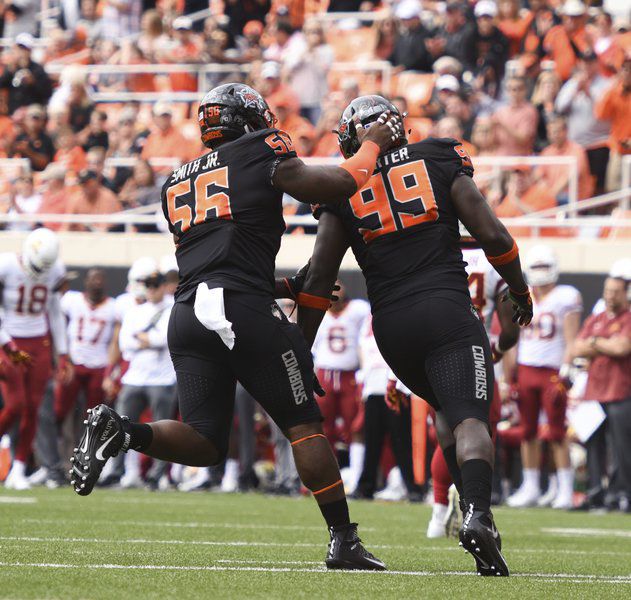 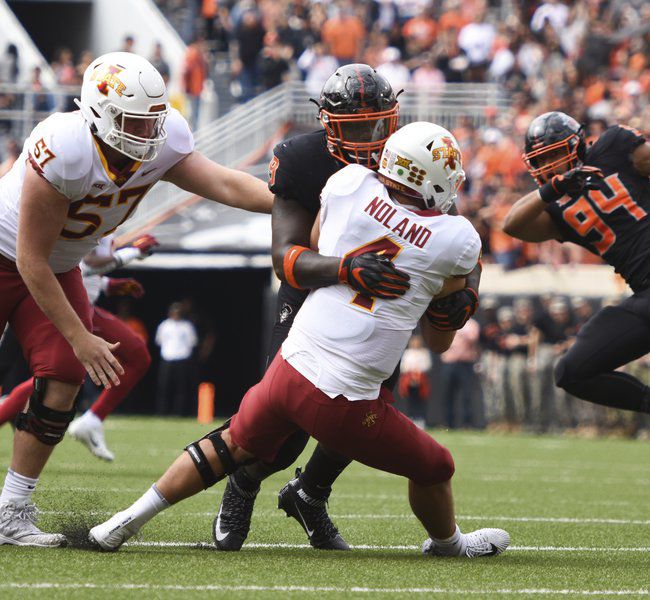 Oklahoma State linebacker Calvin Bundage drags down an Iowa State running back during last week's game. While the Cowboy defense has given up 39 points per game in conference play, they have limited opponents to just 117.8 rushing yards for the entire season.

Jordan Brailford doesn’t want to feel sorry for himself.

After a game in which the Oklahoma State defense was exposed with a good scheme by Iowa State and freshman quarterback Brock Purdy, Brailford knows it looks grim for the Cowboys’ future.

However, the redshirt junior from Tulsa said the team’s problems are solvable, but it will take some self-reflection.

The Cowboys allowed 465 yards from a team that was previously winless in Big 12 play in the 48-42 loss. Whether it was jumping at Purdy’s pump fakes or miscommunication in the secondary allowing easy scores, Brailford understands there are issues.

“Today was definitely a tough loss for us,” Brailford said. “It is just little things we have to fix. I recognize the things we did wrong. I feel like we just noticed the small mistakes we made can make a big difference in the game of inches and we have to correct them as they come.”

Although the veteran defensive end said it would come down to the seniors having to take responsibility in practice next week, defensive coordinator Jim Knowles shouldered most of the blame for the loss to the Cyclones.

Knowles said certain plays will be highlighted and players will be vilified for mistakes, but most of the criticism should be directed at the coordinator in his first season in Stillwater.

“I like to tell the players that the mistakes on Saturday are my mistakes,” Knowles said. “There is no finger-pointing. There might be some matchup problems, but that’s not their fault. That’s not the player’s fault, that is my fault. It is my job to put them in better positions to succeed no matter where we’re at or whoever we are going against.

“… Whenever they score as many points as our offense, then you shouldn’t win the game. No matter, who you are playing, the Green Bay Packers or whoever. You have to step up and take that responsibility and that falls on me.”

The secondary has been a major culprit in terms of letting big plays through on either runs that make it past the secondary that aren’t stopped because of poor tackling or letting passes just rain down for big gains.

Cornerback Rodarius Williams had two scores go right over his head on plays the Shreveport, Louisiana, native knows there are no excuses for.

Williams said if he could go back, he would definitely be more physical in playing the receiver and try to play the ball like he did in the second half when he caught an interception.

When asked if the switch from Zeb Noland to the little-known Purdy affected the defense, Williams didn’t look for excuses, saying the defense should have been prepared for either.

“We had to adjust. Once we get hit in the mouth, we had to respond and we just didn’t respond as a whole defense,” Williams said.

Despite the loss, Williams concurs with Brailford and knows that the defense can be corrected. Conference play has not been kind to that side of the ball, but Williams thinks with some leadership and accountability, corrections can be made.

“We have a lot of freshmen out there who are just playing their hearts out,” Williams said. “Today, we had a lot of rookie mistakes. Going into next week’s practice, I want to make sure we get onto those guys so we can get better at communicating. We are going to bow down and bring it.”

Brailford said the team is going to have a short memory, but will make sure to reflect on the mistakes in a positive manner instead of obsessing over what could have been.

“We look at it in a good way and not living in the past and just think about or record moving forward,” Brailford said. “We can figure out everything tomorrow about what we did wrong today. We can have tomorrow to feel sorry for ourselves or whatever we need to do, but after that, it is on to the next game.”