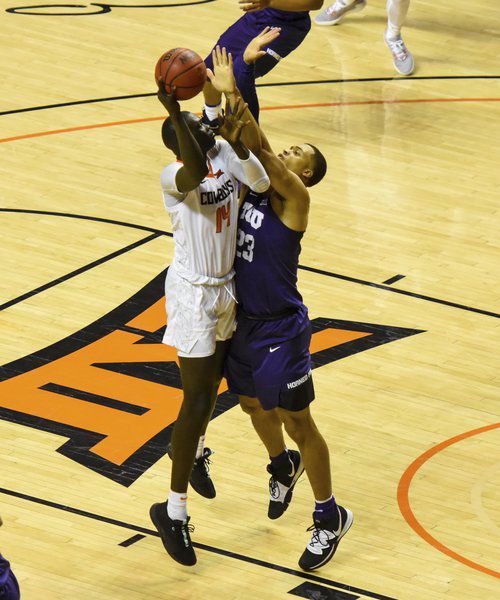 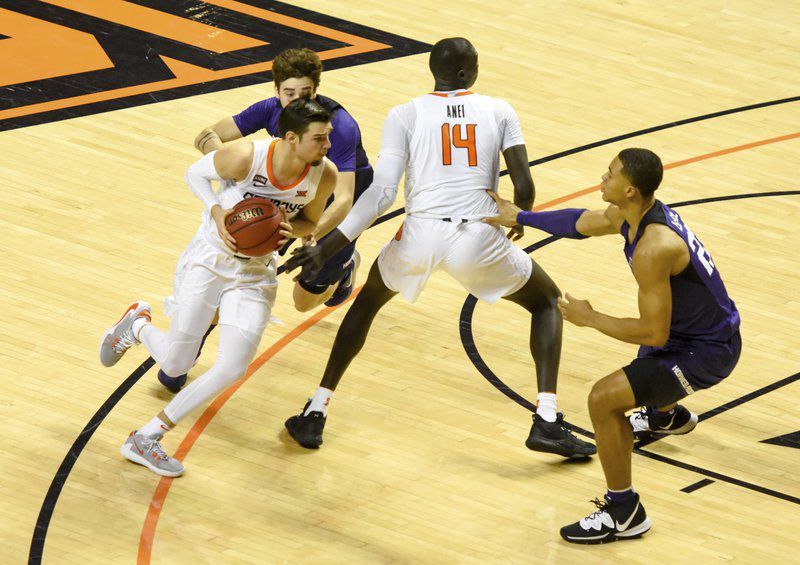 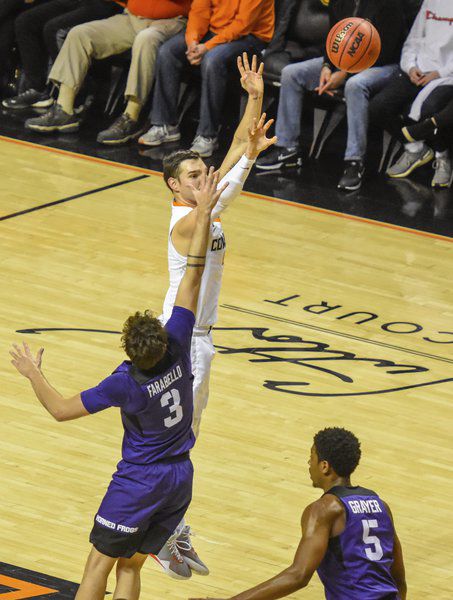 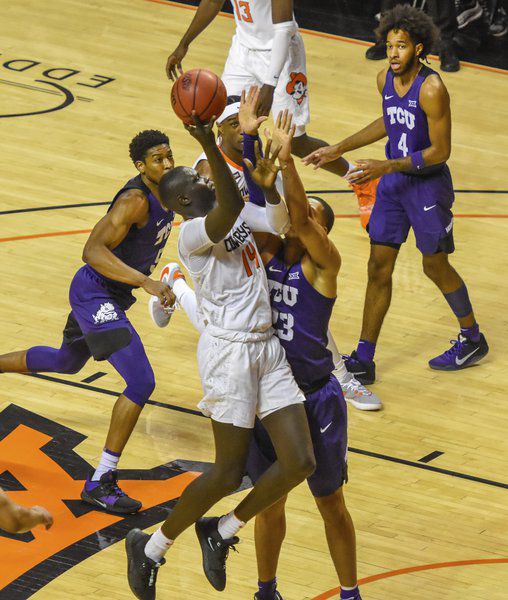 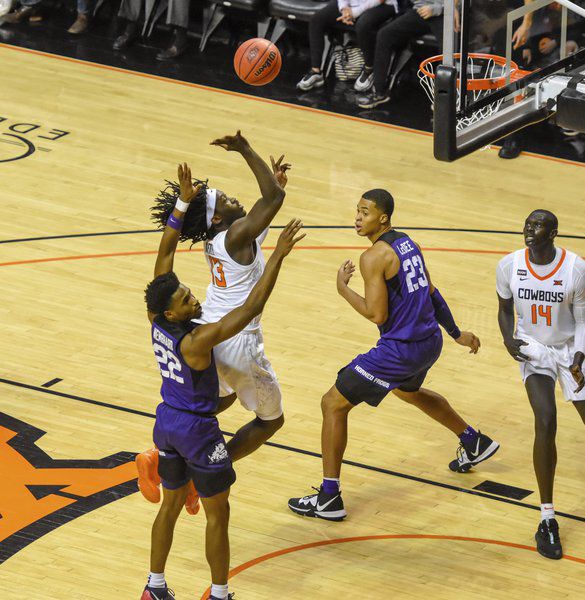 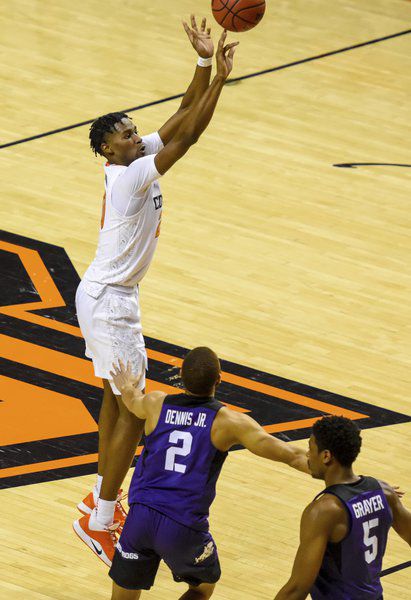 Jason Elmquist/Stillwater News Press Oklahoma State forward Keylan Boone (20) knocks down a 3-pointer during Wednesday’s game against TCU. Boone made 2 of 3 shots from behind the arc to finish with six points. He also had four shots and a block in OSU’s 72-57 win over the Horned Frogs.

Jason Elmquist/Stillwater News Press Oklahoma State forward Keylan Boone (20) knocks down a 3-pointer during Wednesday’s game against TCU. Boone made 2 of 3 shots from behind the arc to finish with six points. He also had four shots and a block in OSU’s 72-57 win over the Horned Frogs.

Mike Boynton and his Oklahoma State men’s basketball team avoided making history in one of the worst ways possible.

Boynton and the Cowboys snapped a streak that was one away from being in the record books for the wrong reason Wednesday night at Gallagher-Iba Arena.

A strong second half, especially during the final minutes, helped the Cowboys pull off the victory. They won 72-57, winning their first Big 12 Conference game of the season.

“I’m unbelievably for our players,” OSU coach Mike Boynton said. “It’s been a tough road to hoe pretty much since November ended, to be honest. We’ve had some success, but it’s been spotty. We’ve had a lot of moments where we’re scratching our heads trying to figure it out. Tonight, what they showed is that they continue to work and believe in each other.”

That was avoided with the win over the Horned Frogs. The Cowboys felt as if a weight was lifted in front of their home fans.

“It feels good to get a win in the win column,” OSU senior Thomas Dziagwa said. “We worked for it. We also believe it’s the first domino of many. We felt like we had to get one and hopefully it trickles off to a couple.”

Fellow sophomore Yor Anei and Dziagwa also added 14 points each. Dziagwa did so by sinking four 3-pointers, while Anei made five field goals and hit 4 of 5 free throws.

Senior Cameron McGriff chipped in 10 points and eight rebounds. Six of his 10 points came at the foul line.

It was sparked by a dunk from graduate transfer Jonathan Laurent and a pair of layups from Dziagwa and Likekele. Freshman Kalib Boone gave the Cowboys a spark by scoring all four of his points during the run. Dziagwa also buried a pair of 3-pointers before an Anei dunk with 6:33 remaining in the game.

“Our effort carried on to the second half,” Likekele said. “A lot of games this year, especially in conference play, we’ve had a great first half and then came out in the second half flat. Today, we started off slow in the second half, but we learned from our previous mistakes. … Due to our hard work, we were able to finish off the game.”

The Cowboys earned the win without senior Lindy Waters in the lineup. He suffered a fractured bone in his face Saturday and was held out of the game.

Waters had played 75-consecutive games before Wednesday. The last game he didn’t play in was the Jan. 3, 2018, contest in Norman – his hometown.

Sophomore Avery Anderson was also held out of the win over TCU. Anderson suffered an injury in practice recently, and has played through it, but Boynton said Anderson told him he wasn’t able to give 100 percent effort Wednesday.

OSU senior Dziagwa pushed the Cowboys’ lead to six at the break with his second 3-pointer of the half. It came during the final minute of the half.

Less than two minutes before his bucket, Anei threw down a dunk that ended a 6 minute, 38 second streak without a field goal by the home team. TCU took a seven-point deficit and turned it into a two-point lead before Anei’s dunk.

Freshman Keylan Boone and sophomore Likekele followed it with a 3-pointer and layup, respectively. Likekele and Boone were two of four Cowboys with six points at the break. Anei led OSU with eight points in the first half.

The Cowboys will next head to Waco, Texas, to face No. 1 Baylor. The Bears beat OSU 75-68 in Stillwater last month. It was the Cowboys’ only Big 12 loss of the month by single digits.