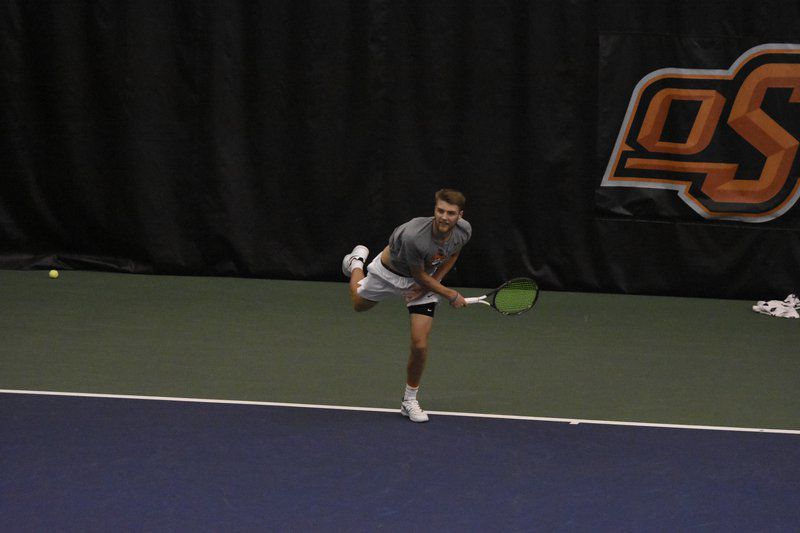 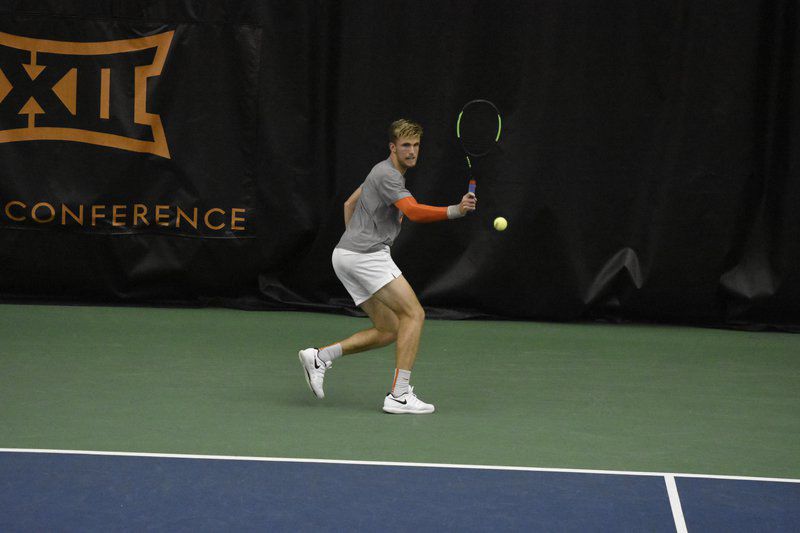 After a season of struggling just to keep players on the court, Jay Udwadia feels like this season will be a much different story for the Oklahoma State men’s tennis team.

Last year, the Cowboys had their ups and downs, with a lot of their downfalls a result of players getting injured and Udwadia not having the depth to overcome it.

After only have seven players in the rotation last year – Singles in college tennis requires six in each match – the Cowboys are up to their maximum of nine and Udwadia is feeling really good about them.

“It is a lot different than last year,” Udwadia said. “We had seven players then and half of them were injured. We definitely have a full squad. It is nice to have nine players and that is the limit we carry, so we are at our maximum. We have nine very good players and are nine deep. Last year, people were getting injured and we didn’t know how we were going to be depth wise. This year, it will be easier for the coaches to sleep at night knowing that we are going to be OK, whoever we put out there.”

At the top of the Cowboys’ lineup is the No. 1-ranked duo of junior Matej Vocel and junior Dominik Kellovsky, who made a run in the fall last year to a doubles national championship.

Kellovsky, who transferred from Arizona State, has known Vocel for a long time as the two are fellow countrymen from the Czech Republic.

Udwadia is really excited to see where the two will take the Cowboy program this year.

“In the fall, they clicked together really well and got a national championship,” Udwadia said. “Getting a national championship is really special for the school, they are representing pretty well. That is our second team in three years that have been No. 1 in the country so it is nice that they could work hard and get there.

“… They get along really well off the court and they knew each other before coming here so it was a really easy fix. They have different personalities, but I think it is a good thing. They fill each other’s gaps. Dominik is a different game style than Matej, but they have a good chemistry. Their energy is pretty good out there too. They know each other well and can anticipate each move pretty well out there.”

The Cowboys will need all the help they can get. OSU, which enters the season ranked No. 15 in the ITA rankings, have one of the toughest schedules in the country with Udwadia saying it is the toughest slate he has compiled since arriving in Stillwater in 2012.

“It is hard to predict what teams will be top 10, but I would say nonconference we are probably playing two to three top 10 teams without even including national indoors, then getting into conference, it just gets even tougher,” Udwadia said. “We have definitely set ourselves up to play the best. That is what our players want and what makes you better. It is going to be a good test all the way through the season. It will prepare us for conference and NCAAs to have a schedule like this.”

The Cowboys start their season on the road at San Diego State this Sunday before having their home opener against Lamar and Bryant on Jan. 17 at the Michael and Anne Greenwood Tennis Center.

Udwadia is confident in his players to compete in those matches and hopefully win as he wants OSU to play at the Greenwood Center in May when Stillwater hosts the 2020 National Championships.

Not only will he have Vocel and Kellovsky to help – who are ranked No. 41 and No. 91 in singles, respectively – but also another top-tier doubles team in Luke Hammond and Emile Hudd at No. 19 with Hudd coming in at No. 87 in singles.

“I think you want to play your best tennis in April and May for sure. It comes down to staying healthy for one and not panicking,” Udwadia said. “How we train has been great, we just have to stay the course. It is going to come down to some 4-3 matches early on. We want to win as much as possible, but we also want to stay healthy and have a good mindset that the level is going to get better and trying to get better every day.”

Udwadia knows how big this season is for a program that he has taken to the top 10 a few times, but hasn’t quite made that leap in the national tournament. With the NCAAs coming to town, this might be time to make that leap, he hopes.

“It is special, not many schools can say they have hosted the national championship. With that, you have an obligation to put your best team forth,” Udwadia said. “The school is behind you and you have a lot of boosters and an athletic department putting money into your program, it is a huge opportunity. It is easy to get yourself in that match mode because the players know what the prize is at the end.

“It is easy to go through a season and do the best you can because you know you will be playing on your home soil if things go well. There will not be a problem of motivation this year, it will be all about staying healthy and getting hot at the right time.”