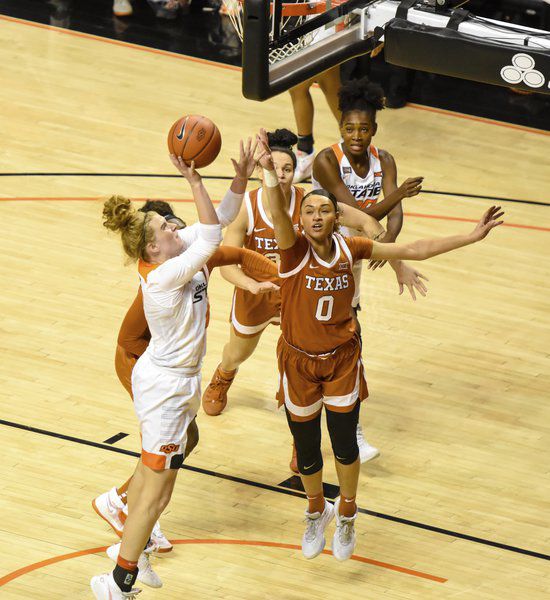 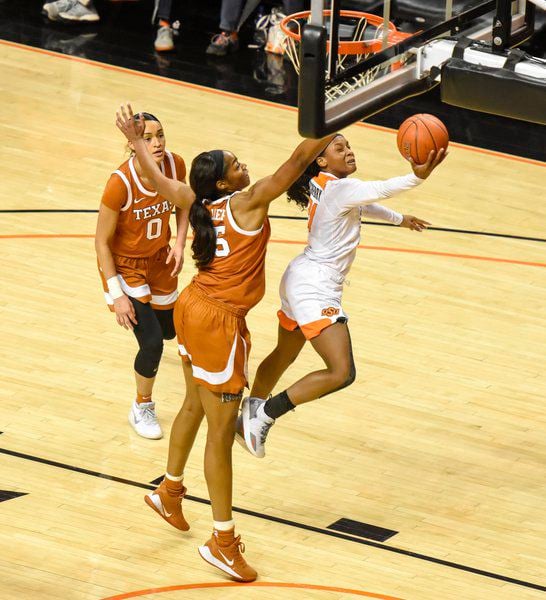 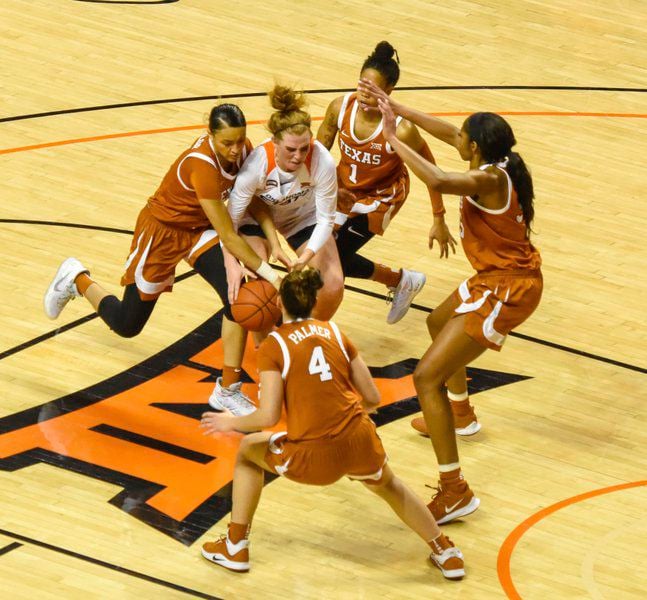 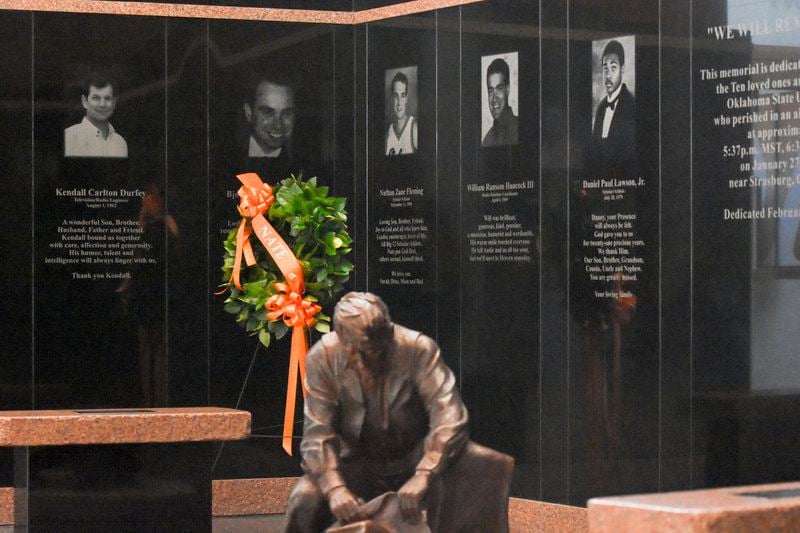 Jason Elmquist/Stillwater News Press A wreath in memory of Nathan Fleming – who was one of 10 people to lose their lives in a plane crash on Jan. 27, 2001 – stands among the Remember the 10 memorial Saturday at Gallagher-Iba Arena. Monday is the 19th anniversary of the crash. 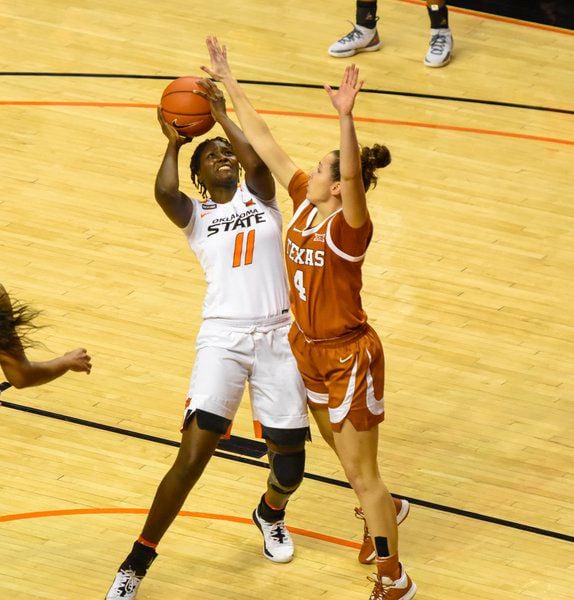 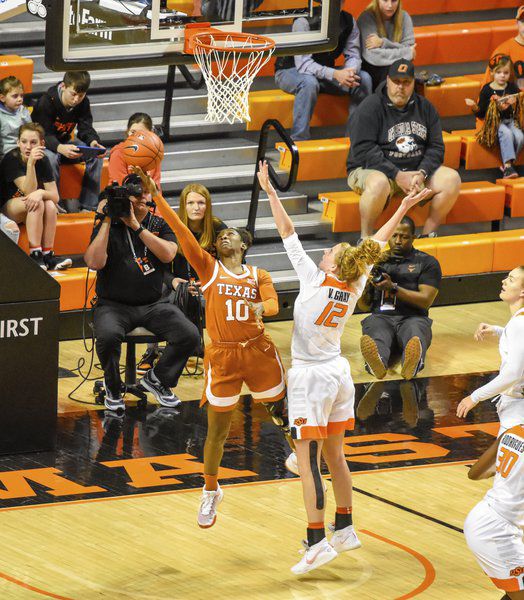 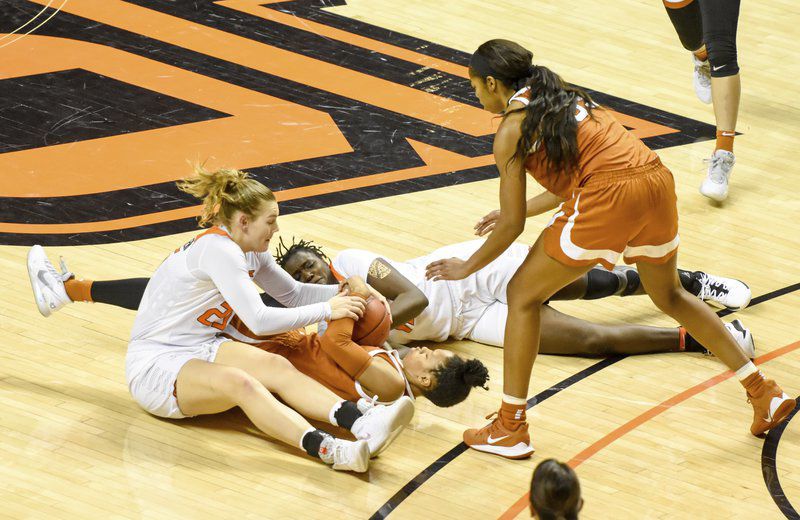 Jason Elmquist/Stillwater News Press A wreath in memory of Nathan Fleming – who was one of 10 people to lose their lives in a plane crash on Jan. 27, 2001 – stands among the Remember the 10 memorial Saturday at Gallagher-Iba Arena. Monday is the 19th anniversary of the crash.

Gallagher-Iba Arena is slowly becoming the house of heartbreak for Coach Jim Littell and his Cowgirl squad.

After dropping games its previous two outings in Stillwater against Oklahoma and Iowa State by a combined three points, Oklahoma State faltered down the stretch again in its 61-56 loss Saturday afternoon to Texas.

“You gotta take care of the basketball,” Littell said. “You can’t have defensive miscues at late junctures in the game, and you gotta make some open shots.”

The Cowgirls led for just under 34 minutes of the 40-minute contest, but a 13-2 Longhorn run in the final five minutes of the game proved to be the difference.

OSU committed four turnovers during that span and made just one of their final eight shots.

OSU’s Vivian Gray said she blamed herself for the shaky spell in the fourth quarter.

“I didn’t shoot the ball well in the fourth quarter,” Gray said. “It’s frustrating because it was the same thing at West Virginia. That’s on me. I think we had some turnovers that were the deciding factor in the game. Those are things that we can clean up.”

The Cowgirls (12-7 overall, 3-4 Big 12) were missing Natasha Mack and Kassidy De Lapp for the second-straight game due to injury. Gray shouldered the scoring load with 24 points, and role players such as Bigue Sarr, Abbie Winchester and Clitan de Sousa were forced to step up. The trio combined for 25 points and 22 rebounds including a double-double from Sarr.

Littell said the team misses Mack and De Lapp a lot, but he was pleased with the performance of those who filled in.

“KB (Sarr) two weeks ago was fourth on our depth chart at the five position,” Littell said. “... She’s doing everything she possible can to help her team.

For much of the first half, the two teams couldn’t get any separation. Until the third quarter, the largest lead either team held was just five points.

Midway through the third quarter, the Cowgirls started to find some headway after a Gray 3-pointer extended their lead to eight. OSU took that advantage into the final quarter, but from there, things started to unravel.

Texas (13-6, 5-2) cut the Cowgirl lead to one with just over three minutes left. With the game tightening, OSU inbounded the ball, but de Sousa’s pass went off the hands of Micah Dennis into the grasp of Texas’ Celeste Taylor, who completed a three-point play on the other end.

Taylor’s bucket secured the first Longhorn lead since the first quarter, and they never gave it back up.

“There’s such a thing as turnovers and then there’s bad turnovers,” Littell said. “When you throw them a turnover for a layup, it’s crucial.”

The Cowgirls will be back at home on Wednesday against TCU trying to right the wrongs of home games in the past like Saturday’s, which Littell said is more on his team that what others are doing.