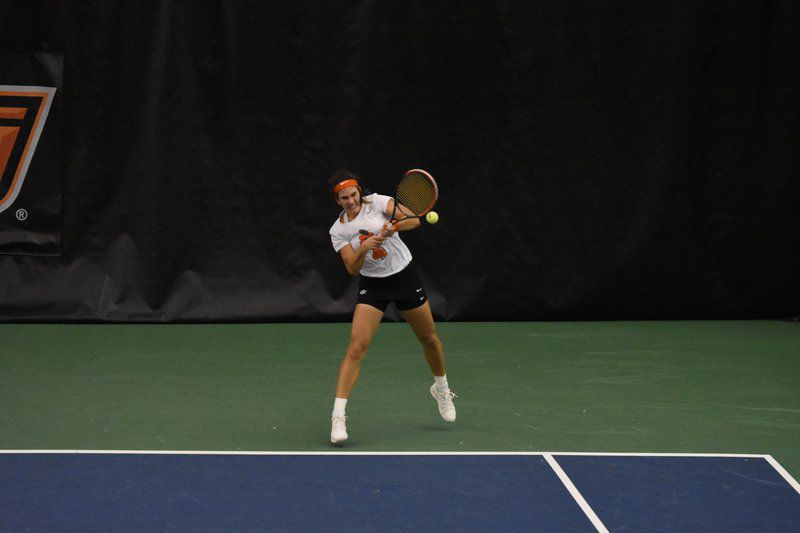 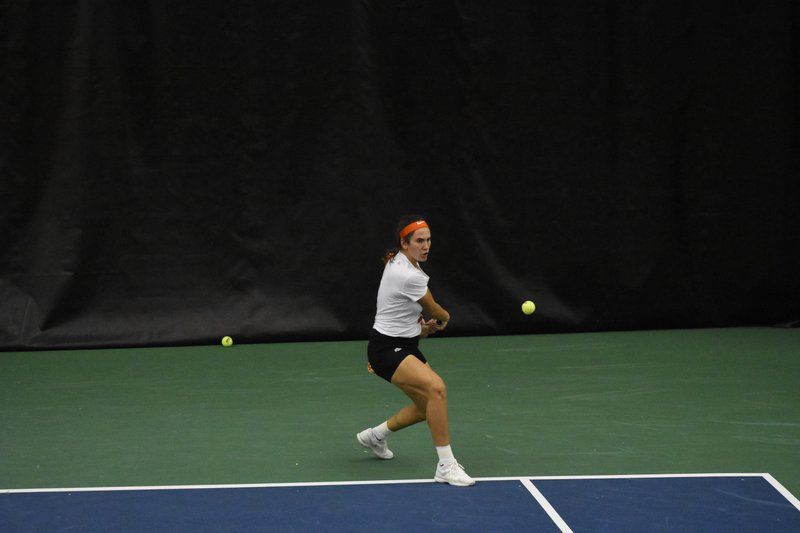 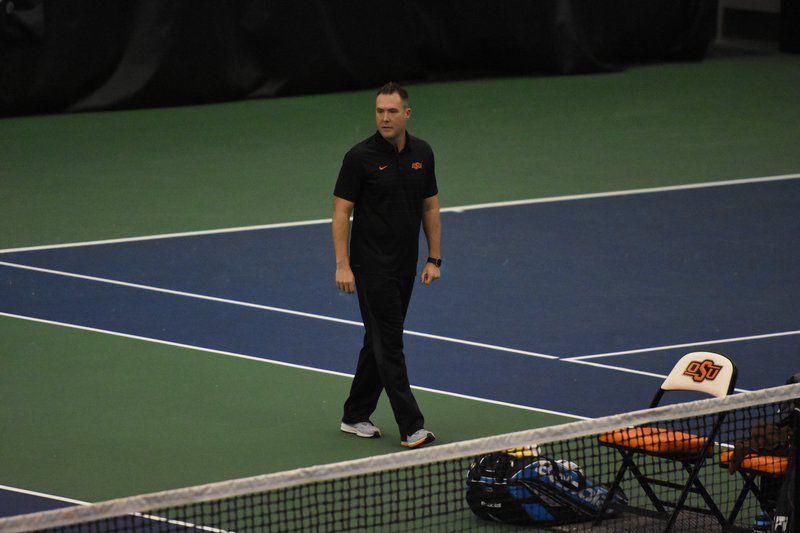 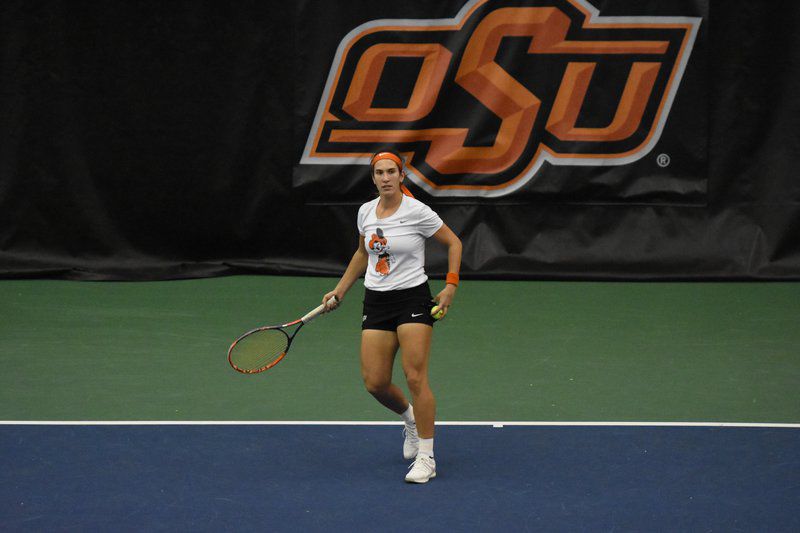 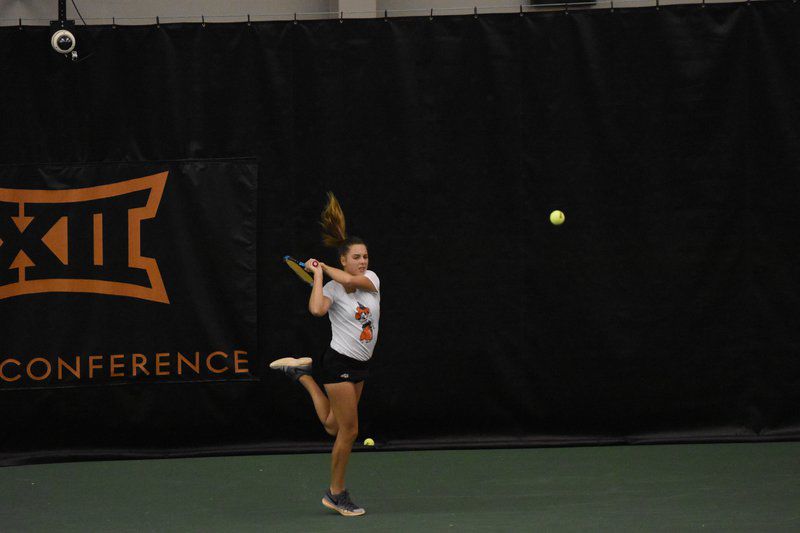 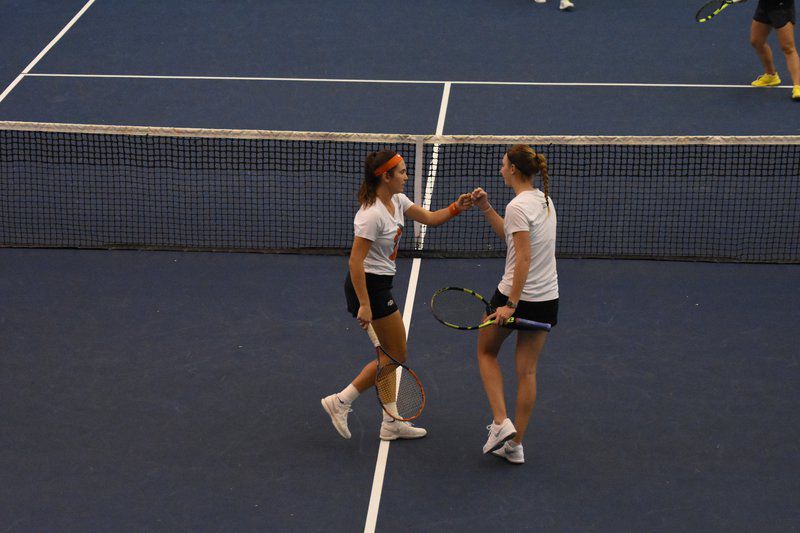 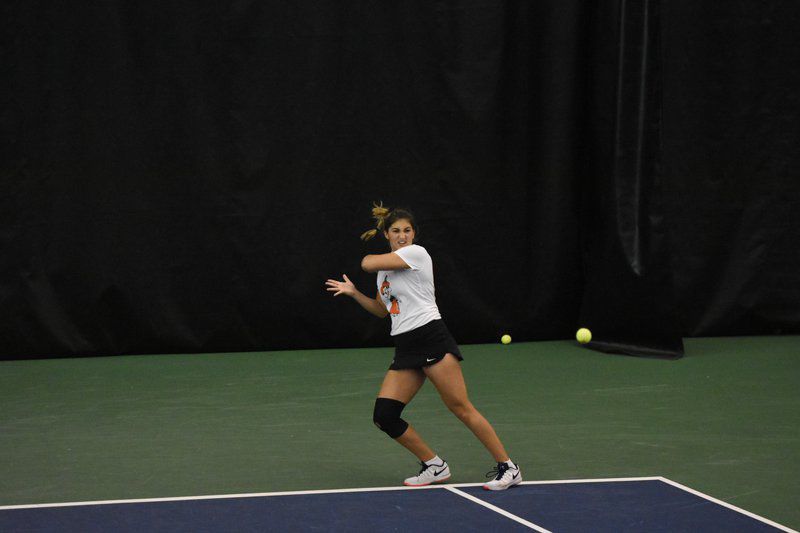 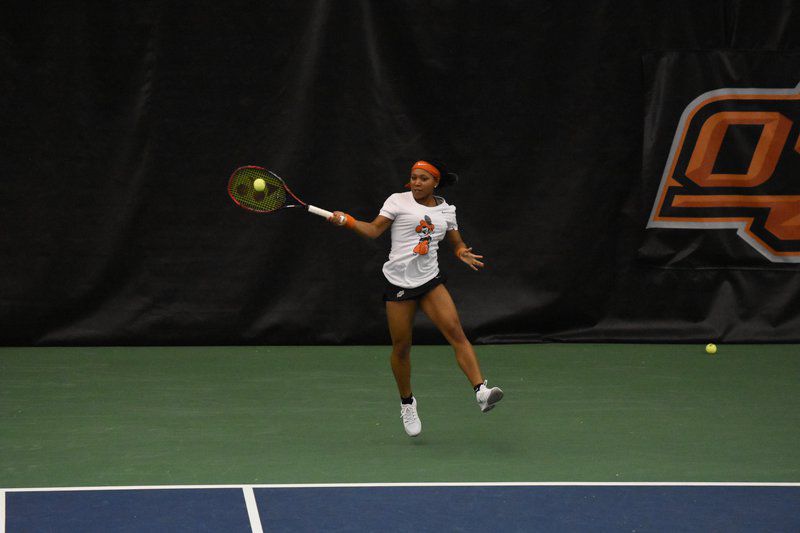 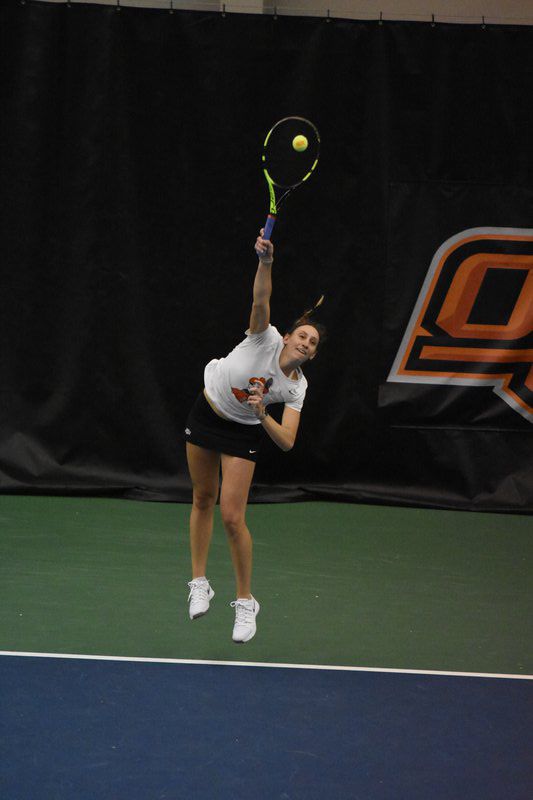 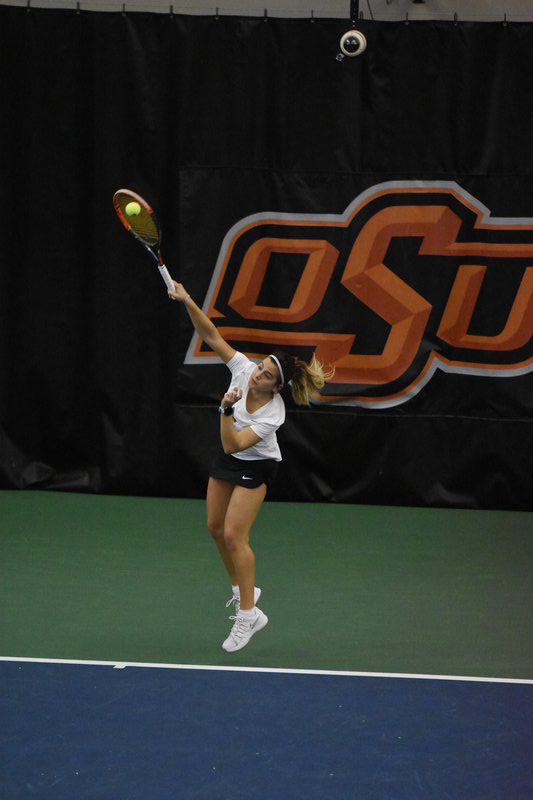 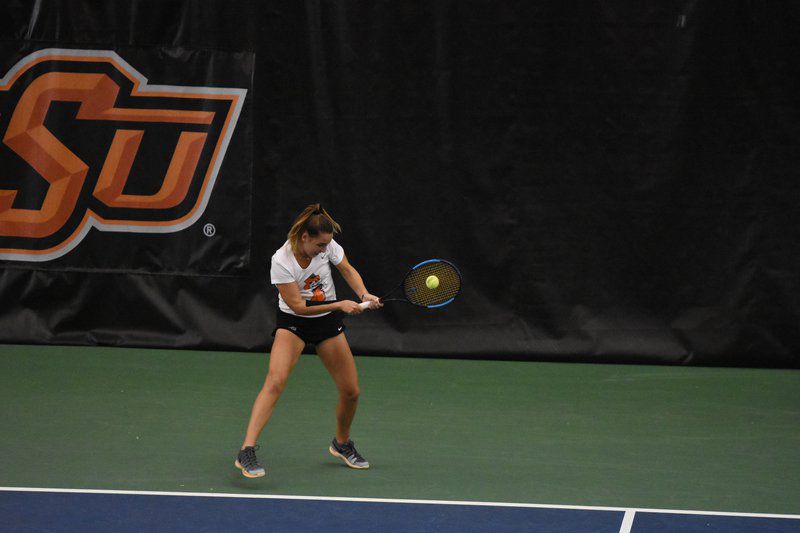 Vladica Babic had to focus intensely on her match, but she couldn’t help but glance at her teammates’ scoreboard.

Friday, the Oklahoma State women’s tennis team completed a valiant comeback against Arizona State in Michael and Anne Greenwood Tennis Center, winning 4-3 to start the ITA Kickoff Weekend. After losing the doubles point and two singles matches, No. 15 Oklahoma State (4-0) stared down a 3-0 deficit at home to the Sun Devils.

Emotions and tension reached a peak; the Cowgirls had to win every remaining match to keep their 37-match winning streak in Stillwater intact. OSU cut into the No. 22 Sun Devils’ lead with wins from Megan McCray on Court 2 and Katarina Stresnakova on Court 3, but Arizona State still had control.

“I don’t really know, to be honest, that I was ever nervous, as far as panicking and being fearful of losing the match,” OSU coach Chris Young said. “… I would take those girls out there all day. The thing I am most proud of is: I knew our girls were going to compete to the end. You can’t really be nervous about that; you just have to lay it all out on the line and see what happens.”

However, before Stresnakova won, No. 63 Marina Guinart had to escape a second-set tiebreaker on Court 4 against Tereza Kolarova. Guinart jumped out to a 6-0 lead, but it quickly vanished.

Young said he gave some instructions to Babic on Court 1, but when he looked back toward Court 4, it was tied at 6. Guinart double-faulted on her ensuing serve, and Arizona State (1-1) was a point away from an upset. In the moment, she said she remembered when Stresnakova lost an 8-0 advantage in a super tiebreaker in Las Vegas.

After a double-fault from Kolarova, which swapped the lead, Guinart finished and forced a third set. At the same time, No. 21 Babic also forced a decisive third set against Ilze Hattingh.

“For me, it was an incredible experience,” Guinart said. “I always wanted to live this experience. When I got to the third set, the same time as her, I was like, ‘Let’s do it. We can do it; we are better.’”

Guinart said she didn’t think or feel pressured that if she lost, the team would too. However, a loss from her or Babic would have given Arizona State the victory. With both Cowgirls starting their decisive third sets simultaneously, coaches, players and fans had to shift their eyes quickly from court to court.

Babic said the team shouldn’t have allowed itself to get into this position, but she said she always believed her and Guinart would pull through.

“I was pretty nervous to be honest,” Babic said “… Coach kept telling me, ‘Trust your shots,’ (Assistant coach) Haley (Carter) kept telling me, ‘You have a better game than she does.’ I kept telling myself all these things, but then the ball would be coming and I would be like, ‘Oh my God, I don’t know what to do.’

“… On the match point, I told myself, 'Keep it simple and stay loose.’ For that last ball, I don’t even know how I did that.”

Babic powered a shot past Hattingh, the crowd erupted and players rushed to Court 1 to celebrate the unbelieve comeback win. Young said he never lost confidence, and he said playing against No. 23 Ole Miss, who beat No. 24 TCU earlier in the day 4-3, at 3 p.m. Saturday would have the same energy and atmosphere.

He credited the exciting win to his team, for believing in the motto, and also Nick Hoheisel, the fitness coach for the Cowgirls.

“The theme has been trusting the process and trusting the hard work that they have been putting in,” Young said. “… We have the best fitness coach in the land, and it paid off today. That is what I told Marina and Vladi, ‘You just have to get it to the third set and, then, that is where you guys can shine.’”