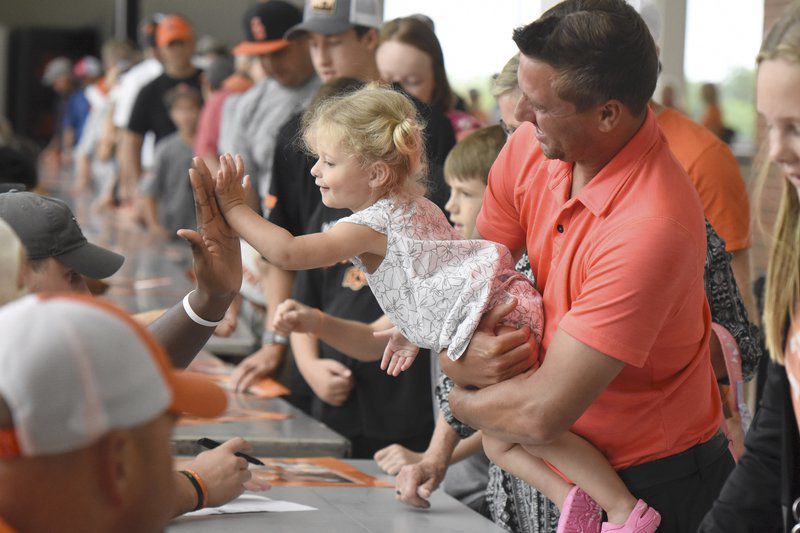 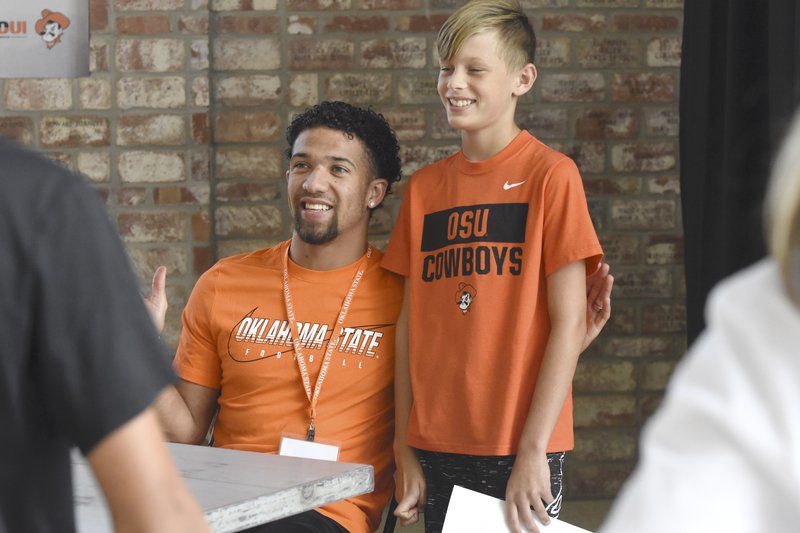 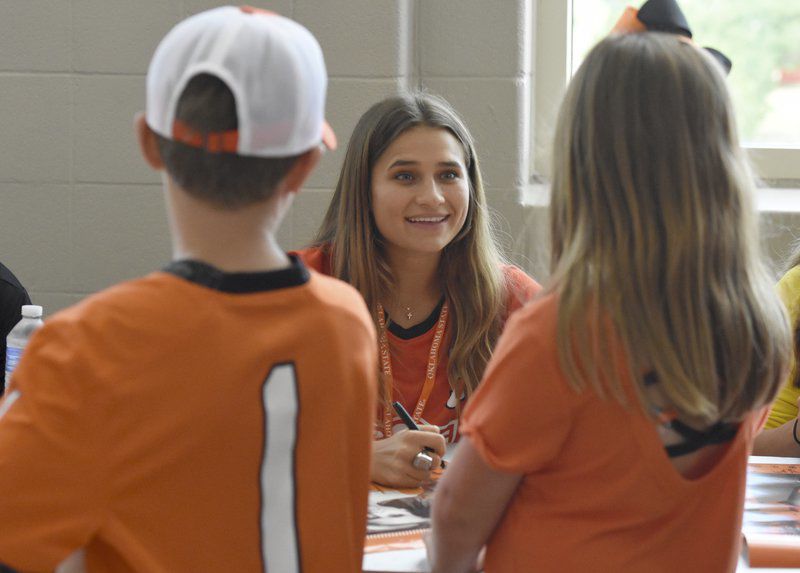 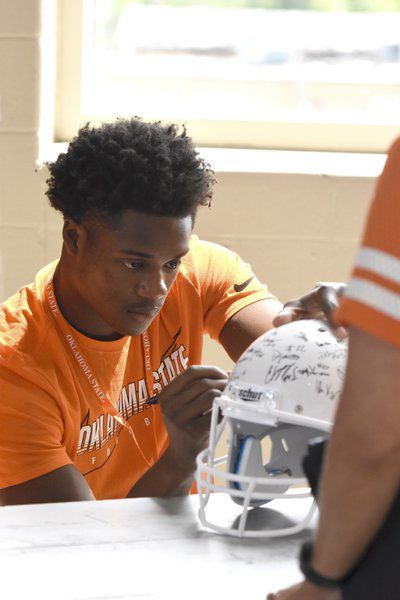 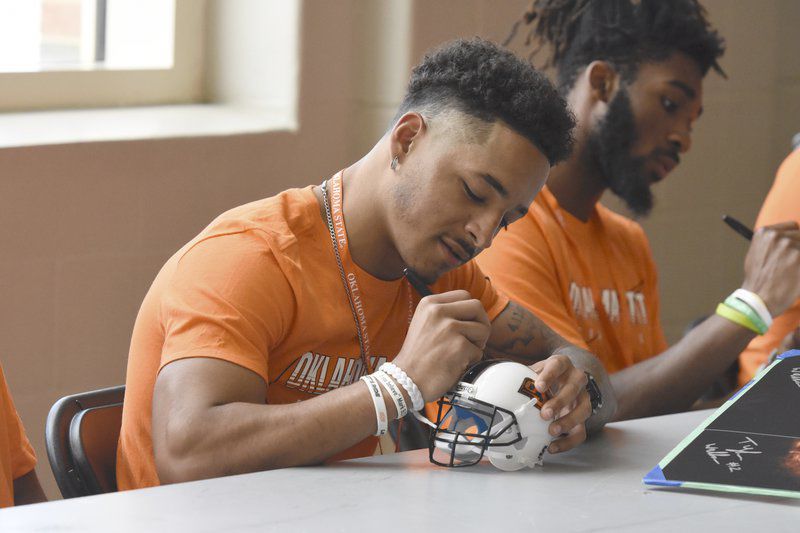 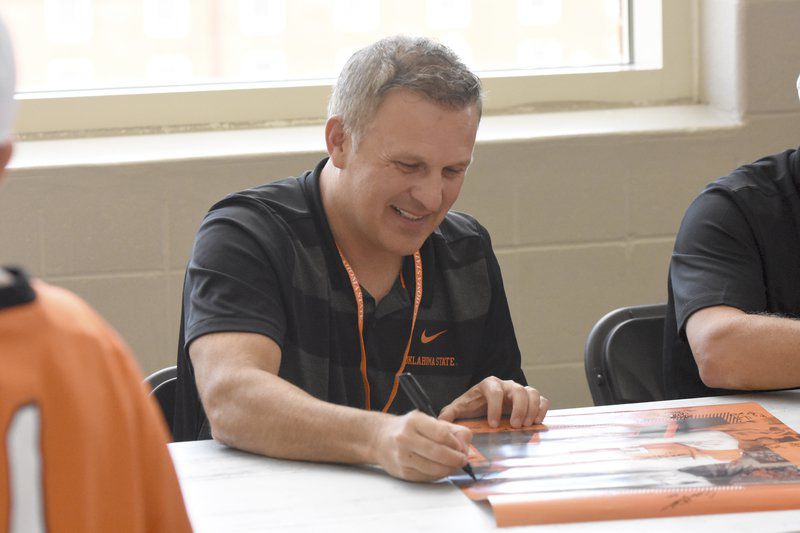 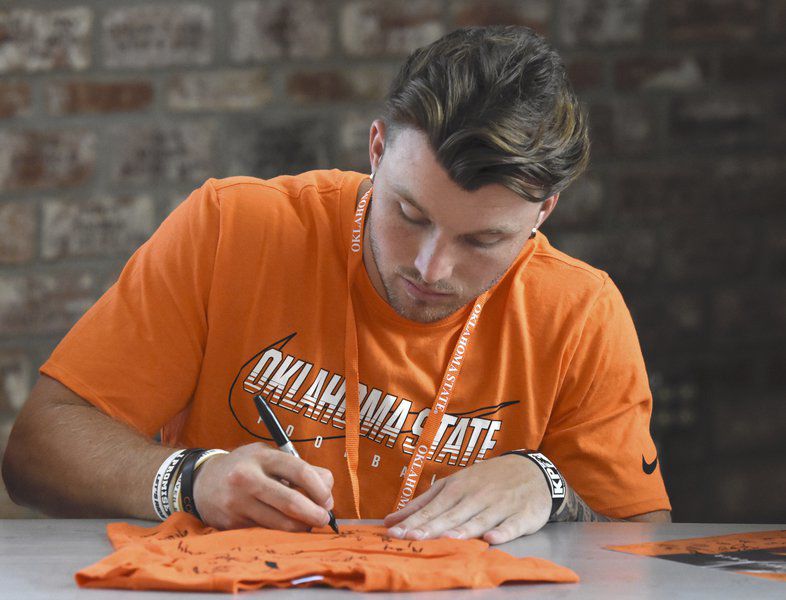 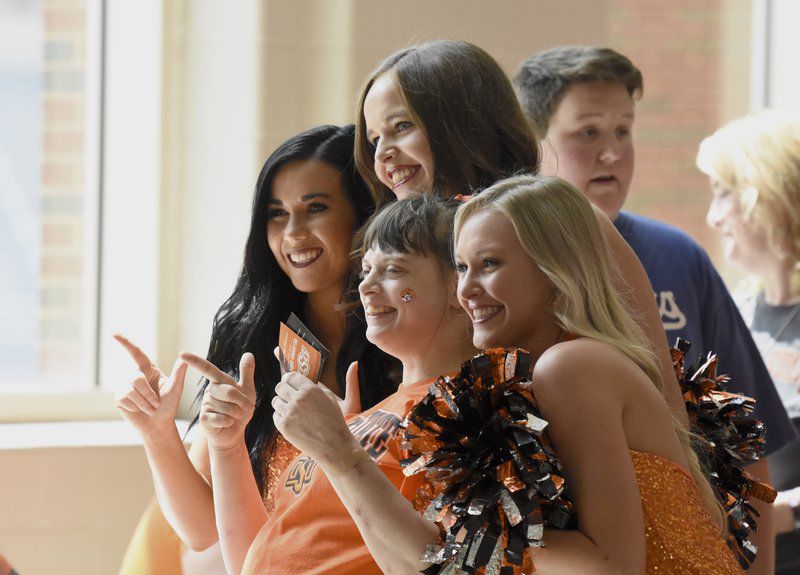 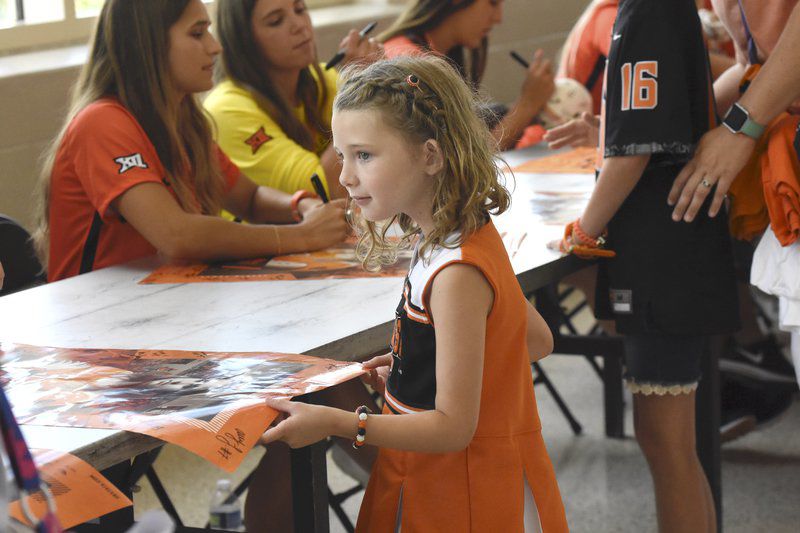 Before the annual Oklahoma State Fan Appreciation Day even began, there were hundreds of people wearing orange and black ready to meet the football and soccer players.

They were filed inside the upper level of Gallagher-Iba waiting, anticipating an afternoon of interaction with college athletes. There were young and old fans, alike.

For the next two hours, they slowly moved around the concourse, meeting and talking to players and coaches, taking pictures and having memorabilia autographed by some of the best athletes in the country.

“This is great, especially for little kids,” said Kyle Keddington, a Bartlesville resident who was in town with his daughter and his parents. “They get to interact with them. Then, when they watch them on the field, they know who they are.”

Keddington attended the event with his daughter, Lillyanne, 1, and his parents, who are Stillwater residents. His parents are big OSU athletics fans, but his daughter was having fun high-fiving players throughout the afternoon.

“Her grandparents have season tickets to everything,” Keddington said. “She is having fun, but getting a little sleepy.”

The entire football team was spread around the concourse and divided into position group. They met hundreds of fans and signed their John Hancock countless times, but they kept smiling.

As did the women’s soccer team, which was added to the event several years ago. The Cowgirls are now thrilled to be one of the two teams meeting fans shortly before their season begins.

“It’s great,” Cowgirl coach Colin Carmichael said. “Years and years ago, they came to us and asked if we’d like to be involved. Of course, we’re like, ‘absolutely.’ Now, it’s just become a tradition and our kids love it, especially the freshmen, because they don’t get anything like this in high school. The upperclassmen are used to it, but the new kids have a big smile on their face and it makes them feel special. It’s a cool day.

“The first year, people had us signing footballs and stuff, because they didn’t know. Now, you’ll see quite a few kids with soccer balls and soccer T-shirts and our posters, and they know our girls. So, that’s changed a lot.”

It’s been a busy past year for the Cowgirls, so they had more fans ready to interact with them this year. They opened Neal Patterson Stadium last August and hosted the Women’s Premier Soccer League championships last month.

The Cowgirls were also represented on the United States’ Women’s World Cup team by former Cowgirl and goalkeeper Adrianna Franch.

All of that helped make Saturday’s event more fun and special for the Cowgirls and their fans.

“In Oklahoma and Stillwater, it definitely gets more attention,” Carmichael said. “And world wide, with the World Cup and all of the attention that’s received, it’s only going to help us, as well.”