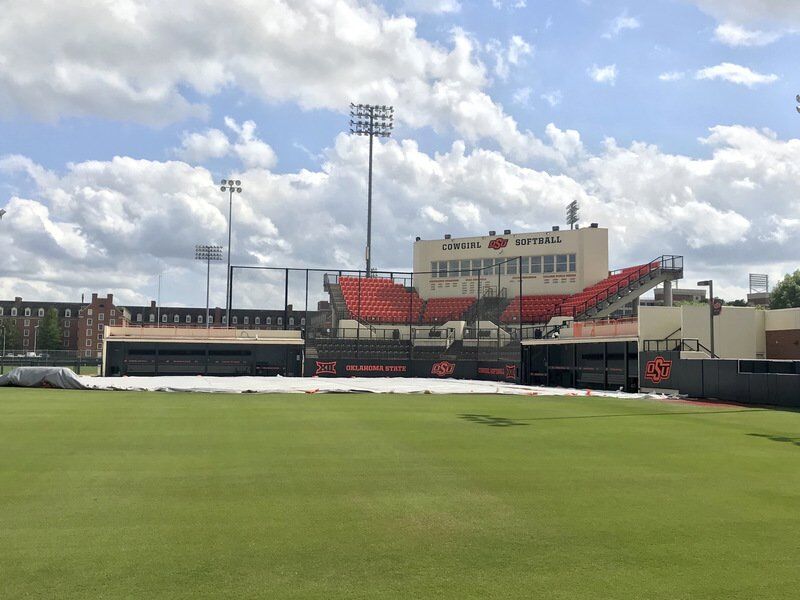 Jimmy Gillispie/Stillwater News Press Cowgirl Stadium has been home to the Oklahoma State softball team since 2000 at the corner of Duck Street and McElroy Road. OSU softball coach Kenny Gajewski said Wednesday that there has been discussions of building a new stadium for the program, and that it could happen within the next few years. 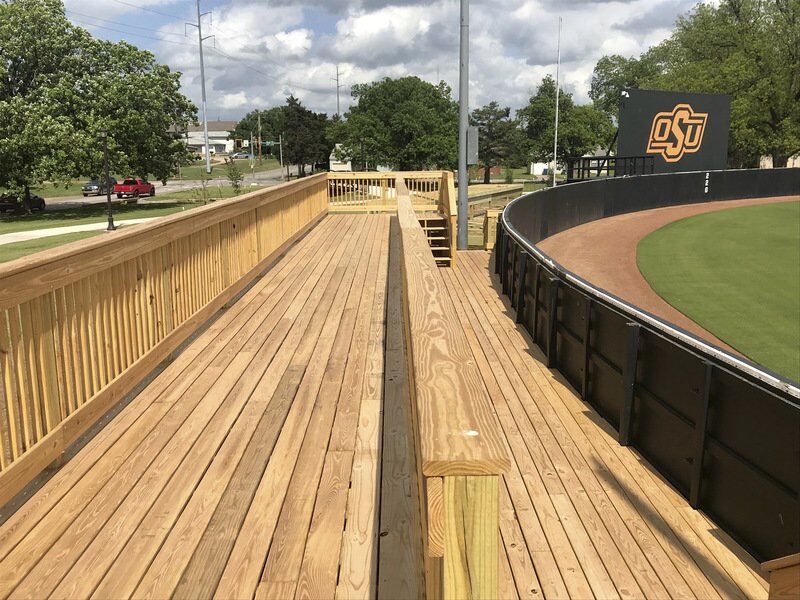 Jimmy Gillispie/Stillwater News Press Cowgirl Stadium has been home to the Oklahoma State softball team since 2000 at the corner of Duck Street and McElroy Road. OSU softball coach Kenny Gajewski said Wednesday that there has been discussions of building a new stadium for the program, and that it could happen within the next few years.

Kenny Gajewski dropped a bit of a bomb during his weekly Zoom conference with the media Wednesday.

When asked about Cowgirl Stadium and where it ranks among the Big 12 Conference as far as capacity, the Oklahoma State softball coach said discussions have happened in regards to a new stadium.

He didn’t just hint at it or dance around the subject. Instead, the sixth-year coach who’s turned the Cowgirls into one of the top programs in the country did like he usually does and elaborated and talked for several minutes about the new idea for a new home to OSU softball.

“Coach (Mike) Holder and I have really done a lot of work to get some things going on this stadium, and we’re going to,” Gajewski said. “We’re going to build a new stadium. With what you see over at O’Brate and all of that stuff, that was the best thing that could have ever happened to the softball team – is baseball to get a new stadium. I don’t need to shy away from that.

“We’re going to build a softball field, and we don’t want to add on, we want to start over. We need to. It’s time. Coach Holder and Chad (Weiberg) know that. We’ve had a lot of really serious talks over the last month about that. I feel certain that something will happen pretty soon.”

Gajewski didn’t shy away from talking about the subject. In fact, he wants more people talking about it, likely similar to the chatter for years about a new home for the OSU baseball team.

He said it might cost between $25-30 million for a new stadium, but the conversations about the future for Cowgirl Stadium have kept him in Stillwater when other offers came knocking.

“I feel really good about all of this stuff,” Gajewski said. “That’s why we turned some other jobs down. We had an opportunity to leave here, but no way. This is home. This is where we want to be and I’ve had that commitment from day one. I’ve never felt like we got the short end of the stick, but now in our sixth year, it is time. It is time for us to get serious and get going here. New softball fields don’t win championships, but they sure do help some. Players do, and getting kids here is a big deal. Having the facilities like we have here everywhere is a big deal. I’m confident that will happen sooner than later, and I think you’ll start to hear more and more talk on that here pretty quick.”

The location and the look for a new stadium are up in the air, but Gajewski said he’d like to remain near the southwest corner of Duck Street and McElroy Road. He also said he’d like the stadium to resemble the newly-opened O’Brate Stadium – but likely not quite as large.

“I told Coach Holder I don’t need anything more than what O’Brate has,” Gajewski said. “I love it. I think we just need a smaller version of that, and I think he’s in agreement on that. You’re probably looking at 2-3 years. The hard part is we’ve still got to do some work here in the meantime. I think we’re going to put up a new fence. We got a nice gift for a new scoreboard. We’re going to get that going really quickly and we can move it to a new place.”

Gajewski expanded on the scoreboard, saying the new one will most likely be installed following this season.

“Our scoreboard, if you haven’t seen it, is not the prettiest sight around,” Gajewski said. “People just don’t know what they don’t know, and once people start talking about it and they see it, they look around and go, ‘I’m shocked.’ I think you’re going to see improvements to where we’re at for the next couple years until we can get something built, but I think we’re 2-3 years out from really getting something done.”

The scoreboard is just one of many things Gajewski wants to improve on the facility that was opened in 2000 and been improved upon since he took over as coach. Aside the dozens of home games throughout the spring, hosting postseason contests would be easier and more desirable for the NCAA if improvements were made.

“We need more seats,” Gajewski said. “To host regionals, we need more bathrooms, concessions, visitor locker rooms and umpire rooms. We need a bigger press box. We need a new field. When you guys walk out and see how beautiful our field looks, this field is maybe the worst around as far as drainage and everything like that, but it looks perfect. It’s just time.”

But how long might it take to make this happen? Gajewski took an educated guess at a possible timeline.

“I think realistically, it could be a couple of years,” Gajewski said. “It takes time. We don’t even have plans drawn up, and that’s something that we’ve got to do here fairly quick. We need the support, like Mr. (Cecil) O’Brate gave for the baseball field, but you can’t really sell a dream until you have drawings and pictures of what things may look like. The process we’re in now is how we do we do that and what do we want it to look like?”

One person he believes to be in his corner is newly announced OSU President Kayse Shrum, who will replace Burns Hargis this summer. Shrum was named the new president late Friday night, and according to Gajewski, she’s been a fan of Cowgirl softball for a while.

“I’m excited about our new president, as well, Kayse Shrum,” Gajewski said. “She’s a huge softball fan. She came to a lot of our games before she was announced as president, and now that she’s there, she’s going to play a huge role for us to help us, as well. It’s probably one of the coolest things we could have is somebody like her – a woman – for our kids to know that anything is possible. To have her on our side is a big deal. We have a lot of allies, and it’s really good. When the time is right, we’ll have exactly what we need.”