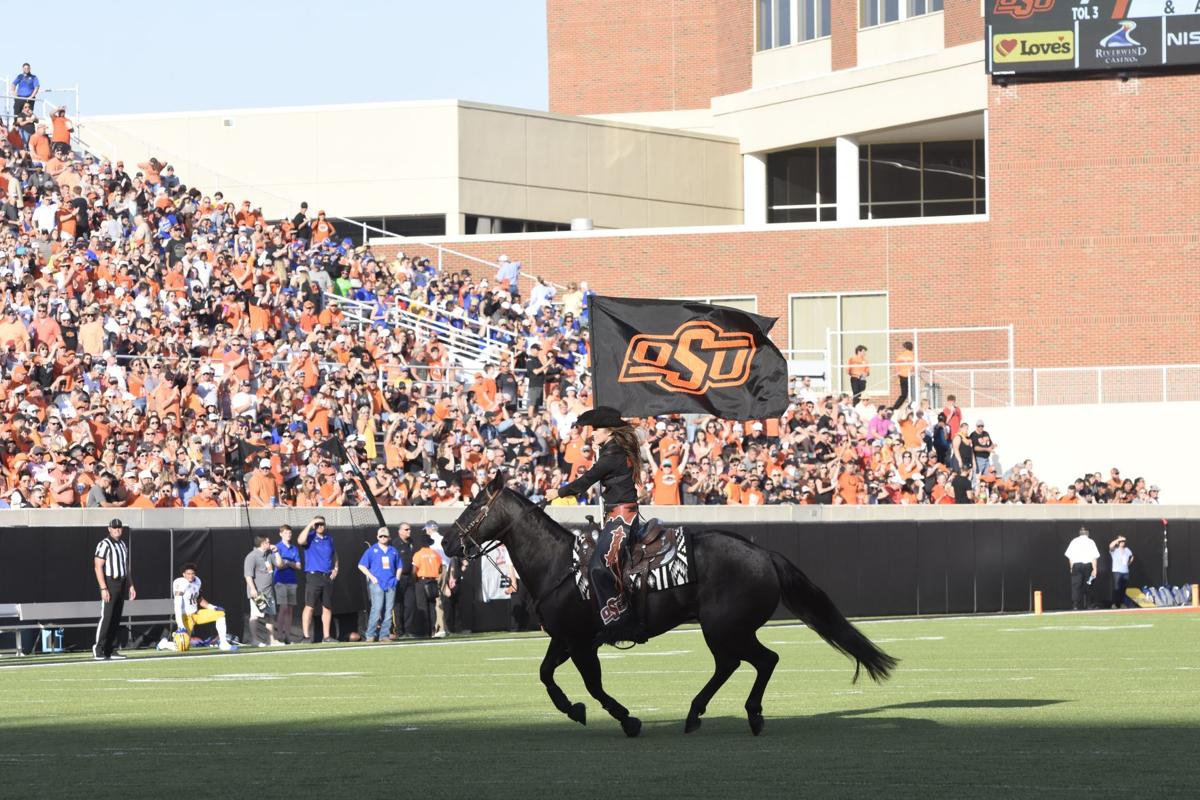 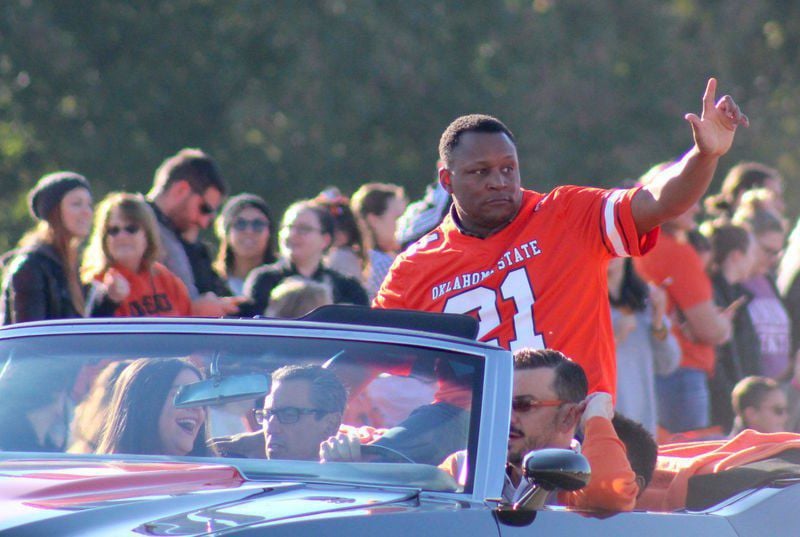 Michelle Charles/Stillwater News Press Legendary Oklahoma State running back Barry Sanders celebrated the 30th anniversary of his Heisman season by returning to OSU as Grand Marshal of the homecoming parade. Sanders was joined by his offensive line, the “War Pigs.”

Michelle Charles/Stillwater News Press Legendary Oklahoma State running back Barry Sanders celebrated the 30th anniversary of his Heisman season by returning to OSU as Grand Marshal of the homecoming parade. Sanders was joined by his offensive line, the “War Pigs.”

Oklahoma State has created what the university claims is “America’s Greatest Homecoming” surrounding the Cowboy football game. And this week, it will be the same for the fans, but it’s starting to grow as an important aspect for the football program, as well.

“This is a big week for Oklahoma State. Obviously, with the largest homecoming in the country,” Gundy said. “We are guesstimating 60-70,000 people back in town. It is a really exciting time. It has been a great tradition that has carried on here forever.”

A good chunk of those people piling into Boone Pickens Stadium will be former players returning to take part in the pomp and circumstance.

“The most difficult part for me is tickets. Everybody wants tickets,” Gundy said. “Former players, ex-players and pro players, but it is a good problem to have with us having that many people coming back. We will have a full house and it will be a perfect time in the afternoon for some college football.”

Gundy is certain of one former Cowboy returning home to take in the Baylor game.

The Cowboy coach said he received a text from Mason Rudolph, whose Pittsburgh Steelers will be on the bye this week, that he will be back in Stillwater for homecoming. That also means there is a chance his running mate James Washington could also make it back to Oklahoma State.

While Kansas City is not on the bye, the fact the Chiefs are playing in the Thursday night game against Denver, it’s possible former defensive lineman Emmanuel Ogbah could be in attendance. He told the News Press in an exclusive interview last month that he was hopeful to return for a game this year, and Kansas City’s bye week falling on the West Virginia road game for Oklahoma State, this may be the best opportunity for Ogbah this year.

Keeping in constant contact with the former players is something Oklahoma State has been stressing more in recent years.

Beyond sending Cowboy gear to former players in the NFL, the program has also tried to get more ex-Cowboys back for games. Last year, the most notable of those moments was the return of OSU’s lone Heisman Trophy winner Barry Sanders for Homecoming, along with the offensive linemen who blocked for him in that historic season.

“We had an alumni week for the last home game, and think we had a 140 or 150 players then,” Gundy said. “We’ve started a nice tradition where players are coming back, and that’s a good thing for Oklahoma State football.”

Gundy said it wasn’t always a priority at Oklahoma State – getting former players back – to where it was usually an afterthought job for those in the program. But that has changed in recent years.

“When I took over and started paying attention to it, former players and alumni weekend and all those things that are crucial in developing a tradition and history, we hadn’t done it at Oklahoma State – it wasn’t anybody’s job,” Gundy said. “It’s one of those things that everybody says it needs to be done, but unless you put somebody in charge of it, nobody ever takes care of it. We’ve had it secondary for certain people, but now we’ve got it to where we are handling it in-house for the most part, and I think it’s done very well.”