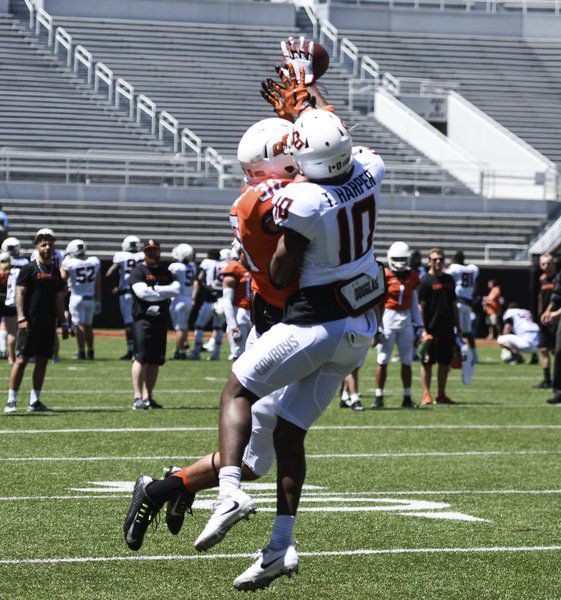 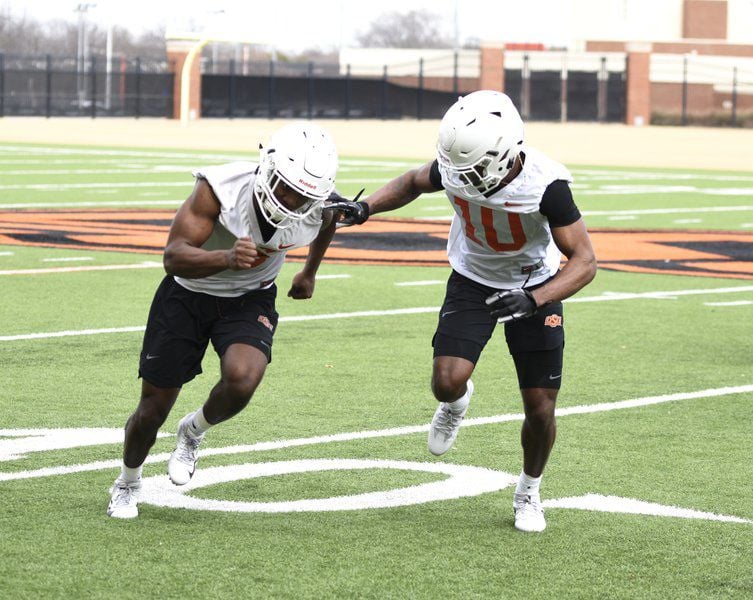 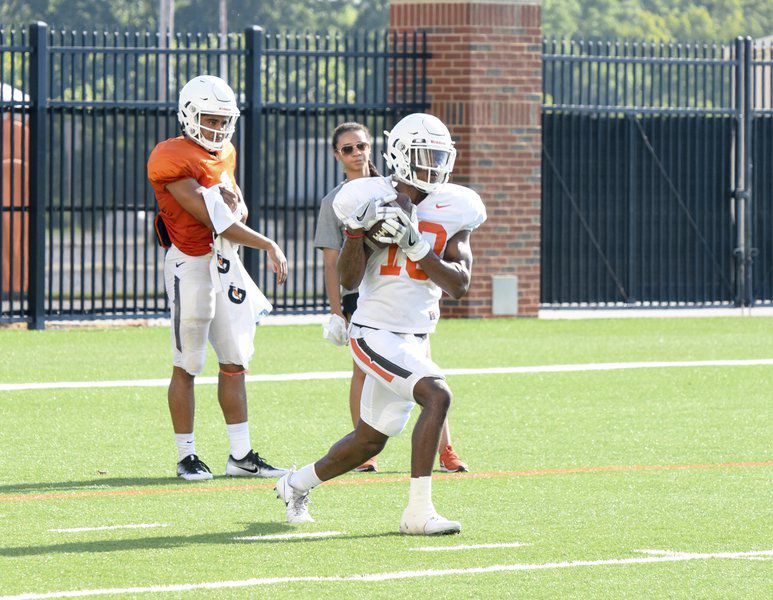 Mike Gundy has gushed over two true freshman over spring and fall camps.

One is a 29-year-old punter from Australia, but the other has shown to be a little more advanced for his age.

Thomas Harper was able to graduate early from Karns High School in Knoxville, Tennessee, in order to enroll back in the spring. And everybody on the Oklahoma State team who talks about him – not just Gundy – talks about the maturity of the 18-year-old cornerback.

“The most exciting thing for me about Thomas is that he is low maintenance,” cornerbacks coach Tim Duffie said right before the start of fall camp. “He came here when he should have been at his prom and was here this spring. He didn’t miss a beat.”

The 5-foot-11, 165-pound cornerback was a two-way player at Karns, hauling in 1,086 receiving yards and 11 touchdowns during his junior year – the first player in school history to surpass the 1,000-yard mark – and repeated his offensive numbers his senior season with 1,279 receiving yards and 18 touchdowns.

Harper was as a three-star recruit, ranked No. 64 out of the state of Tennessee and the 185th-ranked corner at his position according to 247Sports.com, but he was still considered an athlete due to his two-way capabilities. His older brother Devin Harper – a redshirt junior linebacker for the Cowboys – said back in December that Thomas preferred playing defense, though.

“Thomas is going to be really good,” OSU redshirt junior wide receiver Landon Wolf said recently. “He’s super athletic. I worked with him back in the summer, doing extra work and some one-on-ones.

“He’s not even grown into his body yet – his older brother Devin is huge. Thomas is really strong in the weight room, he learns really quick and most importantly, he’s athletic. Everything just comes natural to him, so I think he’s going to learn quick and be a contributor early on.”

Helping the younger Harper making the early move into Oklahoma State was his training back in Tennessee.

Devin had mentioned back on National Signing Day that his brother was working with a professional trainer back home who works with NFL players – include four-time Pro Bowl safety Harrison Smith of the Minnesota Vikings. And so when Thomas was thrown into the training regimen run by OSU strength and conditioning coach Rob Glass, he was able to keep up with the veterans of the program.

“There wasn’t an acclimation period with Coach Glass,” Duffie said. “He got thrown in with those older guys and he swam, he didn’t drown. I am really excited about the maturity.”

Having a young player competing for reps from the start of spring has certainly pushed the returning starters.

Oklahoma State has a pair of two-year starters at the position in senior A.J. Green and redshirt junior Rodarius Williams – with redshirt senior Kemah Siverand getting minutes last year after transferring from Texas A&M. And they feel the presence of Harper behind them.

“He’s pushing us a lot, keeping us going as a unit,” Williams said. “… He’s ready to go out there, and not afraid of making a mistake.

While he may only see limited time on the defense – barring injury or ejection – with veteran players ahead of him, Harper could see more action in special teams his first year in Stillwater.

Though nobody has confirmed his position on special teams, in the limited time at the start of practices that was open to the media, Harper was working on fielding kicks with a select group of players.

“I think his ball skills are phenomenal. He played receiver and returned kicks,” Duffie said.

"He's going to play. I haven't gotten that direct from them (the coaches), but I can't imagine he's not going to. He looks like to me, that he's not scared and likes to compete. He's been fairly productive."