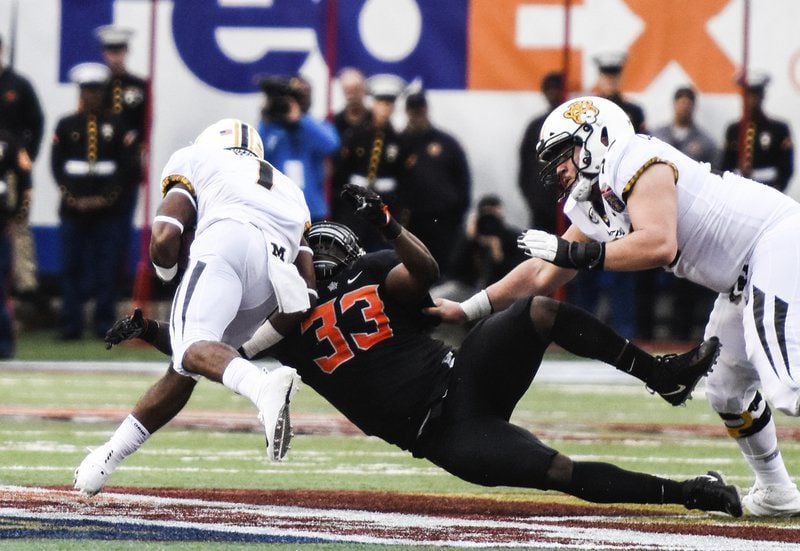 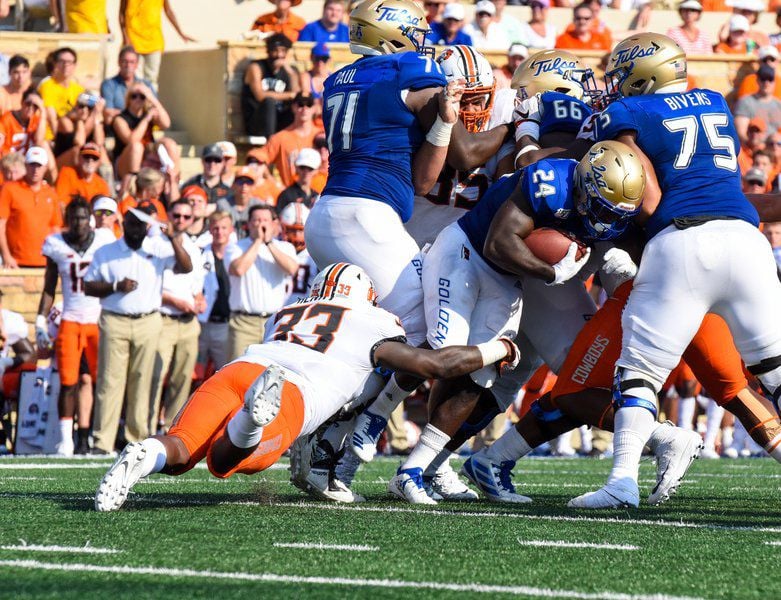 Kevin Henry has had a frustrating career at Oklahoma State.

When it looked his time to get to the field was approaching, he was faced with setbacks.

After redshirting in 2015, the redshirt senior from Baton Rouge, Louisiana, got to see some action as a backup his first year on the field – which included 18 tackles and an interception.

But when it looked like he might get a chance to vie for a starting role in the Cowboy defense in 2017, an ACL injury in the season opener against Tulsa ended the year before it really even began.

“Honestly, that is maybe the toughest thing I have endured in my whole life and made me into the player I am now,” Henry said this week. “I am very strong mentally from it.”

With the lingering effects of the injury, and buried behind a group of veteran linebackers, Henry found himself once again fighting for playing time last year. He played in 10 games, but posted just 10 tackles on the season.

But he finally got a chance to show his worth in the Liberty Bowl against Missouri, getting the start due to injuries ahead of him. He churned out a season-high three tackles in that game.

“Opportunities are once in a lifetime so when they come, I try to make the best of it,” Henry said. “It wasn’t easy but … when coach decided to put me out there, I took advantage of it.”

While he was battling through it all, he relied on help both in Stillwater and back home in Louisiana.

“Leaned on my mom and the team,” Henry said. “The team kept me high-spirited and they were always lifting me back up.”

And again this year, he had to wait his turn to make it into the rotation.

After suffering a concussion, he was held out of the first two games of the year – which led to the emergence of Amen Ogbongbemiga and former safety Malcolm Rodriguez as the team’s leading tackles so far this season.

“I was dealing with a little concussion, but that comes with the linebacker position,” Henry said. “I wanted to play it safe and they decided to rest me on that, but I am back in action now.”

His return for the Tulsa game brought a boost to the middle of the Cowboy defense.

It wasn’t just the depth that he added to the position – which proved important against the Golden Hurricane when Rodriguez missed a few plays while dealing with a nagging injury – but the senior brought a sense of calm to an otherwise young defense.

“He tries to stay positive in all aspects. He always brings the energy,” Ogbongbemiga said of Henry. “Just to have him back, ready to go, it’s amazing. I’m just glad he’s with us. He’s going to do great things moving forward.”

Ogbongbemiga talked of Henry being a leader on the team, despite having such limited playing time during his career.

And that’s something Henry has embraced during his time in Stillwater.

“When you are not playing as much as you want to, you’ve got to find a role and I felt like since I am so vocal, I can find a leadership role and take that and get the guys ready to play on the field,” Henry said.

Getting back for the Tulsa game also brought a bit of relief for Henry.

While slowly getting worked back into the rotation, Henry finished the game with three tackles.

“I felt good going out there and playing,” Henry said. “It has been a while coming off a ACL and just battling back to get back in the rotation. It is good to be out there.”

But he wasn’t the only person excited to get back on the field this season.

His mom, who Henry had leaned on during his ACL injury, was quick to reach out when the news came out of his return.

“She was very happy to see me return,” said Henry, who added his mom watches every Oklahoma State game. “She texted me like 12 times right before the game and I was like, ‘You got to let me get in my zone right now.’”

His position coach and defensive coordinator Jim Knowles has also been happy to see the return of Henry.

“I love Kevin Henry, he represents the program,” Knowles said after the Tulsa game. “He’s a worker, he’s a guy who has bided his time and we’re going to need him down the stretch run. It was good to see him make plays.”

Though he’s still in a backup role at linebacker, he’s been an important player since his return.

Last week against Texas, he recorded four tackles – three of them being solo tackles – and had one of Oklahoma State’s three pass breakups.

“He’s a guy who can start at a lot of places. He was starting here, but he just got a little banged up and got taken out of the lineup,” Ogbongbemiga said. But Kevin’s a smart linebacker, he’s very physical and he’s a real leader. For him to be back out there, it kind of motivates all of us.”