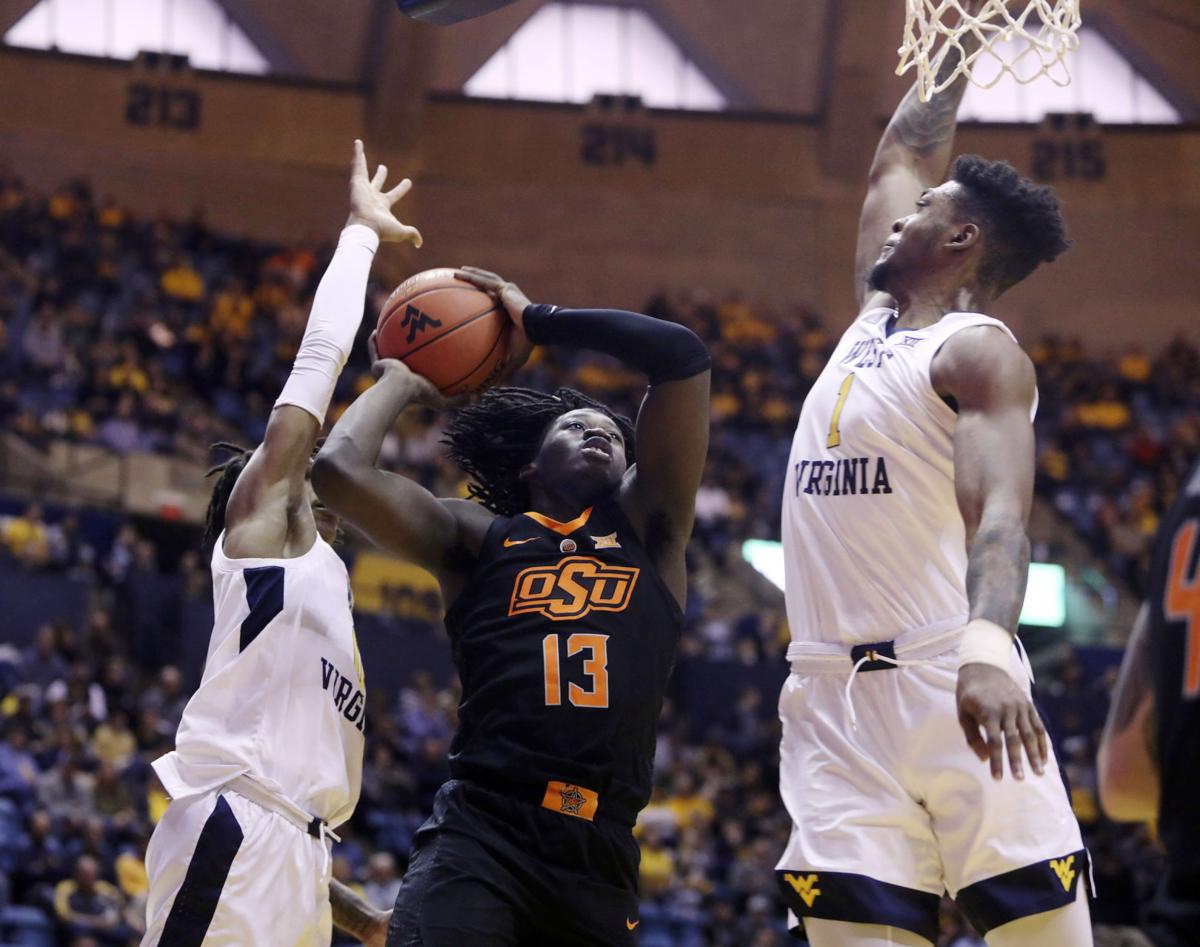 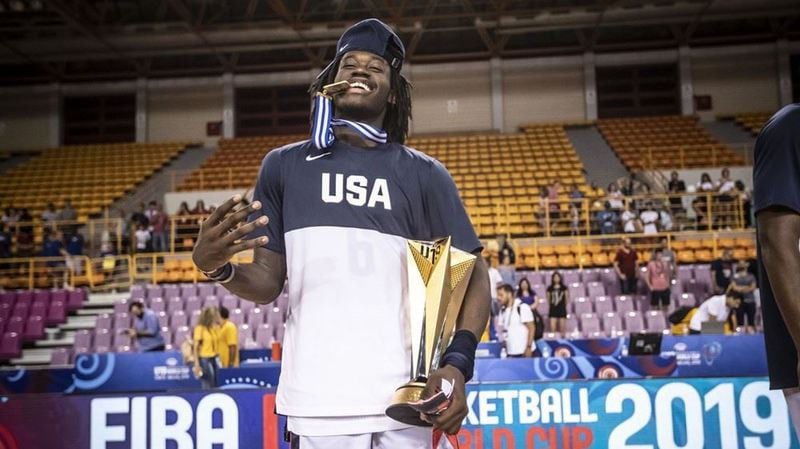 On Wednesday afternoon, Isaac Likekele failed to recall a time he’d ever come off the bench to record his first minutes of a basketball game.

According to the Oklahoma State sophomore guard, it had never happened.

That was until this summer when Likekele played for Team USA in the FIBA U19 World Cup in Greece. The Cowboy point guard made his first media appearance Wednesday since returning from Europe with a gold medal.

“It’s an unreal feeling,” Likekele said of winning the gold medal. “It still hasn’t hit me, yet. It’s not something most people do in their lifetime, so I just feel blessed to be on that stage and in front of those people.”

Where is the gold medal now? It remains in Stillwater, but not for much longer.

“I got it at my place right now,” Likekele said. “I’m going to take some photos with (team photographer) Courtney (Bay) later, and then send it back home to my family. They’re going to frame it with the jersey.”

As far as his role with Team USA, Likekele was a spark plug off the bench for coach Bruce Weber, who is head coach for Kansas State University – a Big 12 Conference foe of the Cowboys.

It was a new role for the Arlington, Texas, native. It was one he embraced, as he felt blessed to be a part of the roster.

“I’ve never come off the bench before in my life,” Likekele said. “Not even in middle school or anything. It was a different feeling. I was never the type of guy to care about starting or not, although ironically I’ve started my whole life, I never cared about starting. I just feel like it’s important about what you’re going to do out there – what you’re going to do with your minutes.”

Likekele started all 32 games this past year as a freshman at OSU. He averaged 8.7 points per game while playing 28.9 minutes a game. Likekele also averaged 4.8 rebounds and 3.9 assists during his first year in a Cowboy uniform.

This summer, he produced similar numbers for Team USA. He averaged 8.4 points, 5.9 rebounds and 3.1 assists during seven games in Greece.

“I think it does wonders for him on a personal level,” third-year OSU coach Mike Boynton said. “Obviously, being able to go out there and compete the with the best guys in the world his age, and to be with the team that had the success it did is a great experience for him. It’s something I’m sure he’ll remember for the rest of his life.

“Further than that, it’s good for our program. The exposure we were able to get and for other kids to see there are even more things you can do through Oklahoma State from a basketball standpoint. I’m really proud of him and happy for him, but I’m certainly glad to have him back here.”

From the tryouts to the games to winning the gold medal, the FIBA U19 World Cup was an experience Likekele won’t forget. He said his role was to be a playmaker for the team, but to also be a glue guy who stuffs the stat sheet.

Additionally, he was also one of the team’s leaders, as he was one of the oldest players on the roster. Likekele said it was humbling to be one of the leaders, because he learned from veterans Thomas Dziagwa, Cam McGriff and Lindy Waters as a freshman at OSU.

“I feel like I’m a lot better, especially decision wise,” Likekele said. “I really became a student of the game after the season. I’m making better decisions out there. I was the older guy, so they looked to me down the stretch to make a certain type of play.

“… It helped me learn to really manage my time when I am out there on the floor and be more productive out there. If I can do that much in 13-14 minutes, I should be doing way more in 28 or 30 minutes.”

One reason for Likekele’s success in Greece could be attributed to the basketball used during the international competition.

“I like the FIBA ball a lot,” Likekele said. “I like playing with the FIBA ball. You go to different schools around here that have the Nike balls or other balls, and then the FIBA ball was way different. They actually have good grip, so that was actually fun.”

This year marked the second-straight summer Likekele has traveled to Greece for basketball. Last August, the Cowboys took a team trip to Europe for sightseeing and three exhibition basketball games.

One of the stops was in Athens, Greece. This year’s trip included some down time, which Likekele admitted he spent either sleeping or at the beach.

Now, he’s back in Stillwater. However, he’s just been watching the Cowboys’ summer workouts. He can be heard cheering on his teammates or coaching them up, despite wanting to get on the court with them.

“We basically shut him down here for a couple of weeks,” Boynton said. “He’s champing at the bit.”

“It means a lot, not just for the university, but for me and my family,” Likekele said. “The hard times and hard work I’ve put in, so it was a blessing to be named with those few people selected. I just want to keep on going forward from there.”