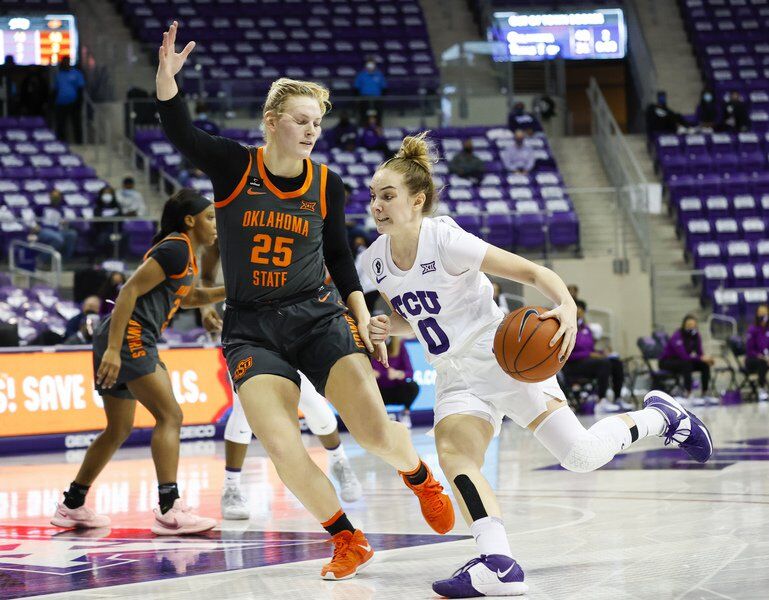 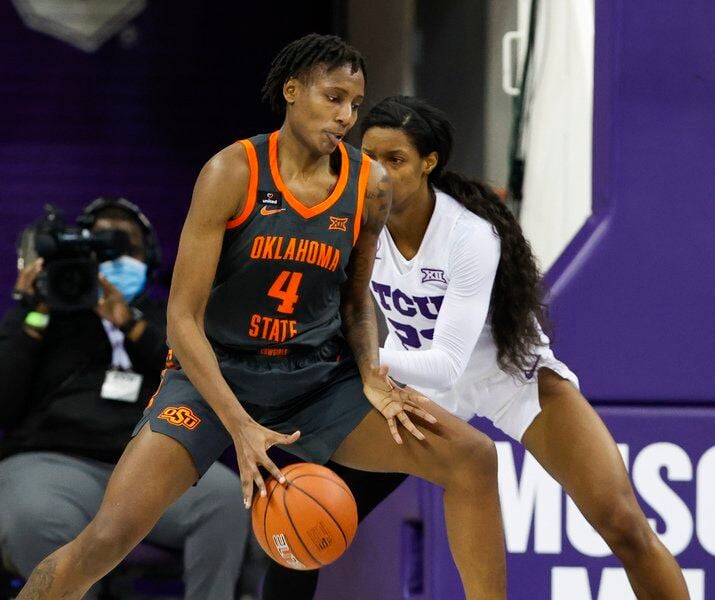 Ja’Mee Asberry got the Oklahoma State women’s basketball team off to a hot start Wednesday night, but by the end of the game, the Cowgirls’ victory had turned into the Natasha Mack show.

Mack recorded her first-ever triple-double – and the program’s second ever – helping the Cowgirls remain unbeaten in conference action. They stomped TCU, 78-53, after pulling away in the second half following a 12-point lead at the break.

“It was a total team effort,” OSU coach Jim Littell said. “A lot of positive things. We’re going to enjoy this one for tonight and we’ll see when we play again.”

Mack, a 6-foot-4 senior from Lufkin, Texas, dominated the game on both ends of the court. She scored 28 points on 12 of 20 shooting and 4 of 5 at the foul line, grabbed 17 rebounds and blocked 10 shots. Mack also dished three assists in the win.

Her triple-double was the program’s first since Brittney Martin accomplished the feat as a freshman in December 2012 against UT-Arlington. Martin had 10 points, 14 rebounds and 10 assists.

“I think what’s special is all of the kids in our locker room just went crazy when they heard her numbers,” Littell said. “It’s because she is such a special teammate. … She always defers the attention off of herself and to her teammates.”

Littell expanded on why Mack had a big night, especially on the offensive end.

“Nothing Mack does really surprises me,” Littell said. “But the difference in Mack tonight is she used the backboard. We feel like she left a lot of shots out there just trying to shoot over the front of the rim, and when you get bumped and you’re playing inside and its a physical league, you don’t have to be as pure when you use the glass.”

Asberry, a junior from Tulsa, scored eight of the Cowgirls’ first 10 points after sinking a pair of 3-pointers and hitting two free throws in the first two minutes of the contest. She finished the game with 19 points, despite shooting 6 of 21 from the field, while also recording nine assists.

Freshman Lexy Keys, from Tahlequah, added 13 points on 5 of 11 shooting, despite shooting just 1 of 5 from 3-point range. Keys also dished seven assists in the win.

The Cowgirls’ (8-2, 4-0) win was their second-straight Big 12 Conference victory in blowout fashion. They crushed Texas Tech, 75-48, on Saturday and have now won five games in a row.

OSU never trailed in the game, thanks to Asberry’s quick start. Its offense slowed down a bit late in the first quarter, and battled a close second quarter until it went on a 7-0 run during the final 2 minutes and 7 seconds of the second quarter.

The third quarter was critical for the Cowgirls. They outscored TCU (5-4, 0-4) by 13 in the quarter. That, aided by a 9-0 run to end the quarter, which turned into a 13-0 run as the Cowgirls scored the first four points of the fourth quarter and took a 69-40 lead.

OSU entered the game missing five players. Littell said it was due to COVID-19 protocol, but wouldn’t elaborate any more after the game.

“We told our group they could easily feel sorry for themselves,” Littell said. “We played with five players down tonight. Not one of them felt that way. Our preparation was good. We had four kids that hadn’t played very much … and all of those kids stepped up and did really well.”

One Cowgirl who played a lot more than usual was senior Abbie Winchester. She had played a total of 26 minutes in the past seven games combined.

On Wednesday, Winchester played 29 minutes and grabbed 11 rebounds to go along with four points.

OSU will travel to Iowa State next Wednesday.