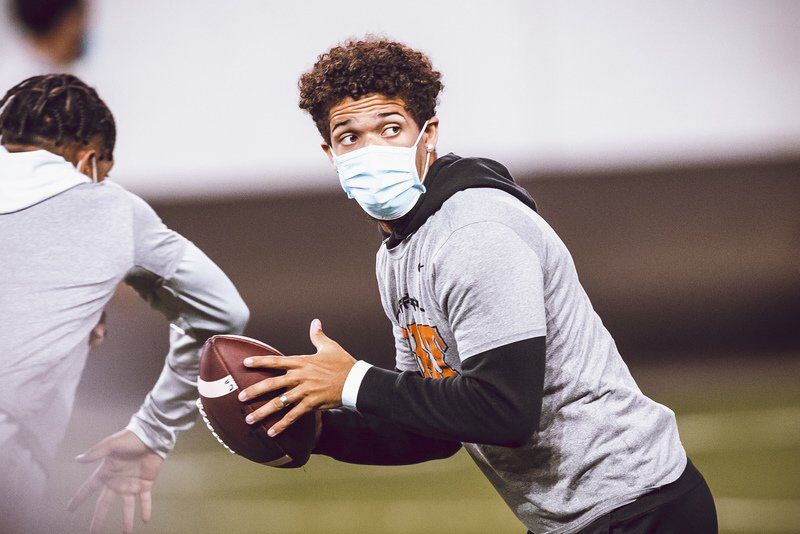 Bruce Waterfield/OSU Athletics Oklahoma State quarterback Spencer Sanders drops back to throw a pass during practice Tuesday inside the Sherman E. Smith Training Center. Sanders is entering his redshirt sophomore season after not finishing last year due to an injury. 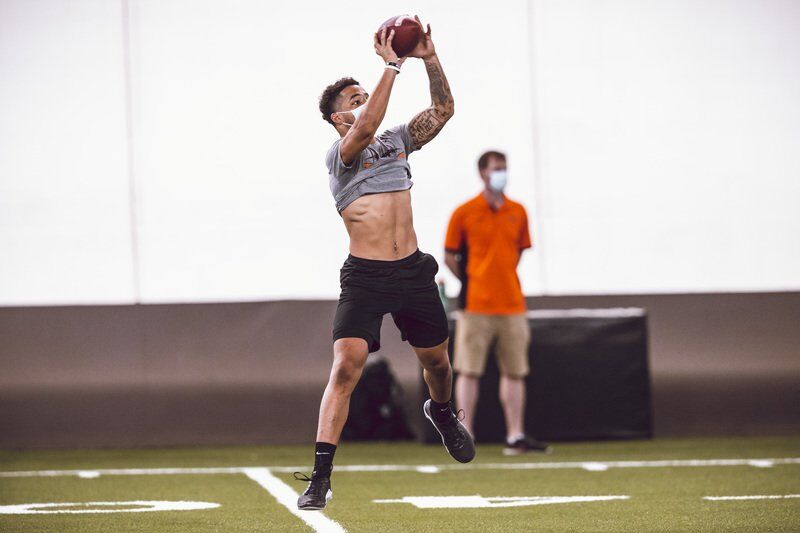 Bruce Waterfield/OSU Athletics Oklahoma State quarterback Spencer Sanders drops back to throw a pass during practice Tuesday inside the Sherman E. Smith Training Center. Sanders is entering his redshirt sophomore season after not finishing last year due to an injury.

Eventually, the Big 12 Conference is going to have to make a decision regarding football schedules for the 2020 season.

Other conferences have already decided to play only conference games this fall. Yet, the Big 12 has been quiet about what it wants to do. With less than a month until the season is scheduled to start for some teams – including one wearing crimson and cream in this state – it’s time for the Big 12 to make a decision and let it be known to the public.

Let’s be honest, this is the same conference that couldn’t decide if it wanted to add two more teams a few years ago to officially have 12 teams again. It had plenty of offers, yet rejected all of them to remain at 10.

That move is still baffling.

Remaining quiet on the issue isn’t helping perception that the Big 12 wants to keep its 12-game schedule that includes three nonconference games. Other conferences are starting in late September with conference-only schedules while the Big 12 remains silent to the outside.

Surely, internal discussions are happening among conference officials. The same can be said for universities that have gone very quiet since the pandemic hit.

Some schools have been holding weekly online conferences so media members can speak to coaches or the athletic director. Not only does it help newspapers have stories to write during this awful time, but it also helps with transparency.

Yet, some universities aren’t saying much and keeping everything close to the vest. It’s hard to know what’s happening in those programs.

Hopefully when the Big 12 finally announces something, those programs will let coaches and the AD speak about that decision. Let’s hope the Big 12 releases something early next week.

The Big 12 football media day was scheduled for nearly two weeks ago before being pushed to next Monday. Information was released Wednesday with the schedule of the virtual media day. A day later, it was canceled with no make-up date scheduled.

“There continues to be a lot more questions than answers about what the football season will look like,” Big 12 Commissioner Bob Bowlsby said. “A media day is intended to talk football and the prospects for the season. Part of that discussion is who you will be playing and when. With the on-going consideration of scheduling models by our Board of Directors, this is the best course of action at this time.”

The Big 12 also said a media briefing with Bowlsby will be scheduled for the near future to discuss the state of the conference.

It would be nice to talk to coaches about this upcoming season, but it’s hard to do that when no one knows what it will look like. Yet, coaches can still talk about their players and not about the schedule.

Locally, Oklahoma State coach Mike Gundy has plenty to talk about regarding his players. He may arguably have the best running back (Chuba Hubbard) and wide receiver (Tylan Wallace) in the country returning for the 2020 campaign.

The Cowboys also return a plethora of talent on both sides of the ball, including quarterback Spencer Sanders, safety Kolby Harvell-Peel, linebacker Amen Ogbongbemiga and many others who have started many, many games. It’s a roster with the potential to make a run like the 2011 squad.

Will the Cowboys have the chance to knock their Bedlam rival off the top of the platform?

It sure seems like they could do that. It won’t be easy, especially having to play in Norman this year. However, the last Bedlam win for OSU came in Norman.

If a loss happens in Norman, the Cowboys could force a rematch for the Big 12 title. Going unscathed during the rest of the schedule would be the easiest way possible.

But will there even be fans at Boone Pickens Stadium to bring the rowdy? And if so, what will that look like?

For myself and others, will we be allowed in the press box? What will postgame interviews look like this fall?

Seems logical that we can have Gundy and players take turns at the podium, like other schools do, but will that happen? Or will interviews be done virtually?

So many questions. Not enough answers right now. No one has the correct answer for any of these questions because we can’t even decide what’s right or wrong in the rest of the country to fight this virus.

Some answers from the Big 12 would be a good start. Let’s see what happens next week – the slogan we’ve all adopted since mid-March.