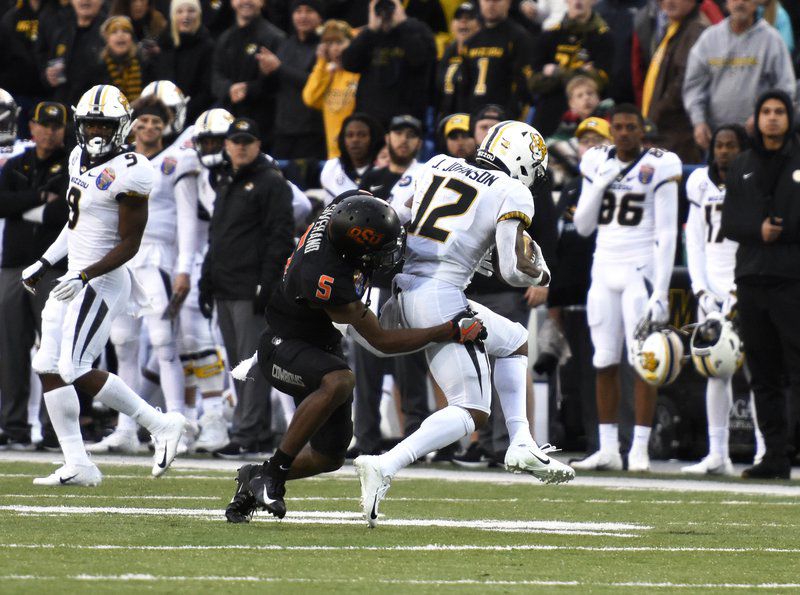 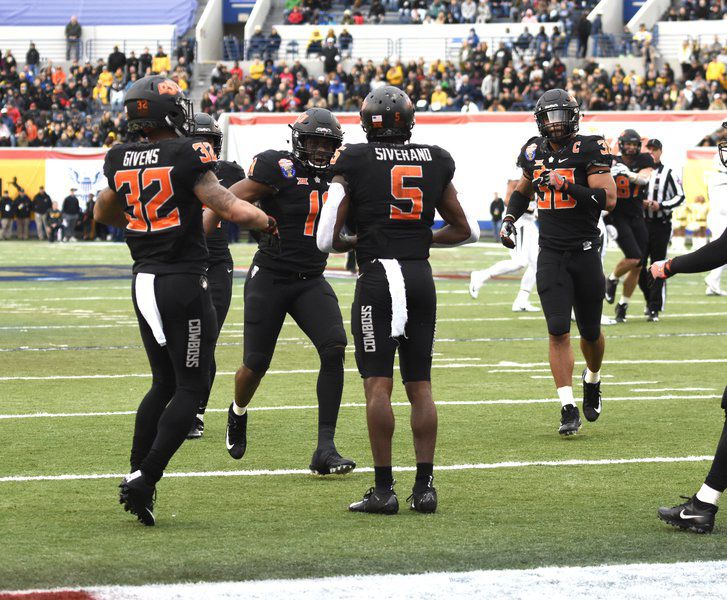 When Kemah Siverand was reading through the list of bowl projections all over the internet, there was one that continued to catch his eye.

He kept an eye on the chance that he could play his last college football game against the team at which he started his career in his hometown. And that’s exactly what happened.

When Oklahoma State squares off with Texas A&M at the Texas Bowl in Houston, he will face former college teammates while a large gathering of family sit in the stands at NRG Stadium.

“It almost happened last year, but then it really happened this year, which was a pretty cool thing,” Siverand said. “Now I get to actually catch up with ex-teammates and will be a pretty cool game to experience – finish where I started. …

“With it being at home, in my hometown, against the school I graduated from, this is a really, really special moment for me. I don’t know how to really feel about it now, but I know when I step on the field it’s going to be like an open-ended feeling.”

Siverand grew up in Cypress, Texas, a suburb of Houston, and moved an hour up the road for college – signing with Texas A&M as a four-star wide receiver.

But he wouldn’t stay at the position, or at College Station, Texas.

After two years with the Aggies, he was moved to cornerback and played in 12 games as redshirt sophomore.

That would be just the start of his new life in college football.

That following summer, he managed to complete his college degree – in three years – earning a University Studies degree with a focus in business, and had two years of eligibility remaining.

Since he had graduated, he was free to transfer to a new football program and not have to go through the typical process of having to sit out a year.

That’s when he landed at Oklahoma State, and has served as a valuable backup in the secondary – playing behind three-year starters such as Rodarius Williams and A.J. Green.

“This program definitely took a toll on me, in a good way,” Siverand said. “It’s been something that I’ll take with me for the rest of my life – from both programs, actually.

“Just a lot of memories with my brothers, and the lessons that I’ve learned here, are molding me into a better man.”

His first year with the Cowboys was spent largely on special teams, though he was thrust into the defense during the Liberty Bowl against Missouri due to ejections for targeting – of which he was eventually called for as well early in the fourth quarter, after posting a season-high four tackles.

His role this season hasn’t really expanded, recording just one tackle on the year and recovering a fumble on special teams in the game at Texas.

However, he did take on a new role after the bowl selection was announced.

Due to his three years in the Texas A&M program – though he never played for Jimbo Fisher – the Cowboy coaching staff called on Siverand to do some advance scouting of the Aggies.

“The offensive staff went ahead and gave me a card and I kind of told them tendencies they have to watch for – basically talking about the defensive side, because I know the defense and offense since I played both sides at A&M,” Siverand said. “I was just kind of sharing that knowledge with all the coaches, and letting them all know this is probably what’s likely to happen with the defense.”

There has been communication between Siverand and his former teammates, too.

He said there hasn’t been much interaction via social media, but that he received a bunch of text messages from Aggies players when the matchup was announced.

“Since I started at receiver, I know pretty much everybody on that offense – except for the freshmen and the two backs,” Siverand said. “… I’ve had people like and retweet my comment which was just, ‘Ending where I started, and being able to play a school that I graduated from.’ That was about it on Twitter.”