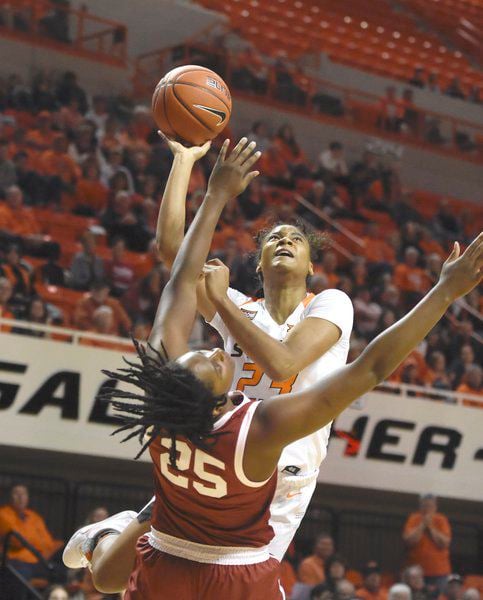 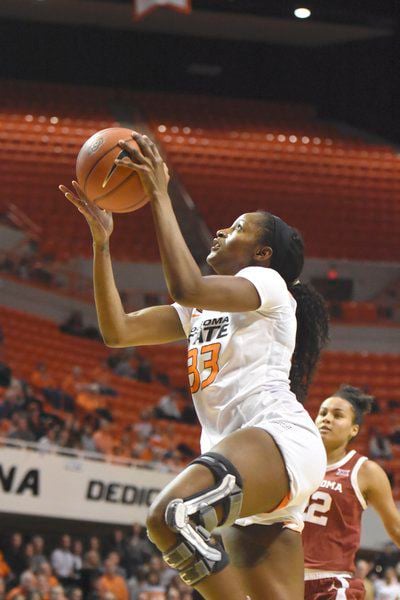 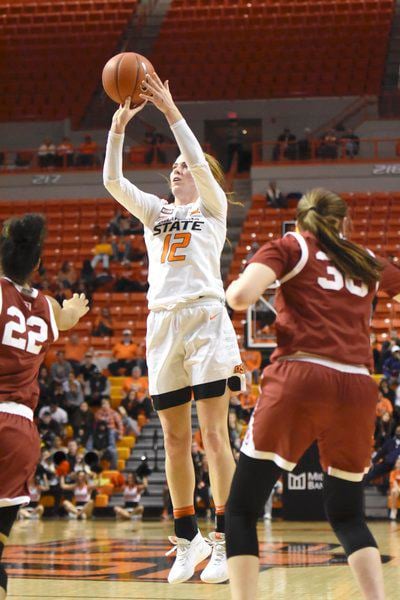 Jimmy Gillispie/Stillwater News Press Oklahoma State junior Vivian Gray (12) attempts a jump shot Wednesday night in Gallagher-Iba Arena. Gray led the Cowgirls with 22 points on 7 of 26 shooting from the field in their 77-75 loss to Bedlam-rival Oklahoma. 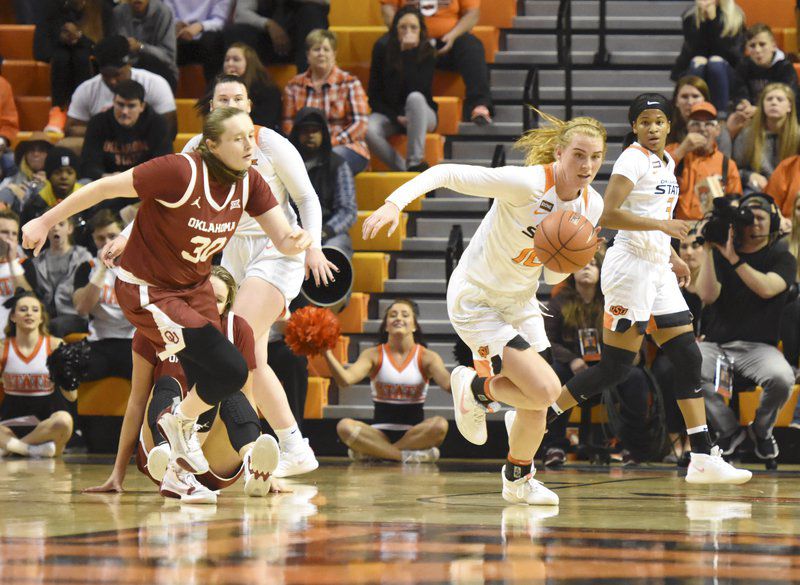 Jimmy Gillispie/Stillwater News Press Oklahoma State junior Vivian Gray (12) steals the ball from Oklahoma's Taylor Robertson during Wednesday night's game in Gallagher-Iba Arena. Gray led the Cowgirls with 22 points on 7 of 26 shooting from the field in their 77-75 loss to Bedlam-rival Oklahoma. 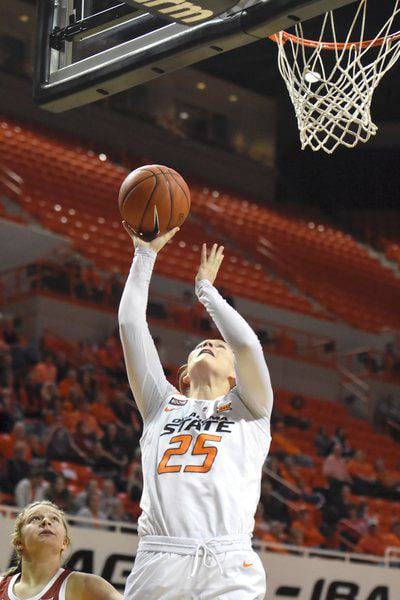 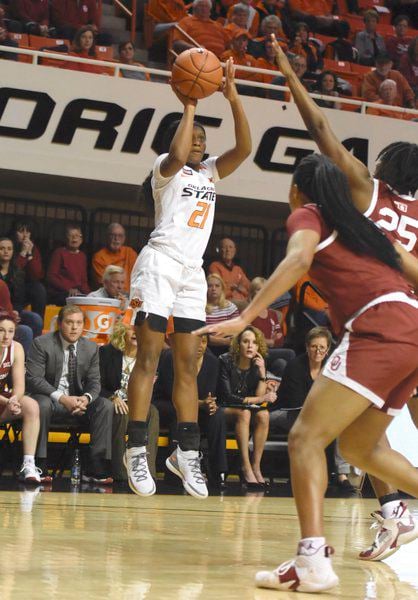 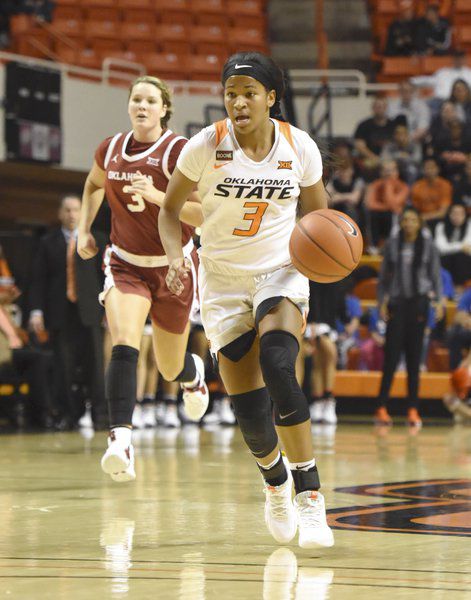 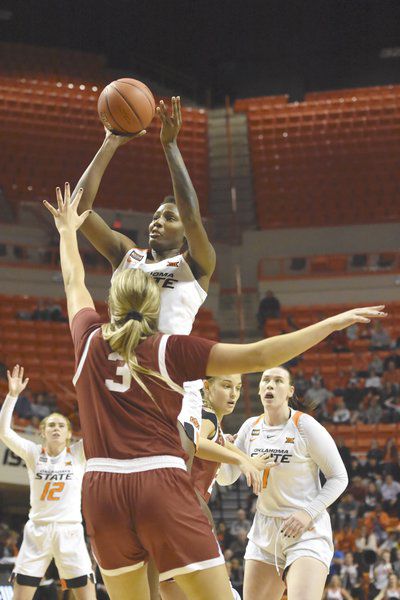 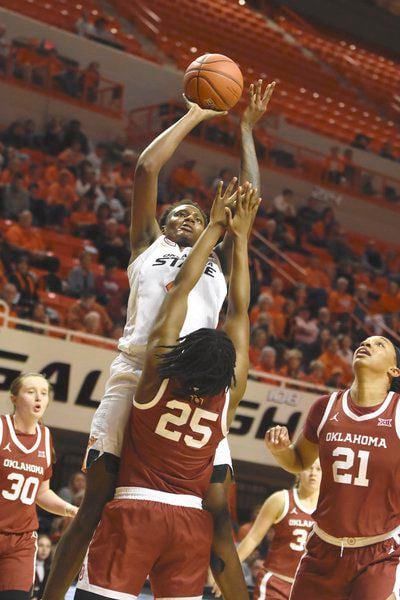 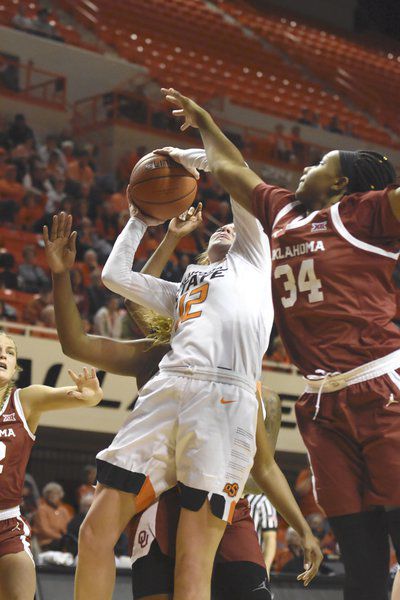 Jimmy Gillispie/Stillwater News Press Oklahoma State junior Vivian Gray (12) attempts a jump shot Wednesday night in Gallagher-Iba Arena. Gray led the Cowgirls with 22 points on 7 of 26 shooting from the field in their 77-75 loss to Bedlam-rival Oklahoma.

Jimmy Gillispie/Stillwater News Press Oklahoma State junior Vivian Gray (12) steals the ball from Oklahoma's Taylor Robertson during Wednesday night's game in Gallagher-Iba Arena. Gray led the Cowgirls with 22 points on 7 of 26 shooting from the field in their 77-75 loss to Bedlam-rival Oklahoma.

But it was that 76th second that mattered most.

Oklahoma took just its second lead of the second half with 1.8 seconds remaining, and after a wide-open, 3-point attempt by Oklahoma State’s leading scorer Vivian Gray bounced high off the rim, the Sooners accomplished a 13-point comeback in the closing two minutes – going on a 16-1 run – to win 77-75.

“Obviously this one hurts a lot,” Oklahoma State women’s basketball coach Jim Littell said. “We put ourselves in a position to win a basketball game, and I’ve got to do a better job of helping our kids finish games out. …

“We had a collapse in the end, and we gave up 30 points in the fourth quarter. Give credit to Oklahoma, they hung in there.”

The closing 30 seconds saw a difference in successful play calling to decide the outcome – which prevented the Cowgirls from winning for the fourth time in the past five Bedlam games, instead losing their second straight.

Oklahoma State had possession with 31 seconds remaining in a tie game after OU made its fifth 3-pointer of the fourth quarter – going 12 of 19 (63.2%) for the game – and fourth in the final two minutes.

“We were making some tough shots, but some were not very contested from the perimeter – a couple of the 3s weren’t,” Oklahoma coach Sherri Coale said.

With 20 seconds left on the shot clock, Gray gave up the ball and the Cowgirls attempted to get it back to their leading scorer at the perimeter, but the play was slow in developing and by the time she got it back there were two to three seconds left to get off a shot.

Gray took a lunging, flat shot that clanged off the side of the rim as the shot clock expired.

“I had an opportunity toward the end of the game, and I didn’t take it,” said Gray, who played all 40 minutes and scored a team-high 22 points. “I kind of made a bad play. As somebody who has been in that position before, I can’t rely on the young kids who haven’t. I should have stepped up and did better than I did.”

In the moment, an official blew the whistle before it was officially rebounded by the nearest OU player, preserving 3.6 seconds and allowing the Sooners to advance the ball up the court by using their final timeout.

According to the NCAA rule 5-14.2, “during the last 59.9 seconds of the game, if a team gains control of the ball and advances it prior to being granted a timeout, the team is no longer able to use the option to advance rule” – meaning OU could have advanced the ball after rebounding it and calling a timeout prior to a pass or dribble.

“He said it was an inadvertent whistle,” Littell said. “That wasn’t the difference in ball game. We had plenty of opportunities before that.

“They had secured the rebound, and that wasn’t a factor in the ball game.”

Oklahoma got two opportunities to draw up a play to win the game with Littell using an OSU timeout after seeing how the Sooners were lined up.

And Coale made use of the extra time.

The play called for a lob from Tatum Veitenheimer to Madi Williams, who was standing under the basket coming off of screens, for an easy layup.

“We practice it all the time,” Coale said. “I was an idiot the first timeout and called a play I’m not sure we had time to run, and at the second timeout, I went, ‘Oh, I’ve got a better idea! Let’s run the other one.’

“The first thing that goes into that is somebody’s got to want to make the pass, and I always like to ask them, ‘Who wants to pass, who wants to screen?’ And they jumped at the opportunity to do those role jobs so that Madi could do what she do.”

The layup by Williams was her 10th points of the final quarter as she finished with 18 points, behind Taylor Robertson’s game-high 25 points – on 7 of 11 from 3-point range and 9 of 14 from the field – and Ana Llanusa's 20 points.

The Cowgirls also had three players finish with double figures in scoring, with Natasha Mack chipping in 18 points – with 14 rebounds and six blocks – and Clitan de Sousa scoring 15 points to go along with Gray’s 22 on the night.