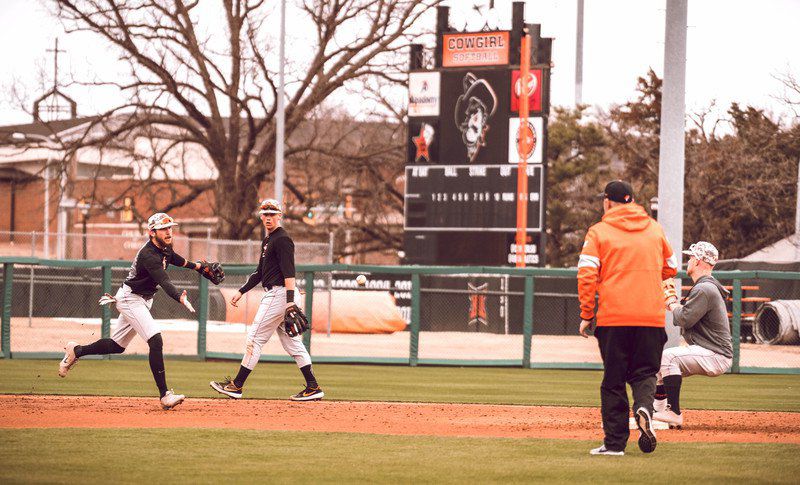 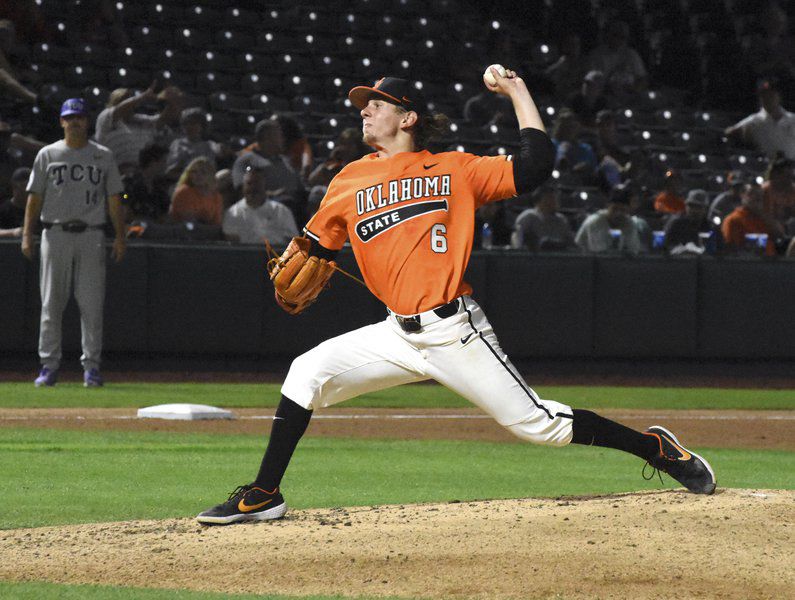 When the Oklahoma State baseball squad begins its 2020 season Friday night in Arizona, a true freshman will be taking the mound.

In fact, a pair of true freshmen will be starting two of the three weekend games at Grand Canyon University in Phoenix, Arizona.

The Cowboys’ season debuts at 7 p.m. Friday when freshman Bryce Osmond takes the mound to throw the first OSU pitch. The Jenks native will get the ball in his first college outing.

The Cowboys will stay in Arizona for two more days following the series. They play Arizona State at 7:30 p.m. Tuesday before heading back home for five-straight games.

Tuesday’s starter and the rest of the rotation is unknown leading up to the season opener.

“I know Coach Walton is still kind of working on the order and how he’s going to line the kids up,” OSU coach Josh Holliday said. “He’s going to start those guys and really just trying to match it up to where we have a good bullpen depth each day. It’s a four-game trip, not a three-game trip since we stay over and play ASU on Tuesday, so really, he’s going to look at that window of Friday through Tuesday and just try to line up our best guys that can bounce back – maybe work on a Friday and and bounce back and work on a Tuesday or guys it could work on a Friday and a Sunday and kind of build the depth of each game.

“You always have to do that to start a season. You have to try to have two or three guys on call for each game since pitcher’s pitch counts are not really built up. Some pitchers maybe are a little more stretched out than others at this time of year, but our guys are typically in the 60-75 pitch range the first time out, and usually will take you about 150 quality pitches to win a game. So, you probably need to have, roughly, two to three guys ready to kind of piece those four challenging games together over the course of the trip”

The Cowboys lost six key pitchers from last year’s team that came one win from a College World Series. Those pitchers combined to start 31 games last spring and won 27 games on the mound.

Sophomore Brett Standlee, also a Jenks native, started 12 games a year ago. Scott started another eight contests, which were his first since early in the 2017 season. Senior C.J. Varela and sophomore Mitchell Stone each started five games last year.

Yet, the first game of the 2020 season will be started by a Cowboy that’s never pitched a game in college.

Following the 2019 season in which Osmond helped Jenks reach the Class 6A state semifinals, he was drafted in the 35th round of the MLB Draft by the Washington Nationals.

“Bryce committed here in ninth grade,” Holliday said. “He came to a baseball camp here in January of ninth grade and was a shortstop at the time and could run like the wind, is really fast and athletic, and right away just kind of had a love for Oklahoma State. And obviously we could see in him a great athlete that had tremendous upside. We didn’t know exactly what it would be, but we knew it was a great athlete, one that we would definitely wanted to read a strong relationship with Bryce and his dad and his family from ninth grade on.

“He always expressed a strong desire to be here. But he then kind of moved into a premier pitching prospect between his junior and senior year and he really started to show some, some high level pitching talent to go along with being a really good position player. And then his senior year was much the same and kind of down the stretch. It was senior year. He he shot up and a lot of pro teams had strong interest in him, but he wanted to be here.”

OSU pitching coach Rob Walton talked Tuesday about what makes Osmond successful on the mound, and why he was the choice for the season opener. He said turnover within the program was one reason, but the other is Osmond’s ability.

“He’s got to understand the ability to locate, the ability to change speeds, the ability to be able to throw your breaking balls. … But it’s a fast arm,” Walton said. “He’s been up to 96 miles an hour already. He’s developed a curveball and a slider very quickly. He’s got a good changeup, so stuff wise it’s elite stuff – first round stuff. So, it’s just a matter of harnessing this talent and developing it and then navigating himself in traffic when guys are on base and those types of things.

“So, when you come from high school and you’re that kind of arm, you’re really not getting challenged a whole lot. So, now he’s got people that are going to challenge him on a daily basis. So, how you react to that, how you work yourself mentally through that is probably going to be key for him.”

The Cowboys finished 40-21 last year after winning the Big 12 Conference Tournament in Oklahoma City. They last played Grand Canyon in 2016 and 2017, winning four of six games against the Lopes.

Mechals is scheduled to start Friday’s game. Pierson Ohl and Dawson McCarville will start the final two games of the series.

“I like the fact that we’re going to play a good baseball team in their home stadium,” Holliday said. “We’ll have to play well. I think they have sellout crowds on days one and two already. So, we should play in front of a great environment for baseball. With spring training being in Arizona, there’s always been a little bit of a just a baseball vibe out there. I don’t know what how you describe it, but having coached here for a couple years you felt it when you’re out there. So, just kind of like I said, it’s kind of like ringing the bell. The time has come and we’re excited to go out there and play.”