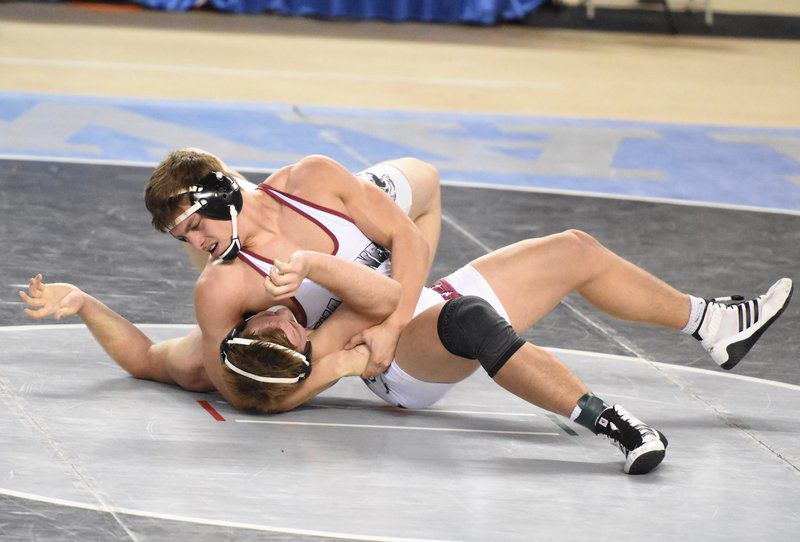 Jimmy Gillispie/Stillwater News Press Oklahoma State linebacker Malcolm Rodriguez is getting back to his wrestling roots by working out with the Oklahoma State wrestling team, along with Cowboy defensive end Brock Martin. 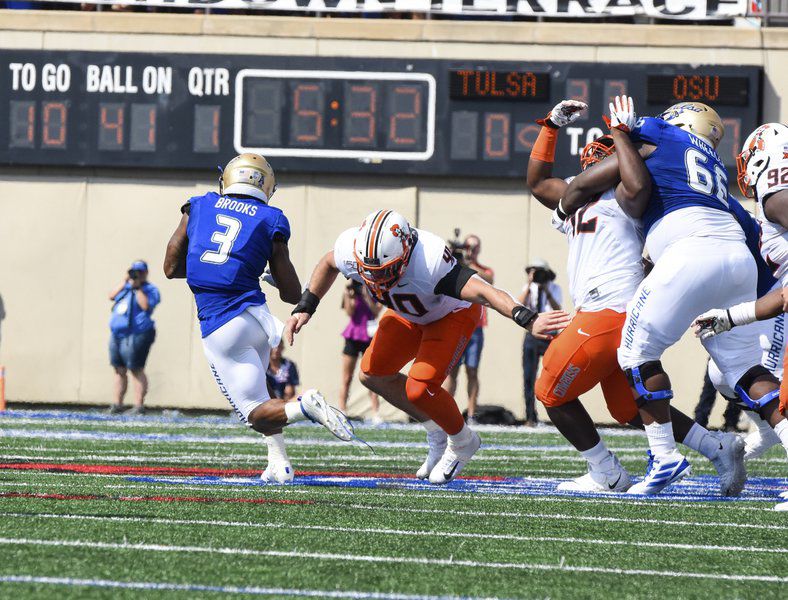 Jimmy Gillispie/Stillwater News Press Oklahoma State linebacker Malcolm Rodriguez is getting back to his wrestling roots by working out with the Oklahoma State wrestling team, along with Cowboy defensive end Brock Martin.

John Smith has lost track of the amount of talented young wrestlers he saw playing football at the college level.

There are two next door to Gallagher-Iba Arena right now who have had an impact in the Oklahoma State football program.

But with the football program in its offseason, and the former state champion wrestlers still getting an itch for the winter sport, they have joined the Oklahoma State wrestling team – though more in a training capacity than in a competitive role.

“They’re helping us in those upper weights. So it’s good to have them. Appreciate coach (Mike) Gundy letting them come over.”

Martin was a three-time state champion at Oologah, while Rodriguez won two state titles at Wagoner.

It’s not the first time Cowboy football players have joined the wrestling room at Oklahoma State.

Smith said the interest to get into the room came from the players themselves, and with the connection between Gundy and Smith, it wasn’t a surprise to see the pair of Pokes get the chance to wrestle again.

“Coach Gundy over the years has helped me with some of my heavyweights send some guys over,” Smith said. “I know when Steve Mocco was wrestling, you know, he’d go through so many guys that we needed some extra. So anyway, it’s good to have them and they’re doing good.”

Oklahoma State has been struggling at heavyweight this season, something Smith admitted to with Austin Harris – who started the season with the expectation of wrestling at 197 pounds – fighting to gain weight while also trying to avoid being a liability going up against wrestlers with distinct weight advantages.

So what are the odds of Rodriguez – who is listed at 205 pounds on the Cowboy football roster – or Martin – who weighed in at 242 pounds during football – possibly starting in a dual for the wrestling team?

“We’ll see,” Smith said. “You know, I think that they’re in there and hope in playing a really important role for us right now. They help with the two heavyweights we have, and if we see some real advancement and conditioning levels get to a level, you never know. But their conditioning level’s not there.”

Oklahoma State will host a pair of opponents this weekend at Gallagher-Iba Arena. The Cowboys will take on South Dakota State at 7 p.m. Friday, before facing former Big 12 foe Missouri at 2 p.m. Sunday.