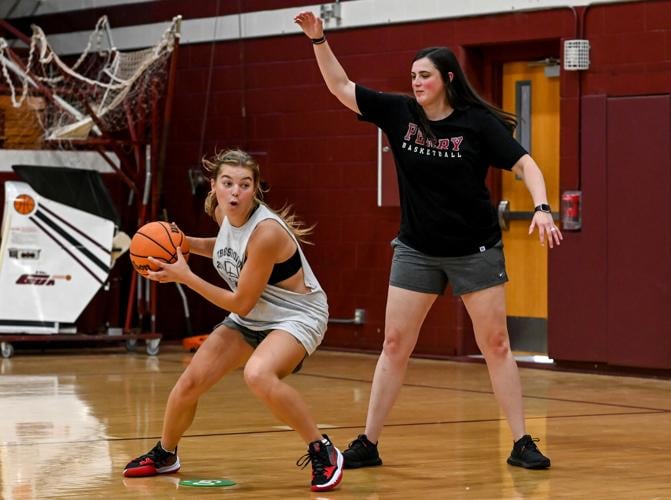 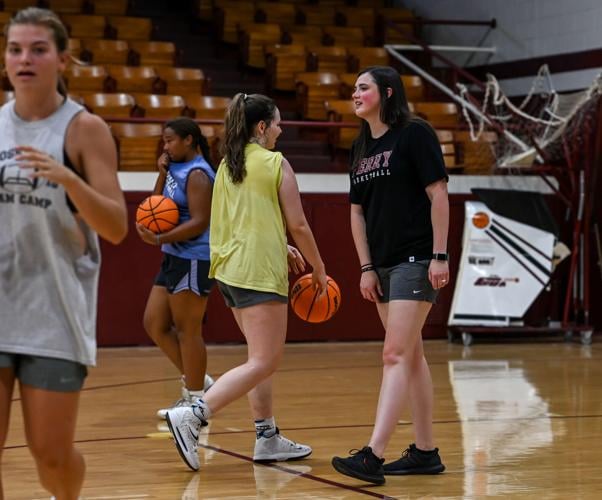 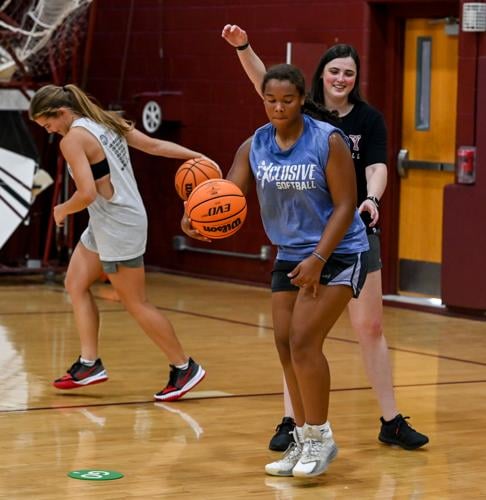 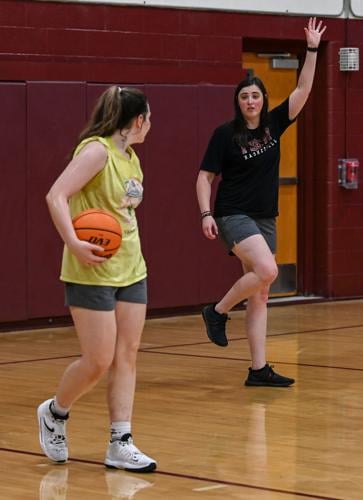 Carson Mathews had always worked with basketball programs at Class 6A schools, but the idea of coaching in a small town intrigued her.

Her mother, who grew up in Chickasha, told her stories about the important role of high school sports in rural Oklahoma.

Now, Mathews has the opportunity to experience this type of support as a first-year head coach in a tight-knit sports community. In May, Perry’s board of education approved the hiring of Mathews as the high school girls’ basketball coach. She will succeed Paul Duncan, who accepted an administrative position at Shidler after leading Perry to the Class 3A state semifinals for the first time in program history.

Mathews, from Edmond, said Perry left a positive impression on her when she visited for her job interview.

“Everybody I met here was super, super nice,” Mathews said. “And I left thinking I would love, love, love to be here and have this opportunity to coach here.”

Although she was moving from Class 6A to 3A, Mathews was taking a leap. She had never been a high school head coach before, but she realized the time was right. Mathews had been steadily building her coaching resume since the age of 19, when she worked with Stillwater’s middle school girls’ basketball program while taking college classes.

In 2018, Mathews obtained her bachelor’s degree in health education and promotion with a minor in coaching science from Oklahoma State. After her time at Stillwater, she became an assistant coach at Moore High.

She had spent a couple of seasons there when Moore coach Brent Hodges and assistant Johnny Bonds assured her she was ready for a head coaching position. Mathews said she was a little unsure at first, but when she saw the Perry opening, she decided to go for it.

The good news greeted her when she was in Disneyland with her mom and sister for Mother’s Day. In the colossal theme park that bills itself as a place “where dreams come true,” Mathews received the call she had eagerly awaited.

She had landed her first head coaching job.

Although Mathews was flooded with positive emotions, the job transition brought a pang of bittersweetness when she said goodbye to a Moore squad that had bonded with her.

“Of course, that was hard,” Mathews said. “I made good connections there. … But they were really excited for me. They know this is my dream, to lead my own program, so they were really, really great and just encouraging.”

Next, Mathews strives to establish similar connections at Perry, embracing the chance to be a mentor. Mathews said as a teenager at Edmond North, she was grateful for guidance from Karlie Free, the basketball coach who set a positive example as a young woman leading a program and continues to inspire her.

“I just think, if I could even do that for one girl, then I’ve made a difference,” Mathews said. “I think I’m really just excited to get here, for them to see a young, hopefully strong, female (coach) step in and see that I have their back and that I’m here for them.”

Mathews also has lofty goals on the court. Although several key players from the state semifinal team graduated, she considers the new team to be a state-tournament-caliber squad, too. Mathews expects contributions not only from returners such as Maebry Shields and Kennedy Hight, but also from players who are stepping into varsity roles.

Before basketball season, Mathews has time to acclimate to her new routine at Perry – she is teaching biology and recently learned she is coaching cross-country, too. She and her husband, Jesse, are also searching for a place to live in Perry, planning to move from Edmond so they can join the community.

New endeavors await, and this week has already been busy. Mathews has been working with Perry’s girls’ basketball team during open gym, enduring the heat in the non-air-conditioned old gym until the court is refinished in the new one. With large fans circulating cool air throughout the space, Mathews is bringing her team together and figuring out what this school year could bring.

“I know everybody’s names now,” Mathews said. “That’s the big first step for me is learning everyone’s names and faces and just a little bit about them, so I’ve been around enough for that. I’m excited.”