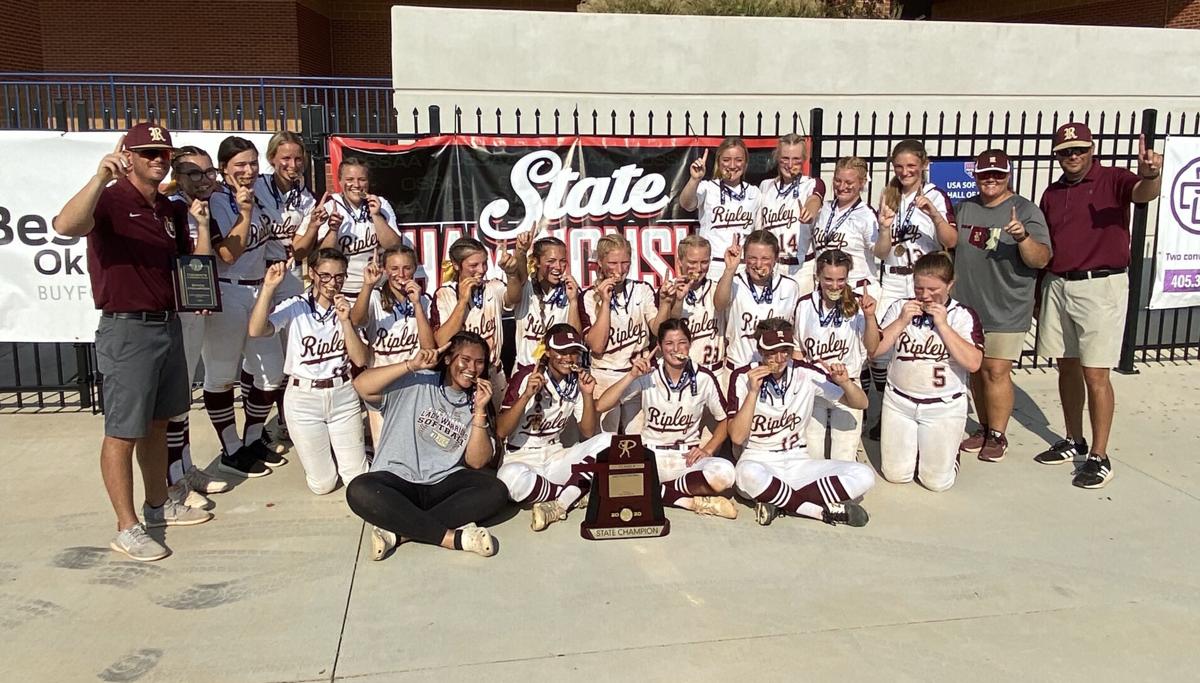 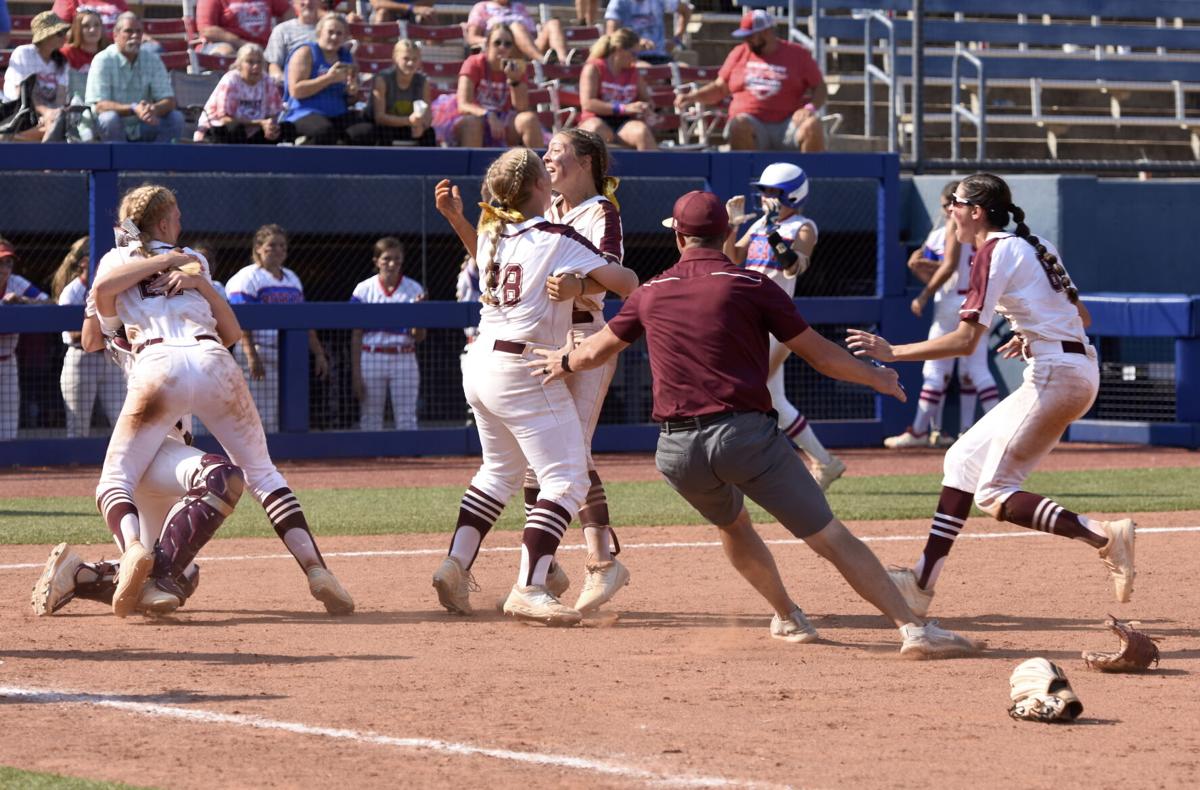 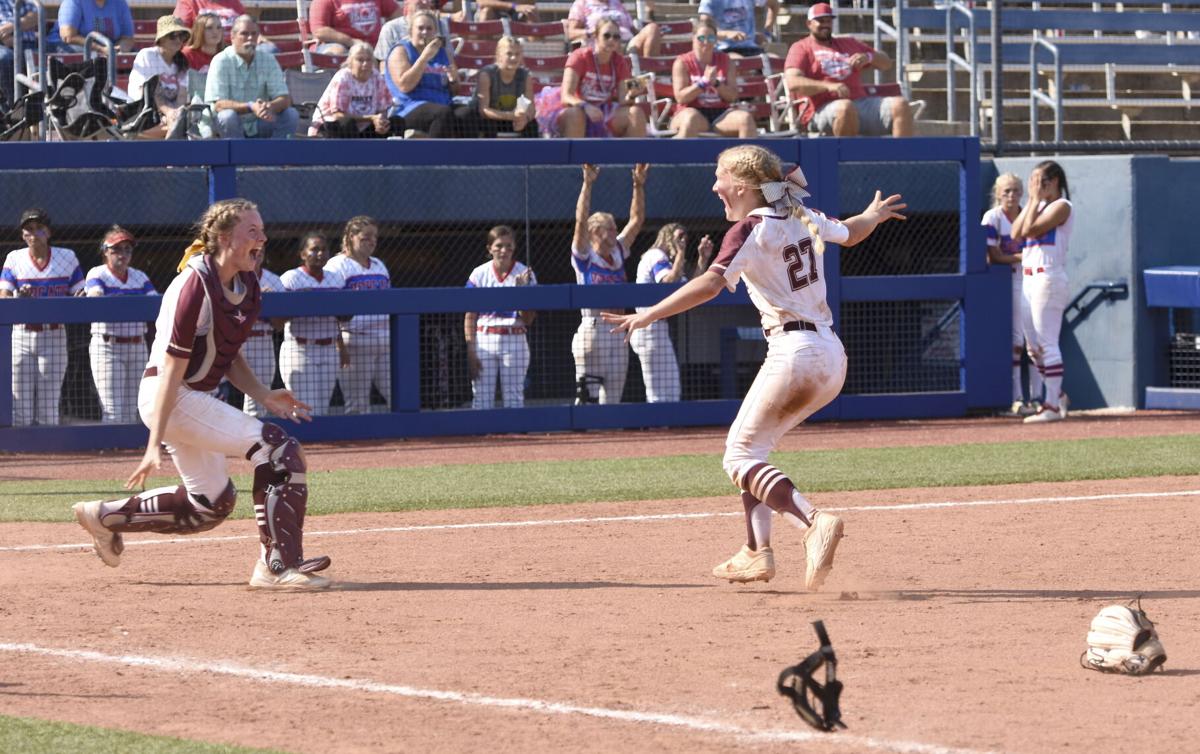 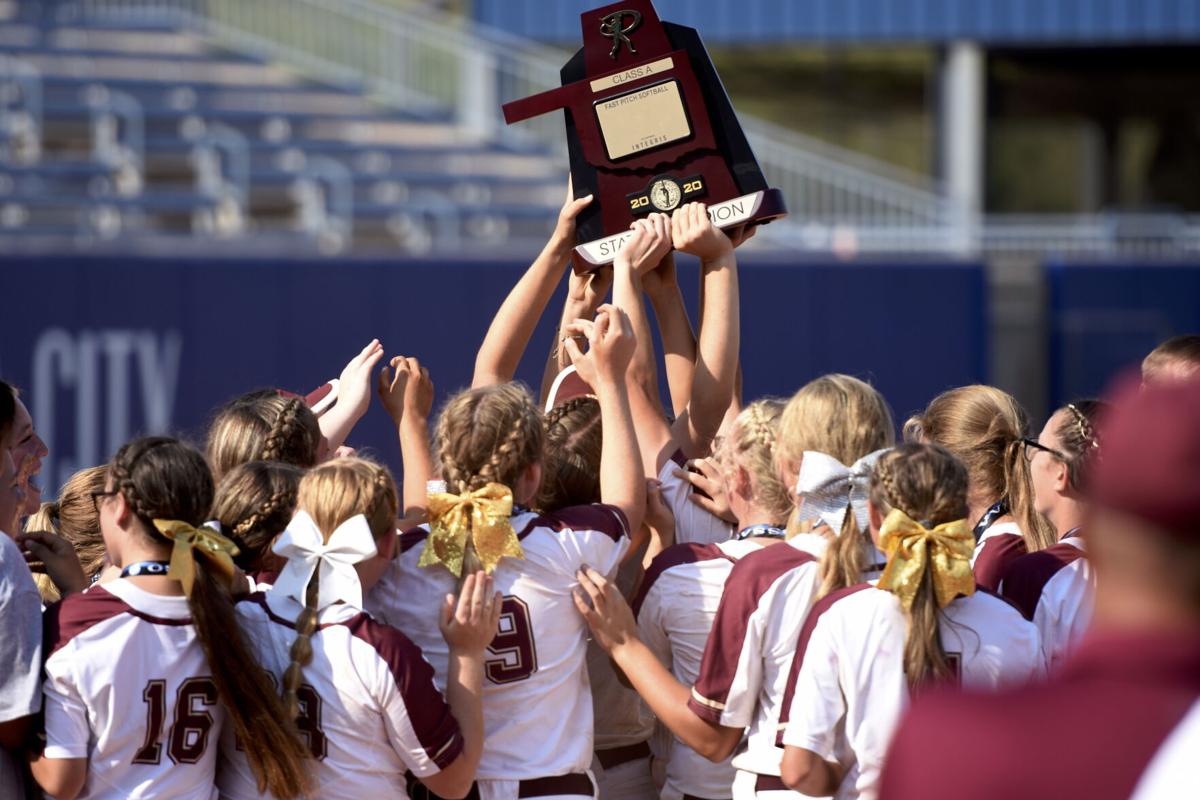 Their theme for the 2020 season was “Unfinished Business” after losing in the 2018 state finals and the 2019 state quarterfinals. They wanted to make history this year, and not leave OKC with anything less than gold.

After some drama in the final half inning where four-time state champion Binger-Oney finally put some runs on the board, Ripley made enough to plays to win its first Class A fast-pitch state championship.

The Lady Warriors’ 6-4 victory earned the school’s first state title in any girls’ sport. The only state championship Ripley had previously won was the 2002 boys’ basketball title.

“It feels good to finally reach the tip-top of the mountain,” Ripley High coach Kaleb Hoffman said. “We were so close in 2018, and we’ve had so many teams before this team that laid the groundwork for today to come. Year after year, we continued to get a little bit better and a little more state tournament experience. … We stepped out here and acted like we had been here before, and it’s because of that great experience we had in the past.”

Ripley took command of the game early and never relinquished it, despite Binger-Oney trying to at least tie the game in the final half inning. Ripley grabbed a 2-0 lead in the first inning.

Carlee Mollet began the game by earning a leadoff walk before Dakota Hall dropped a sacrifice bunt to move Mollet to second base. Betty Wolfe gave the Lady Warriors a 1-0 lead on an RBI double to the left-center field gap. Two batters later, Kelsie McCollom reached first on a throwing error, which allowed Wolfe to score and give her squad a 2-0 advantage.

A second Binger-Oney error helped another Ripley run to cross the plate in the second inning. An error at shortstop allowed Taylor Boyd reach base. Two batters later, Saylor Collier reached on a fielder’s choice before scoring during the next at-bat when Mollet hit an RBI triple to deep center field, giving Ripley a 3-0 lead.

The Lady Warriors left two runners in scoring position in the fourth inning, they added another run in the fifth, taking a 4-0 lead. Brooklyn Gobble hit a one-out triple and McCollom followed with an RBI single to score her teammate.

Ripley’s two additional runs scored in the sixth proved huge an inning later when Binger-Oney rallied, but left the tying run at the plate. In the sixth, Ripley led off with four-straight bunts that resulted in an throwing error to allow a baserunner, a single, a sacrifice and a fielder’s choice.

Those four bunts allowed Hall – the leadoff batter – to score on the fielder’s choice. Mollet reached on the bunt single and later scored on an RBI single by Gobble.

In the bottom of the seventh, Binger-Oney led off with two singles before a strikeout and third single that scored its first run of the contest. The next batter reached on a fielding error, which loaded the bases.

The Lady Bobcats’ Korbyn Skipworth cleared the bases with a three-run double to the left-center gap, cutting the lead to two runs. The game ended during the ensuing at-bat when a grounder was hit to Ripley second baseman Kendyl Overton who threw to her sister, first baseman Carolyn Overton, for the routine out.

“The first year we made the state tournament, we had a lead with two outs in the seventh and they ended up scoring two runs,” Hoffman said. “Ever since that year four years ago, we play 21 outs almost every day in practice. We talk about how to win a state championship, you’ve got to play 21 outs and that 21st is the hardest to get, and it proved true.”

Ripley players and coaches charged the field and dogpiled in celebration as their fans screamed in the stands.