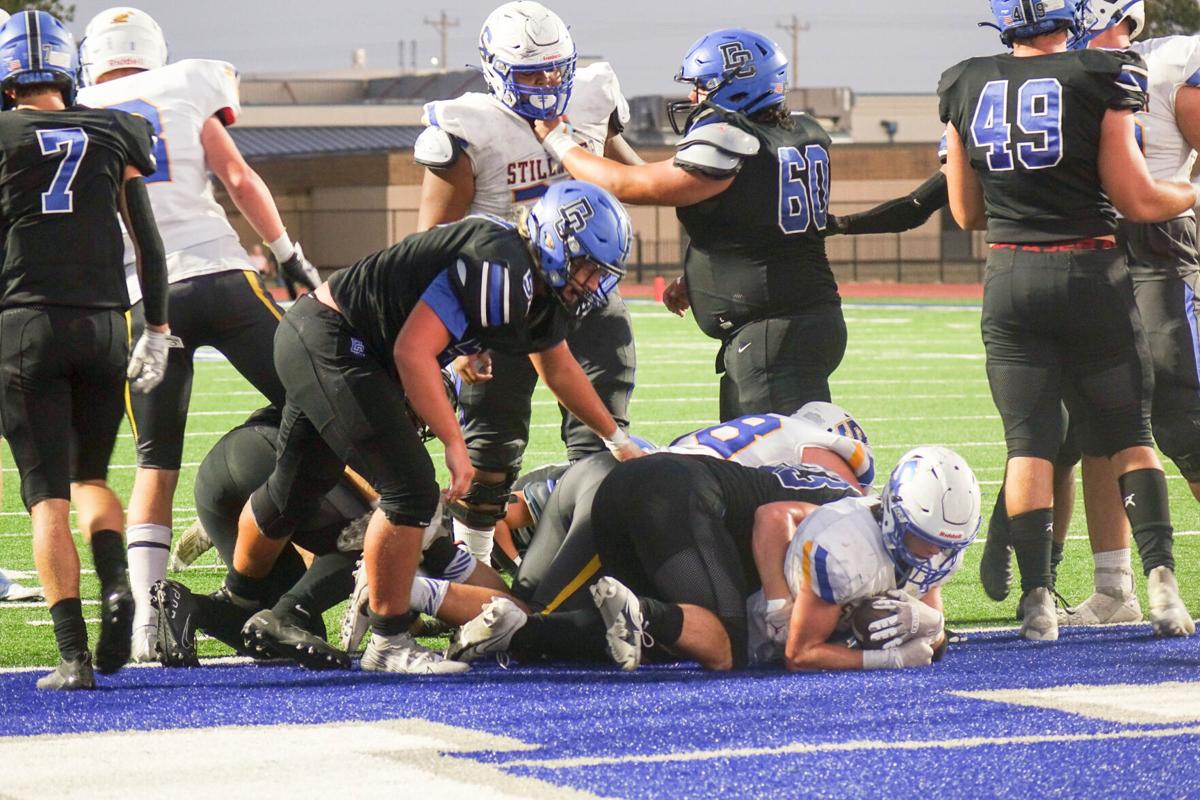 Stillwater rusher Holden Thompson punches into the end zone on a 1-yard rush during Friday night's game against Deer Creek. 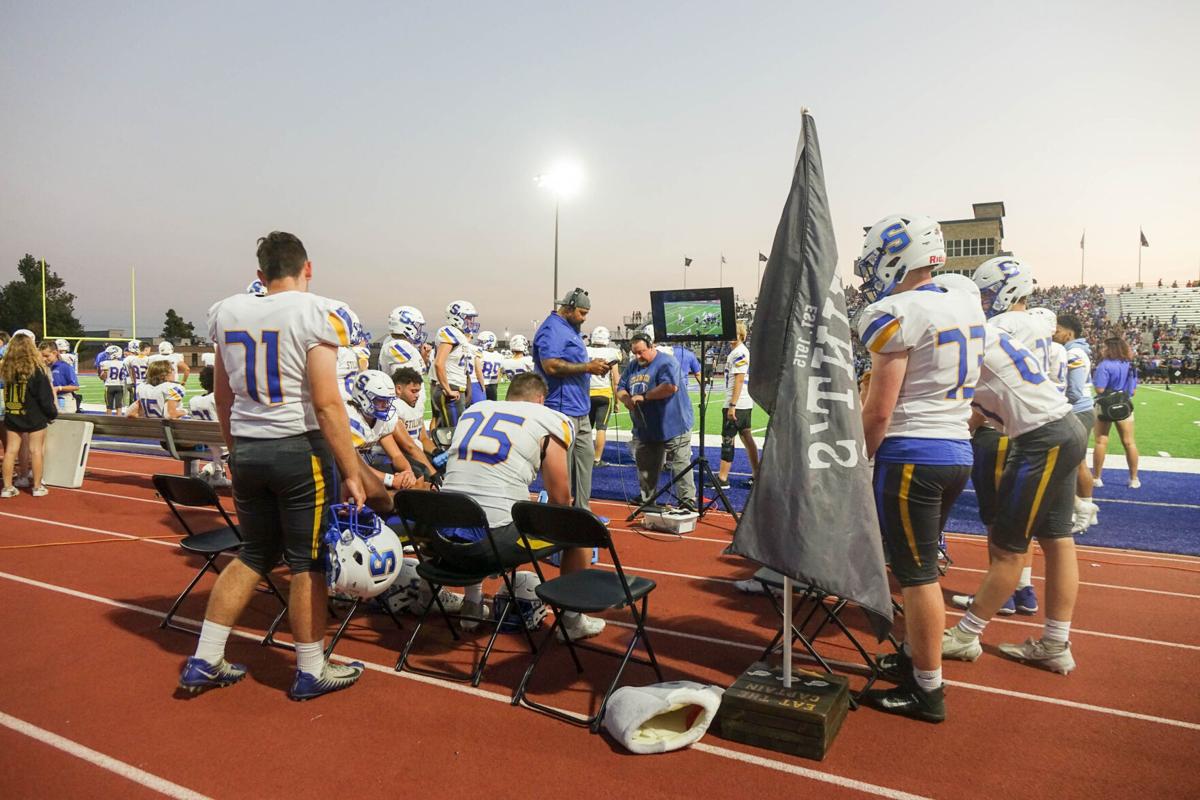 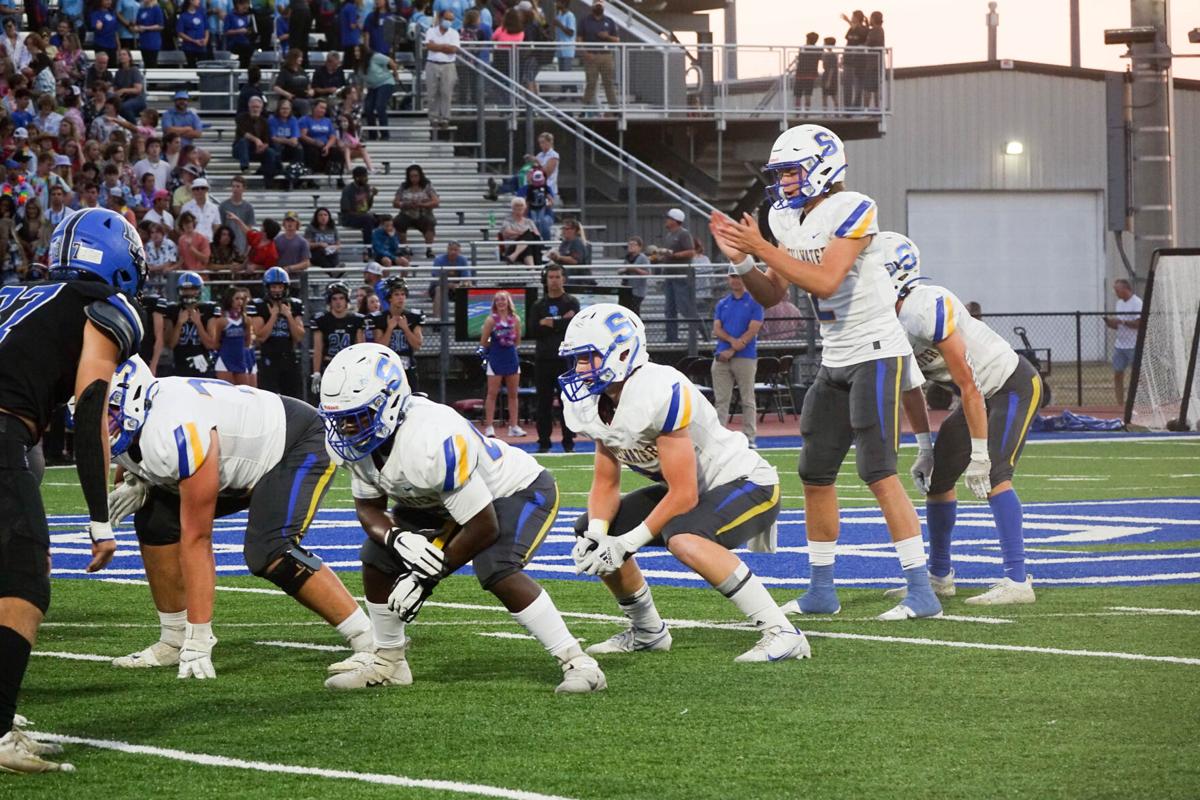 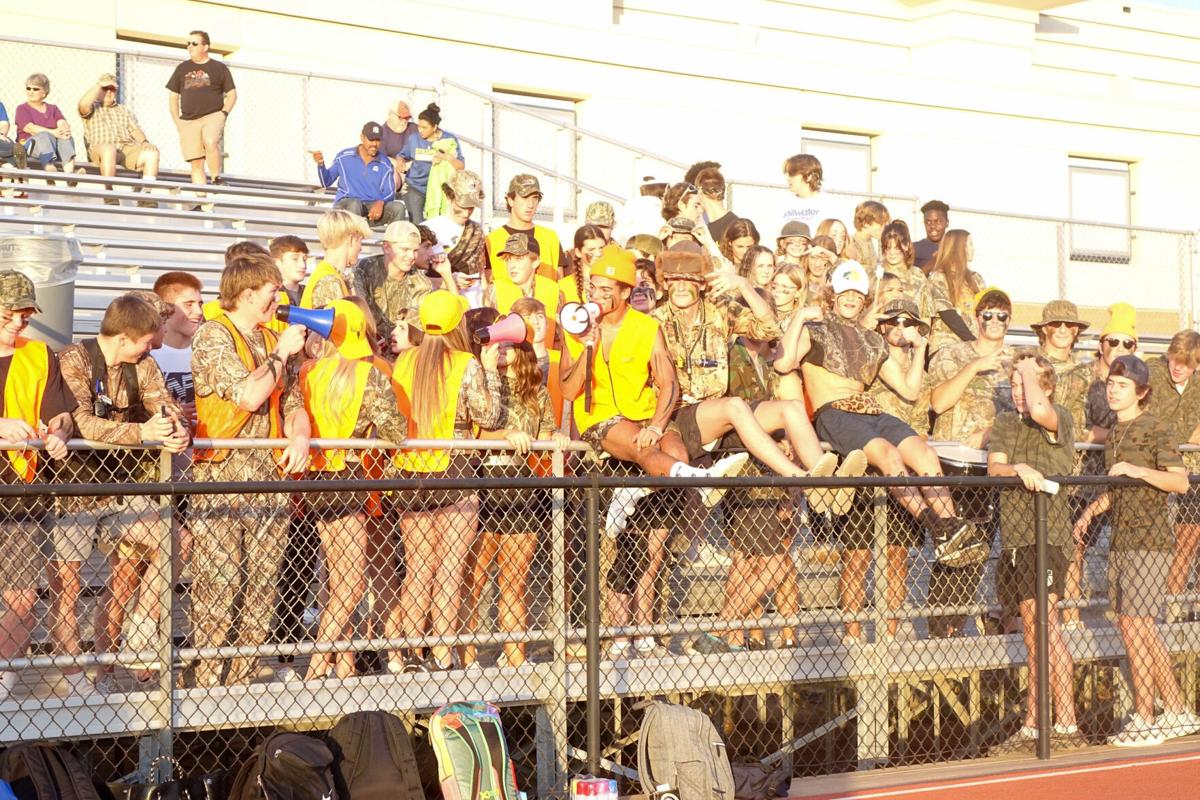 The Stillwater student section is dressed in hunting gear as the Pioneers face the Antlers on Friday night.

Stillwater rusher Holden Thompson punches into the end zone on a 1-yard rush during Friday night's game against Deer Creek.

The Stillwater student section is dressed in hunting gear as the Pioneers face the Antlers on Friday night.

Two weeks ago, after sealing a non-district victory against Mustang with a deep touchdown pass on fourth down, junior quarterback Gundy said he knew the Stillwater High football team would likely find itself in a similar situation later in the season.

He and his teammates didn’t have to wait long for another thrilling game, and once again, they won with late heroics. This time, the Pioneers needed two overtimes, but they fought their way to a 35-28 victory against Deer Creek-Edmond on Friday night on the road. The Pioneers shattered the Antlers’ undefeated record to open Class 6A-II District 1 play, and Stillwater’s district win streak extended to 21.

“Everybody was calm again,” Gundy said. “This has already happened to us against Mustang, so we kind of knew what to do. We had to hurry up to the ball, try not to take sacks and get out of bounds, and we just got the job done.”

With less than a minute left in regulation, Gundy gave the Pioneers (3-1) the boost they needed to force overtime. Deer Creek’s punt had pinned Stillwater on its own 6-yardline, but Gundy powered the Pioneers across the field on the ground and through the air.

He capped the drive with an 11-yard touchdown pass to senior receiver Ty Smithton, and kicker Chase Edwards made the point after touchdown to tie the game at 21.

The Pioneers and Antlers each struck with one touchdown in the first overtime, but in the second, Stillwater took control. Sophomore running back Holden Thompson scored the winning touchdown, charging into the end zone from Stillwater’s 4-yardline on third down.

After Edwards kicked the ball between the goalposts to give the Pioneers their final lead, the Antlers (3-1) had a chance to send the game into a third overtime, but Stillwater’s defense denied Deer Creek that opportunity.

In the final minutes, Stillwater coach Tucker Barnard noticed his defense living up to its high-pressure, confident identity. His “back to basics” approach in practice worked to help the Pioneers bounce back after their Week 3 loss to Bixby.

Stillwater endured its share of troubles against Deer Creek. The Pioneers missed multiple opportunities in the red zone because of the Antlers’ disruptive defense. Twice, Bryson Rouse picked off Gundy’s fourth-down passes, and he carried his first interception 97 yards for a touchdown that tied the game at 14 with 3:25 left in the third quarter.

As Gundy expected, district play brought a new set of challenges to the Pioneers, but they persevered with a statement victory. Next, the Pioneers host Del City at 7 p.m. Thursday.

The Pioneers have a quick turnaround for continuing their district schedule, but first, they had some time to relish the win.

“I don’t have any words to explain it,” Thompson said. “It’s just amazing. … I have so much adrenaline right now, it’s crazy.”