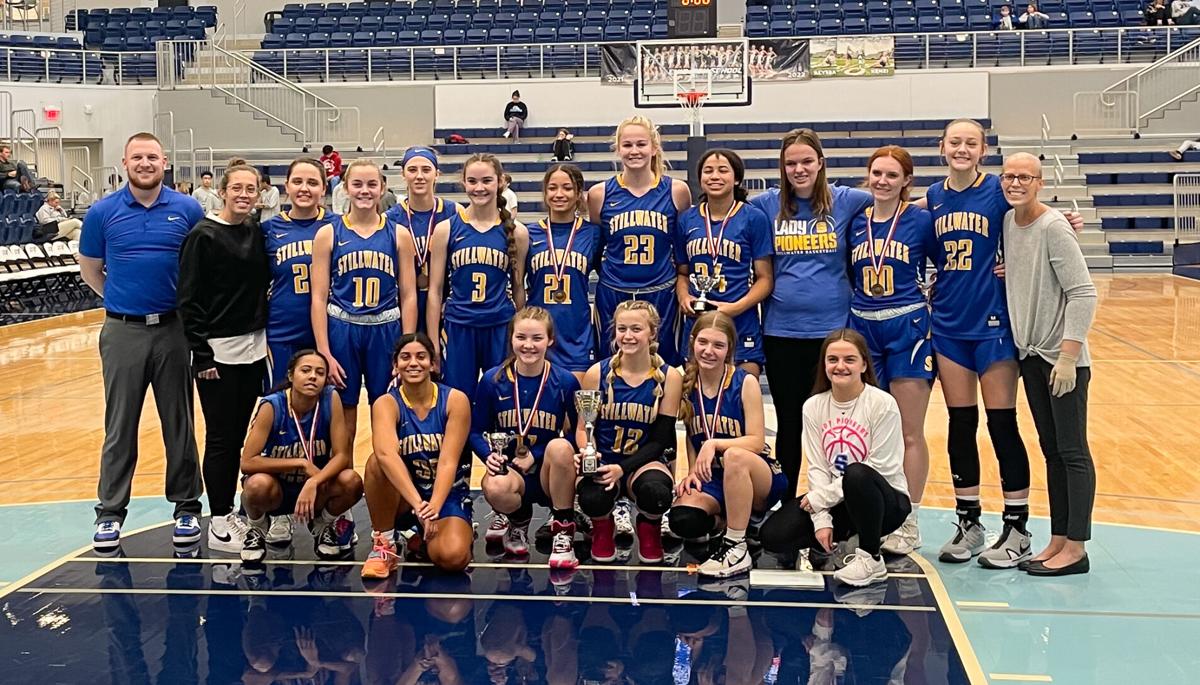 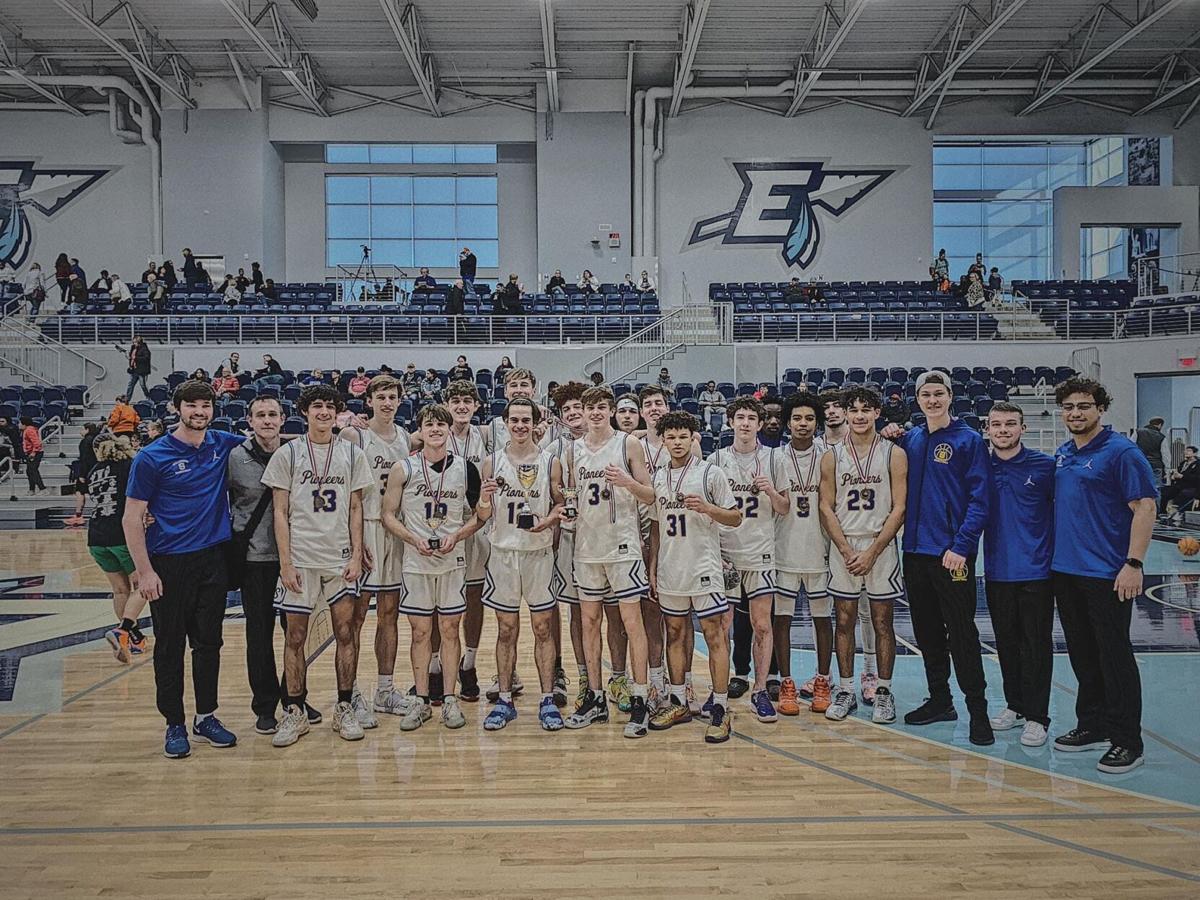 Both of Stillwater High’s basketball teams returned from the Enid Holiday Classic with trophies.

The girls defeated Enid to finish third in an eight-team bracket Saturday.

Then the boys did the same.

The girls won 78-35 in their final game of the tournament, and the boys stormed past the Plainsmen 56-39 to secure their third-place trophy. Assistant coach Nataly Murray had mentioned that the Lady Pioneers needed collective contributions on offense, and she saw them achieve that goal in Enid.

“Everybody got in, and they all contributed,” Murray said. “...It was a lot of fun. I think the girls were having fun, and that’s what we’ve just been trying to express to them is just to have fun and enjoy it.”

The 17th-ranked girls opened tournament play with their first win of the season, pushing past OKC Storm 73-63 on Thursday. The next day, Midwest City claimed a 48-42 victory against the Lady Pioneers to keep them out of the championship game, but Murray had some positive takeaways from the hard-fought matchup.

“Our defense had improved, and our rebounding was so much better than it had been in the last game,” Murray said. “So we had a lot of great things to build on.”

Instead of showing discouragement, the Lady Pioneers (2-3) carried their strengths into their final game and earned the third-place trophy. Senior Chrissen Harland and freshman Janiyah Williams received individual honors, representing Stillwater on the All-Tournament squad.

The boys’ team also had two All-Tournament honorees: seniors Bayden Reese and Gunnar Bratton. Reese eased his way back into the lineup after an ankle injury had kept him from playing against Edmond Santa Fe earlier in the week, and coach Scott Morris said Reese’s return gave the Pioneers an immediate boost.

“It’s like he picked up right where he left off, which is difficult to do at this level,” Morris said. “So we’re really proud of him for not only battling the injuries, but being able to come back and contribute at a high level.”

“It wasn’t a big flurry of a comeback,” Morris said. “It was just persistence throughout the next three quarters. We just chipped away the whole time, and when it got close down the stretch, we really executed well to get into overtime.”

The boys’ journey through the tournament mirrored that of the girls, requiring them to bounce back from a Friday loss. Southeast rolled past the Pioneers 52-36 to reach the championship game and send Stillwater into the third-place matchup. There, the Pioneers toppled Enid for the trophy.

“I really challenged our guys to come out with a little more fight and intensity, and they really did,” Morris said.

The Pioneers were set to continue their road stretch with games at Yukon on Tuesday, but the girls' and boys' matchups have been canceled because of COVID-19. The games will be rescheduled for a date yet to be announced.

Next, Stillwater plans to host Westmoore on Jan. 4. The girls' game is set for 6 p.m. with the boys' game following.

“We’re not consistent enough yet, but we’re starting to establish an identity as a team and as a family of young men here,” Morris said. “That’s what we took away from the tournament, is we saw examples of positives and negatives in that area, so we’ve gotta start identifying that and start being more consistent.”