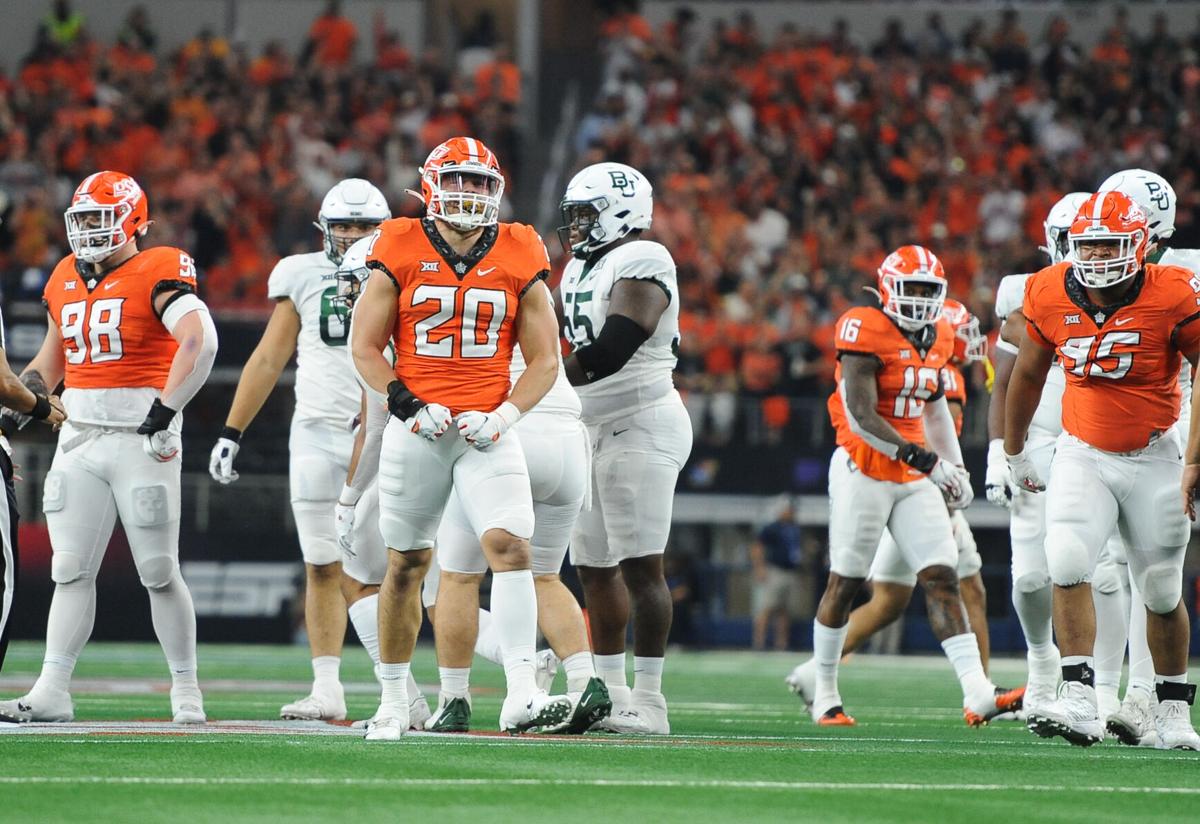 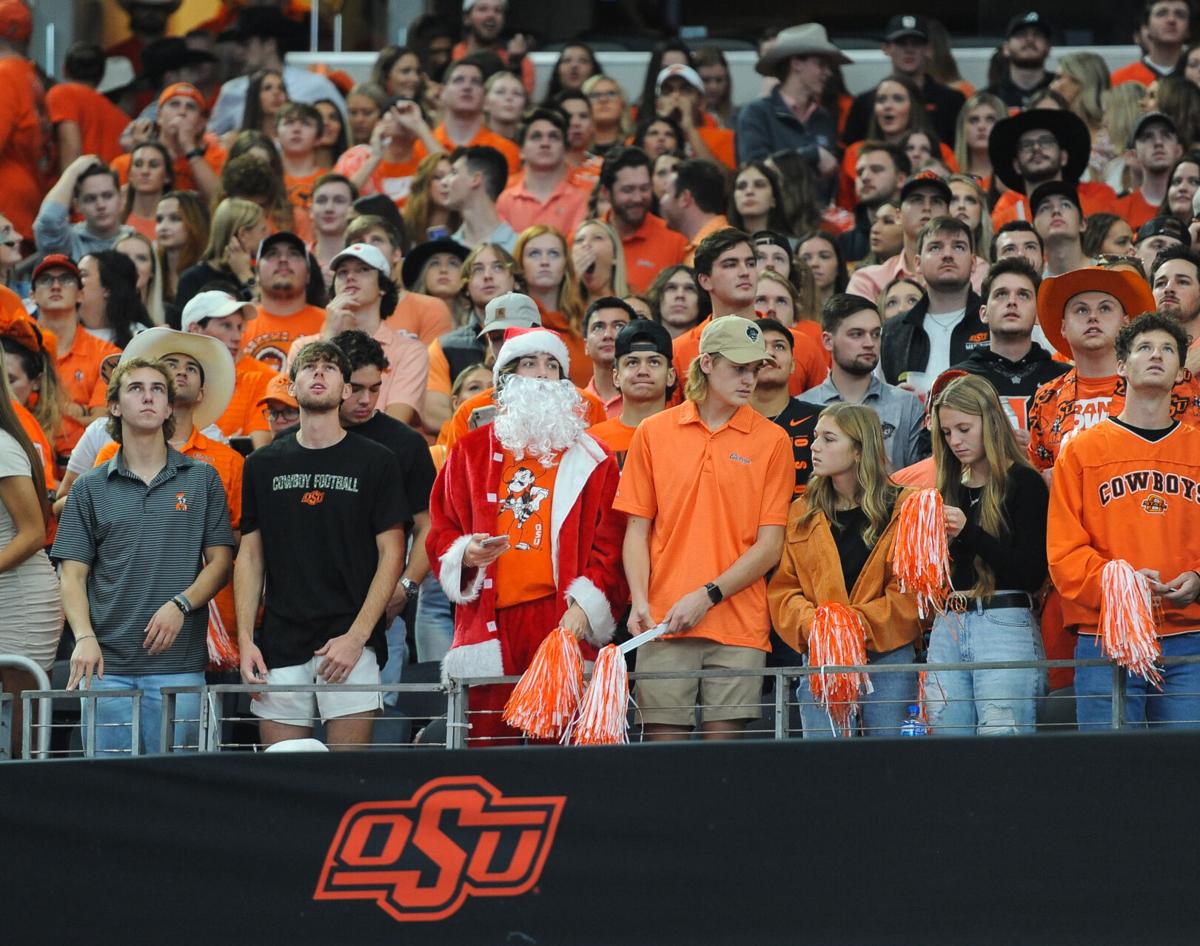 Oklahoma State football will play Notre Dame for the first time in program history in this year’s Fiesta Bowl.

The College Football Playoff committee deemed the Cowboys still worthy of a New Year’s Six bowl after losing the Big 12 Conference championship to Baylor on Saturday. The game is scheduled for a noon kickoff – 11 a.m. in Glendale, Arizona – on New Year's Day and will be televised on ESPN.

The Cowboys fell to ninth in the rankings, keeping them in the cut-off of the top 12 eligible for the marquee bowl games each year. The seventh-ranked Bears received the Big 12’s automatic bid to play in the Sugar Bowl, leaving the Cowboys as an at-large bid.

Oklahoma State will face No. 5-ranked Notre Dame – which also took an at-large bid since they aren’t affiliated with a conference. It will be the first meeting between the two programs, but Cowboy coach Mike Gundy said it wasn’t for a lack of trying.

“Years ago, we tried to work out a series, but what I was told was Notre Dame has been booked up for a long, long time, so it never worked out,” Gundy said during a Zoom call to talk about the Fiesta Bowl.

According to the FB Schedules website that tracks future schedules for college programs, the independent Irish have at least eight games already scheduled every year for the next decade and another five – through their ties to the ACC – through 2037.

The last time OSU participated in the Fiesta Bowl was at the conclusion of its 2011 season, after winning the Big 12 championship and finishing one spot out of the BCS title game. The Cowboys beat Stanford, 41-28, in that contest and eventually finished ranked No. 2 in the final standings.

Oklahoma State has been to an Arizona bowl game since then, though.

Three years after the Fiesta Bowl, the Cowboys traveled to Tempe, Arizona, to play Washington in the Cactus Bowl – winning that game, 30-22.

This trip will mark the third trip to the Fiesta Bowl in Oklahoma State history –having played in the 1974 Fiesta Bowl against BYU, winning 16-6 – and the fifth trip to an Arizona bowl, beating Indiana 49-33 in the Insight Bowl (previous name of the Cactus Bowl) in 2007.

“I remember it was a fantastic trip. It was an unbelievable atmosphere out there, playing in a beautiful stadium,” Gundy recalled of the 2011 Fiesta Bowl. “… We had a real battle with Stanford, they had the first player picked in the draft – that quarterback – they had a defense that had been very productive throughout the year. … I’m just excited about being back there again.”

Notre Dame, on the flip side, doesn’t have a great track record in the Fiesta Bowl against OSU teams.

The Irish head into the meeting with Oklahoma State under new management after the sudden departure of Brian Kelly for LSU. Marcus Freeman was elevated to the head coach position, which is set to be made official Monday.

Notre Dame elected to hold off until then to have Freeman field questions, so instead offensive coordinator Tommy Rees was on the Zoom call to preview the Fiesta Bowl.

Like many coaches across the country, he was drawn to the play of Oklahoma State’s defense, which has not allowed more than 24 points this season. By contrast, Reese’s Notre Dame offense has averaged 35.3 points per game.

“I think over the last 10 years or so when you think about that program, you think offense first, right? But I think Coach (Jim) Knowles has done a great job preparing them,” Rees said. “I think they are like second in the country on third down and third in the country in total defense. … That’s an area where if you’re not good on third down, it’s hard to win games. So that’s an area where I feel like is gonna be critical in our matchup.”

And it has been the case with coaches and media, alike: the player who jumped out to Reese is super senior linebacker Malcolm Rodriguez.

Though he was not asked specifically about Oklahoma State’s leading tackler and one of the top tacklers in the country, he instinctively talked about the Wagoner product when dissecting what he’s seen in the OSU defense.

“Rodriguez is a great player. They highlighted him (Saturday) throughout the broadcast of the (Big 12 championship) game,” Rees said.