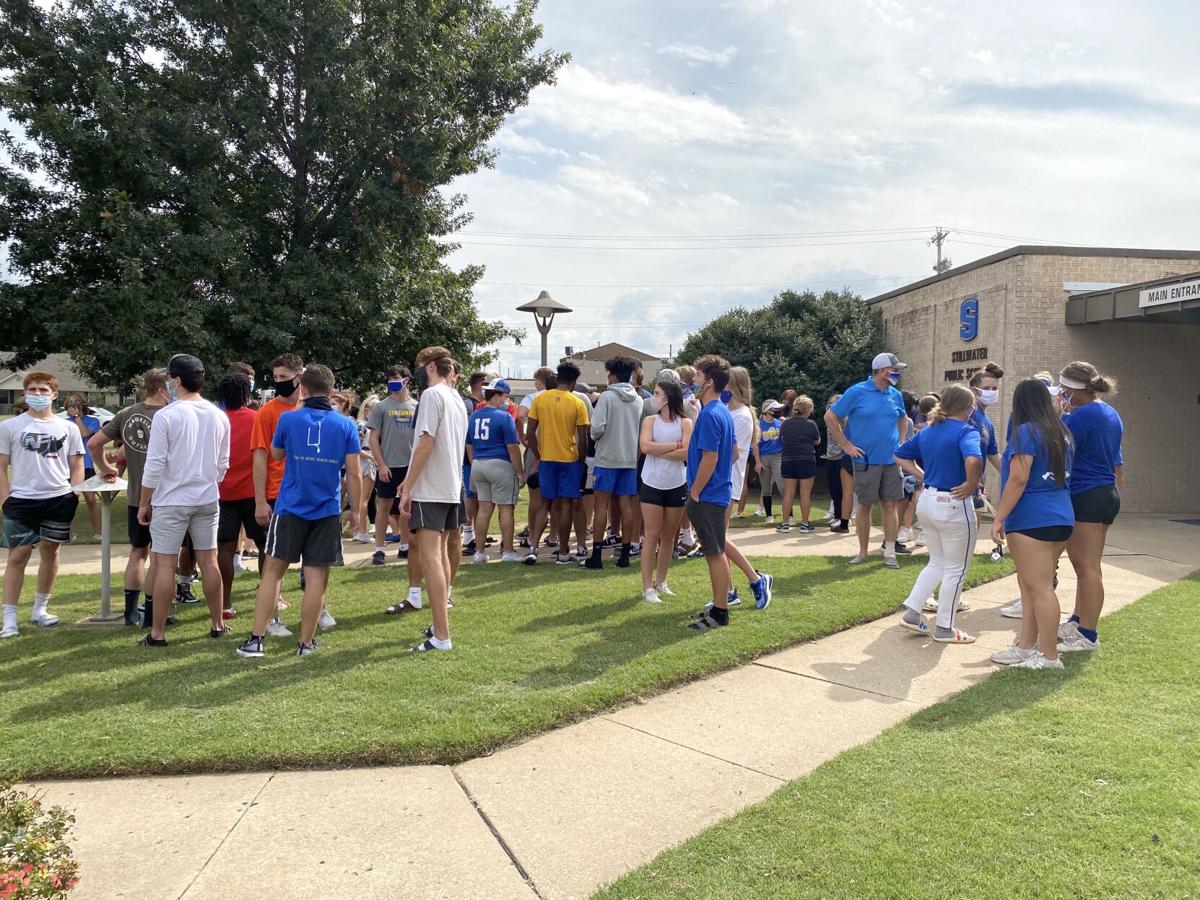 Dozens of Stillwater High student-athletes and parents protested outside the Stillwater Public Schools Administration Building on Monday afternoon shortly after SPS administrators canceled activities for the week because of a high number of COVID-19 cases in Payne County. 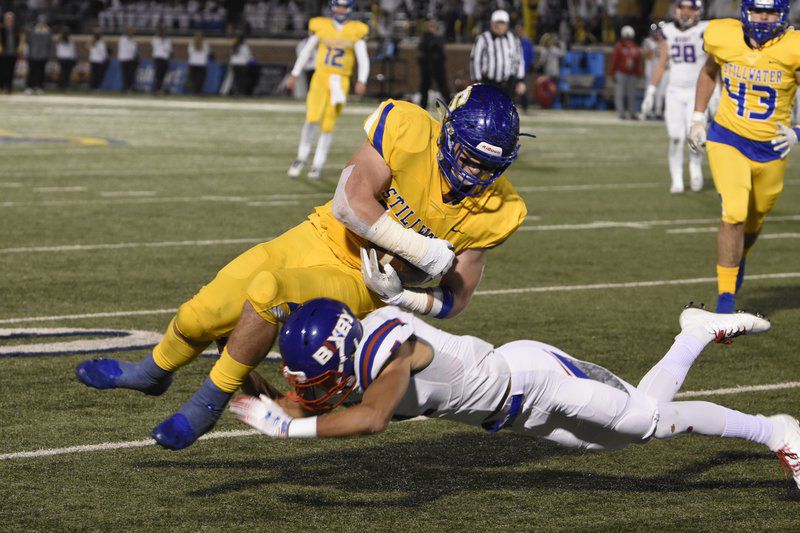 Dozens of Stillwater High student-athletes and parents protested outside the Stillwater Public Schools Administration Building on Monday afternoon shortly after SPS administrators canceled activities for the week because of a high number of COVID-19 cases in Payne County.

It was arguably Stillwater High’s most anticipated nondistrict game in many years. It’s now been canceled, along with the rest of this week’s SHS activities.

The Pioneers’ home contest against Bixby has been canceled because of COVID numbers in Payne County, not on the football team. SHS athletic director Tucker Barnard confirmed it early Monday afternoon.

“… We are COVID free. We’ve not had any transmission in our team or in any of our teams that I’m aware of. I think we’ve done a really good job of doing our part with the way that we’re working to sanitize and keep kids apart as much as possible.”

“It sucks,” McEndoo said. “I was kind of scared it was going to happen anyways. For it to actually happen, it just sucks. … It was a punch in the gut.”

The Pioneers and Spartants scheduled a home and home series in 2020 and 2021. Bixby is set to host Stillwater next year.

The idea of switching locations was proposed, but rejected.

“It was discussed,” Barnard said, “and it was not accepted. We did talk about it with Bixby, and they were willing to move the game. It’s not something our district wanted to do.

“We tried to uncover every stone we could that would give us an opportunity to play. Ultimately, this is what we came up with.”

The football team is next set to host Deer Creek on Sept. 25 to begin district play.

“We’re still planning on practicing,” Barnard said. “We’ll probably use this time to work on us. I don’t think we’ll have an opponent in mind when we’re preparing. We’ll just use it as an extra week of fall camp.”

The football game that was set for Pioneer Stadium is just one of several athletic competitions to be canceled this week. It was the most anticipated by fans and media around the state, but other events are affected.

That includes Monday’s SHS softball game at home against Choctaw. The Lady Pioneers are riding a six-game winning streak and were set to play three 6A district games this week, which included a doubleheader at Bartlesville on Tuesday, but none of those will be played this week.

“Tonight was supposed to be a big district game against Choctaw,” SHS senior Alex Griffin said. “With our stats so far in districts, we were looking like if we kept winning and working hard that we’d have a good chance of hosting regionals. Us four seniors wanted to have our senior night, win this district game, keep continuing to win and go out with a bang.”

Stillwater Public Schools posted a press release on the athletics website Monday afternoon that notified everyone of the cancellation. It reads:

“In accordance with its safety protocols Stillwater Public Schools has cancelled all athletic and extracurricular events from Sept. 13-19.

“Payne County is currently designated in the Red Level based on the Oklahoma State Department of Education’s School Safety Protocols with an average of 58.17 daily new cases per 100,000 people. Health officials have indicated much concern about the spread of coronavirus in the Stillwater community and recommend the community continue to make efforts to bring infection rates down to allow for safe participation in athletics and extracurricular activities.

At 3 p.m. Monday, a group of nearly 200 people gathered outside the SPS Administration Building to protest the cancellation of activities. The group consisted of mainly athletes and parents.

They let their voices be heard by chanting, “Let us play!” They walked around the building and chanted it at different windows and doors, all while being locked out of the building. Many of the window blinds were pulled down while the crowd was outside for nearly an hour.

It was a peaceful protest as drivers honked their horns as they drove by on Main Street.

“It feels good that all of the teams are working together to prove a point,” Griffin said. “We all just want to play. The main message is to let us play. There hasn’t been any cases or scares between any of the teams. We’re taking all of the precautions they told us to take. Everything is going fine. They just decided to rip it away from us.”

“It’s good to have everybody here,” McEndoo said. “It’s not just about football or softball or volleyball. It’s about all of the extracurricular activities. Not being able to do any of those and then not having anybody come outside and see anybody is disheartening.

Hours later, SPS issued another statement regarding the afternoon’s events and the cancellation of activities.

“Stillwater Public Schools did not take the decision to cancel athletic and extracurricular events for this week lightly,” the statement read. “When our county received a ‘red’ designation this week, SPS implemented its COVID-19 Athletic and Extracurricular Activity Safety Protocols, which called for a cancellation of all activities to help slow the spread of COVID-19 within our community, as recommended by the Oklahoma Department of Education School Safety Protocols.

“Stillwater is consistently showing one of the nation’s highest rates of spread and high positivity levels from testing. We ask that the people, businesses, and other organizations in Stillwater work to reduce the spread of COVID-19 in our community so that in-person extracurricular activities and instruction may resume for the children of Stillwater. We know our students want to play and learn together, and we desperately want that for them as well.”

Now, SHS athletes hope their seasons continue next week. They just want to play, because for some of them, their futures depend on it, as some athletes said Monday.

“I’d much rather play the last eight games on the road than not play any of the games,” McEndoo said. “The fact that we couldn’t even come to a compromise at all just kind of sucks. … For everything to happen this week sucks.