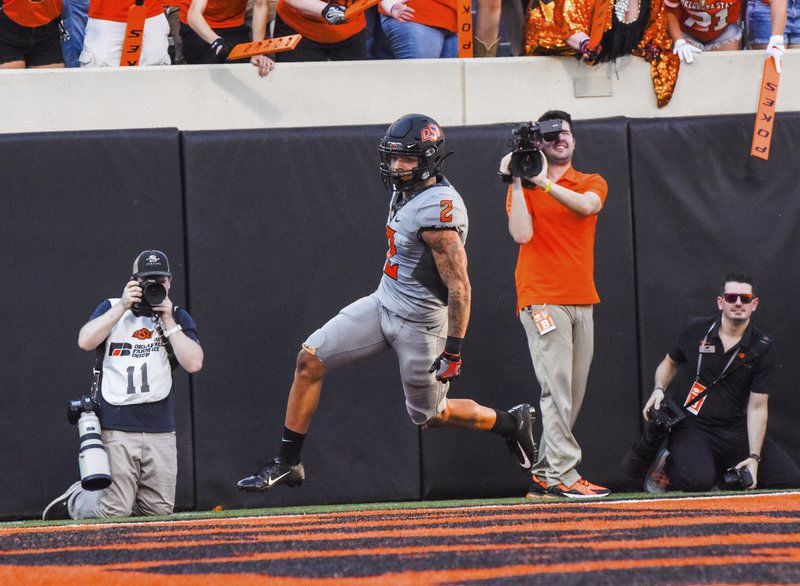 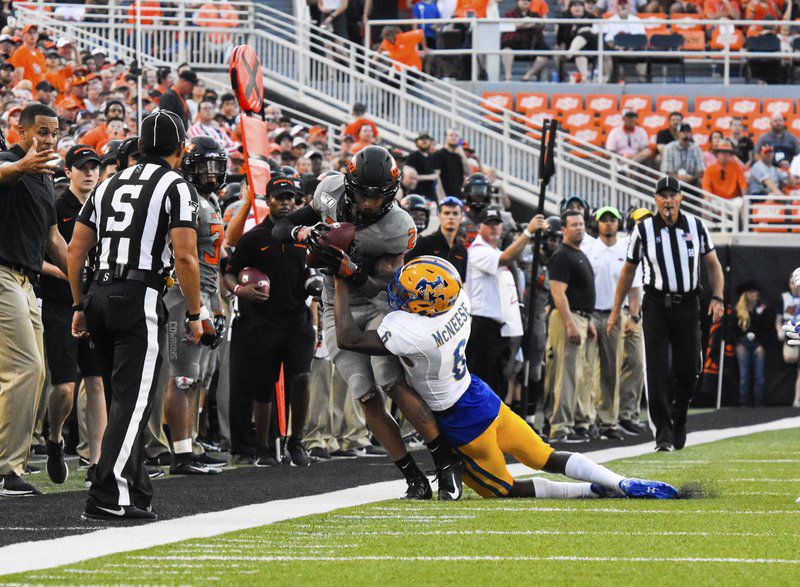 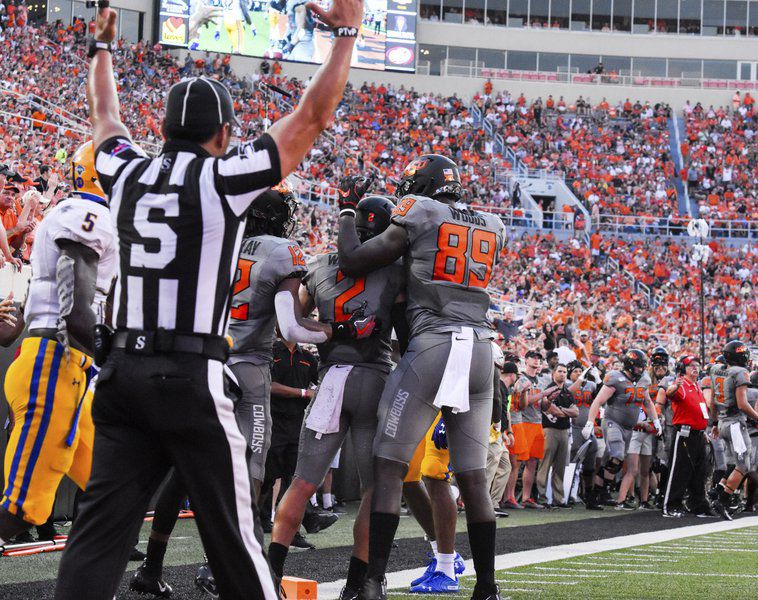 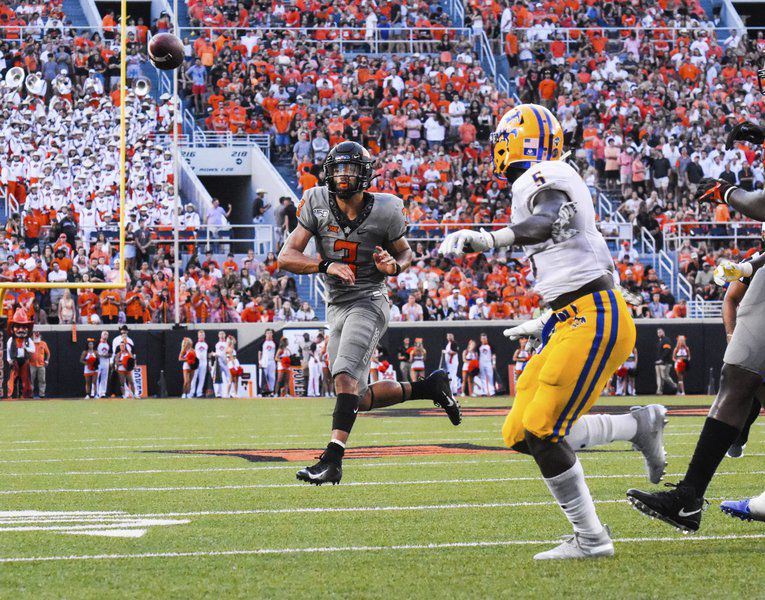 Tylan Wallace made it look easy.

Wallace, a junior and Biletnikoff Award finalist a year ago, set a couple of career records in Oklahoma State’s 56-14 victory against McNeese State at Boone Pickens Stadium on Saturday night.

Wallace built off of his solid performance against Oregon State in Week One and managed to find a way to top it. He caught five passes for 180 yards and three scores, averaging 36 yards a catch. He not only set a new career-long reception of 75 yards, but also a career-high of touchdowns in a game.

It was the first time an OSU receiver caught three touchdowns in a game since Jalen McCleskey did so at Pittsburgh in 2017.

“It felt real good going out there,” Wallace said. “I felt like me personally and the offense as a whole, we came out kind of slow. To be able to kick it in, especially in the second half, felt good.”

While A.J. Green started the game’s scoring with an interception return for a touchdown, the OSU offense took a little while to get going.

Once Wallace started getting involved, it took off. With 1:29 left in the first quarter, Wallace took a short pass on the sideline from Spencer Sanders, turned the corner, and outran the McNeese defense to give OSU a 14-0 lead. The score was his first catch of the game, and gave OSU its first offensive points.

OSU’s star receiver was not done.

In the second quarter, Wallace reeled in an acrobatic 29-yard catch on the sideline. He was barely able to get his toes in, while also tipping the ball to himself. The play gave the OSU fans another glimpse of stardom they have with the Fort Worth, Texas, native.

With his top passing option grabbing almost everything, Sanders found Wallace again later in the drive, but this time it was in the end zone for Wallace’s second score of the contest.

Wallace went into the half with four catches for 105 yards and two touchdowns, a similar stat line to what he had against Oklahoma in 2018 at the break.

It could’ve been a good stopping point, but Wallace wanted more.

On the first offensive play of the second half, Wallace caught another quick pass from Sanders, and like his first touchdown, used his speed to blaze 75 yards down the sideline for his third touchdown and two career records.

“We came out first play and I threw him a stop,” Sanders said. “I looked back to the sideline for a play, and I just see the whole crowd just go crazy, so I turn back around and he’s scoring.”

From there, Wallace got some rest on the sideline, as his job was done. He has now had five multi-touchdown games in his last eight, dating back to last year.

Whether it is against top defenses in the country or an FCS opponent in McNeese State, Wallace finds ways to make plays and pile up stats. OSU coach Mike Gundy said Wallace is arguably the best receiver in the country.

“He continues to play well and make plays,” Gundy said. “If they’re going to put one guy on him, we have to use him.

“. . . It’s a little different every week, but we expect him to make plays. He works hard and should be productive every game”